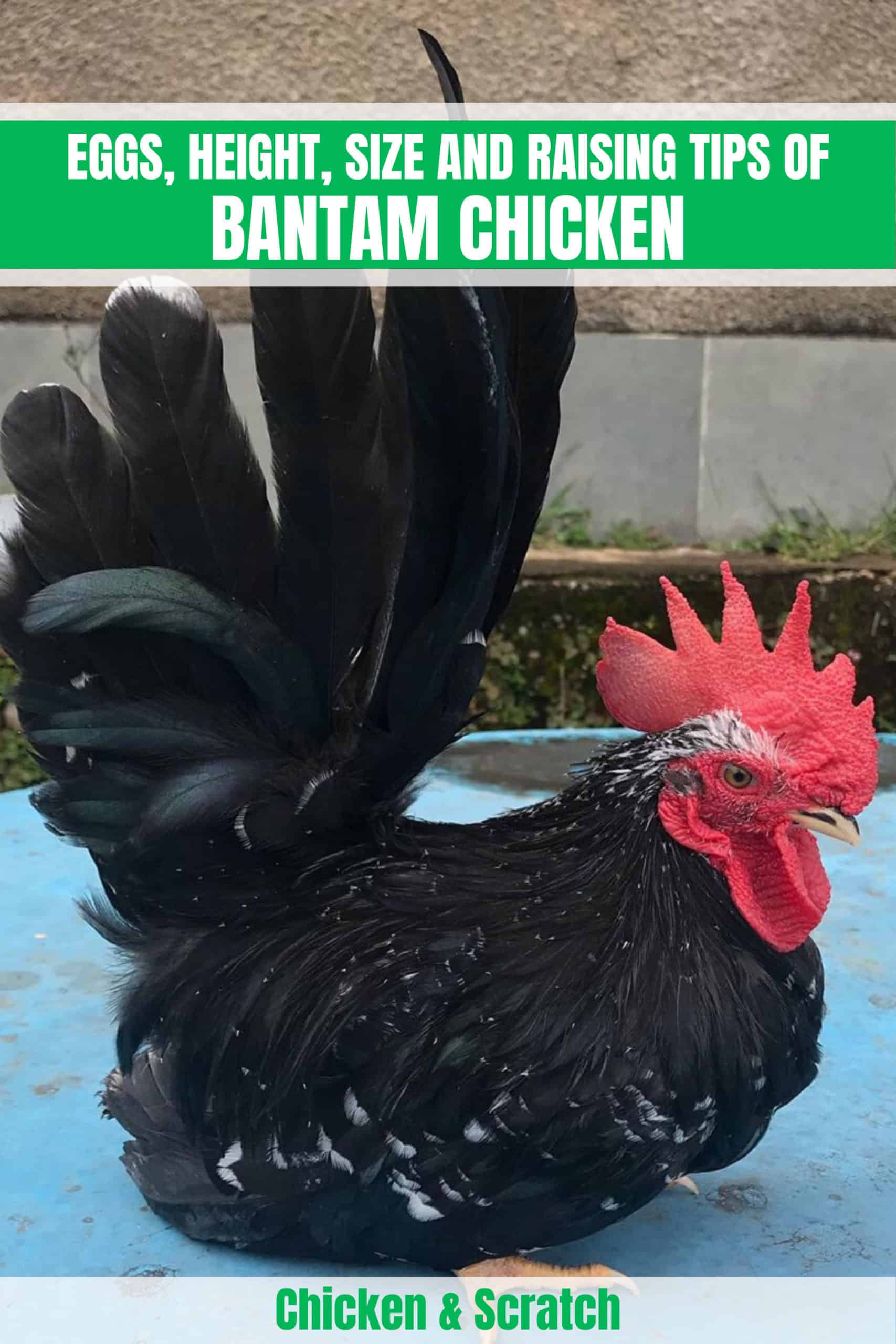 So you’ve always wanted to own a beautiful flock of chickens that would supply you with enough fresh eggs that you’d never have to add that to your grocery list again. But one problem. Your small backyard is not exactly the right environment for chickens to thrive and be happy. All hope is not lost just yet.

Bantam chickens are like a miniature version of a standard chicken. In fact, you can keep up to three bantam chickens in the same space it would take to keep just one standard size chicken. Their petite size is the perfect solution for small backyards. 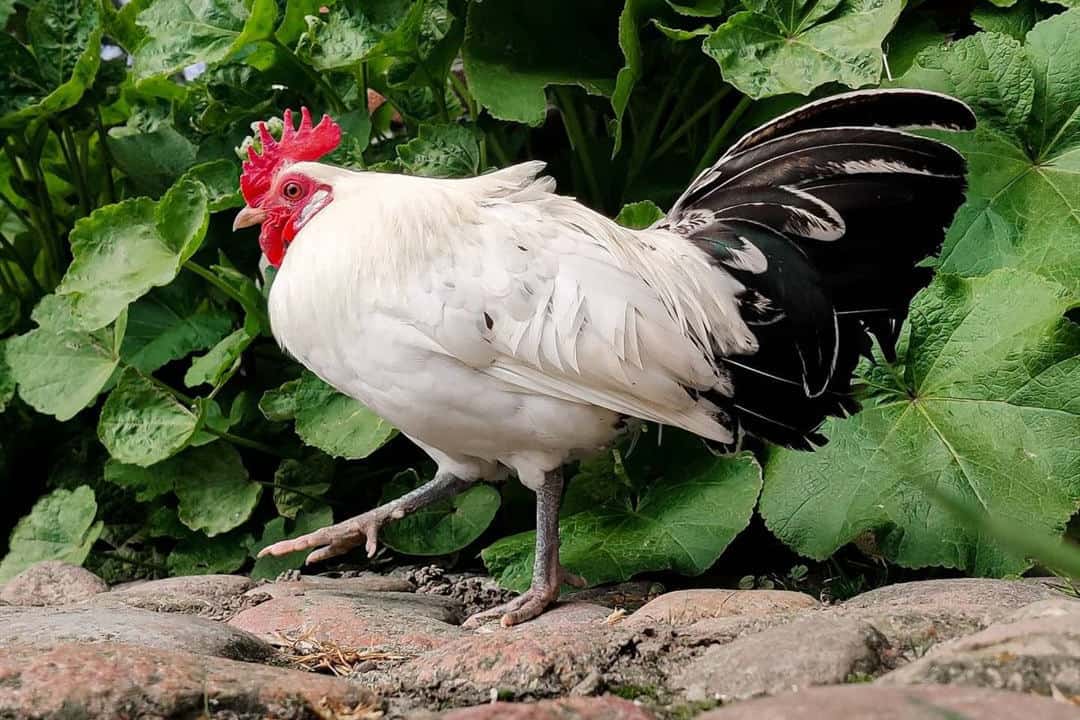 The history of the bantam chicken goes back to Bantan, Indonesia, which is one of the major ports in the country. Sailors from Europe stopped at the nearby port in Bantan to gather the necessities for their travels (food and water).

While in port, they noticed that the chickens roaming the area were much smaller than the ones they were familiar within their home country. After being intrigued by these small little birds, the sailors asked the locals about them and managed to arrange for some to travel back home with them.

The name of the town that the chickens were first discovered in traveled with the breed to Europe and other countries, which is how this specific breed of chicken got its name. However, in the English language, the name was corrupted to a different spelling and pronunciation. 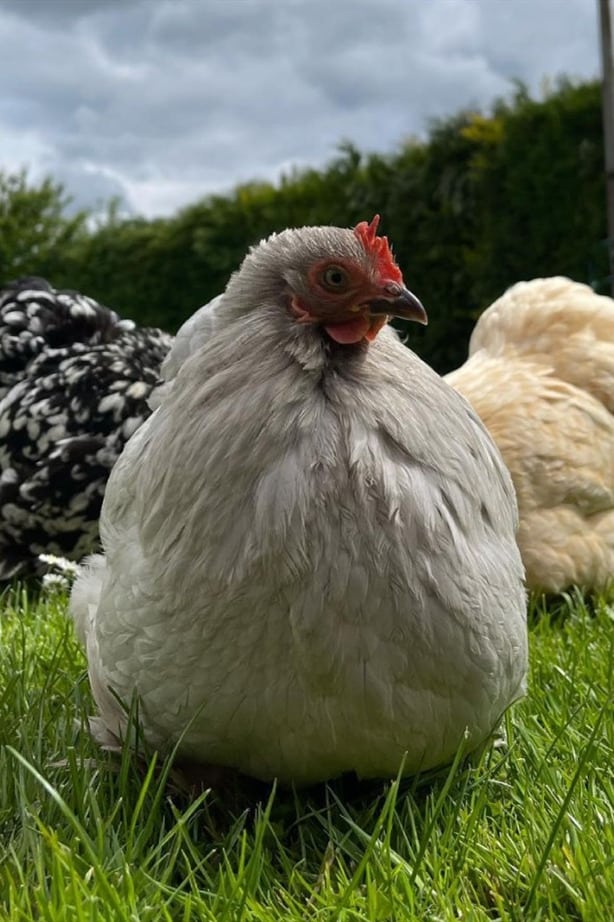 There are three types of bantam chickens, but over 400 varieties, according to the American Bantam Association. These types are true bantams, miniaturized bantams, and developed bantams.

The appearance of bantam chickens all depends on the breed and variety. The standard appearance that most of the chickens share is a short round body with a slight tilt in their walk. Bantam roosters often throw their head back and drop their wings towards the ground when they strut across the yard to show dominance.

Bantams often never weigh more than a pound in weight as an adult, which is about one-fourth the size of a standard chicken. The color of bantam chickens varies depending on the type. For instance, the Pekin chicken sports a mix of beautiful colors including black, buff, lavender, white, and red.

In bantam chickens, some of the birds are feather legged, also known as “sablespoots.” This type of chicken should be kept in a clean pen that is free of large amounts of mud and chicken litter. This prevents the feathers from getting extremely dirty and also crusty, which can provide the perfect host environment for scaly leg mites.

When it comes to how noisy bantam chickens are, they are actually rather quiet. In fact, roosters are quieter than the average standard rooster, as they reach only 60 decibels when they crow; the standard rooster reached 90 decibels.

The lifespan of a bantam chicken is average when compared to standard chickens. This breed can live a long time — for a chicken, that is. In fact, the average lifespan is between five (5) to seven (7) years — but some can even live as long as 15 years.

Personality and Temperament of Bantam Chickens 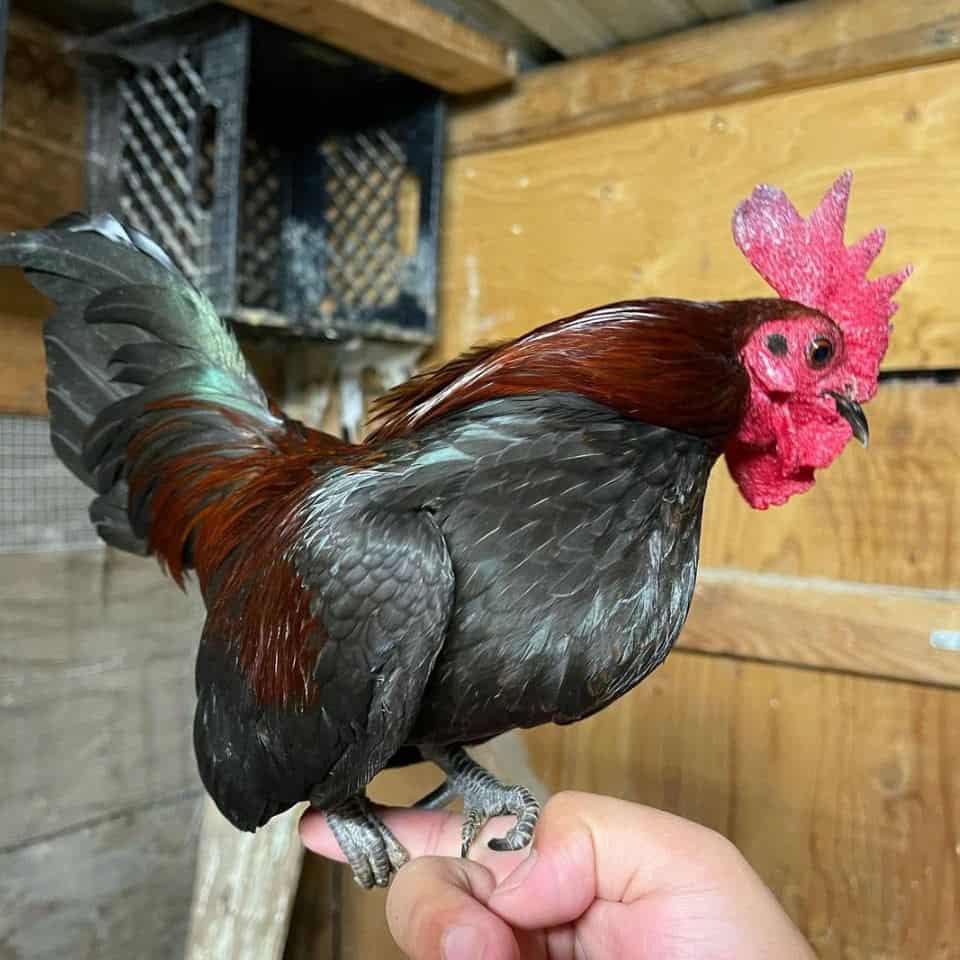 Bantam chickens are feisty in nature. Farmers have described these small chickens as having a tiger’s spirit in a small body. The strong personality that comes with bantams is one reason why they make great mother hens.

This breed is known to have no patience when it comes to intruders. If they feel threatened, they rarely flee. They will attack and fight to protect their environment, pen mates, eggs and chicks.

The average bantam chicken lays around 200 eggs a year; however, some breeds produce as little as 50 a year. These include the Japanese, Pekin, and Sebright bantam. The egg color is mostly cream-tinted, but some such as the Easter Egger bantam produces colorful pastel eggs in a variety of colors.

Once a bantam chicken starts laying eggs, they will lay every other day for about four (4) to six (6) months, then they will stop producing while they shed their feathers (called molting). Don’t worry, they will get a new set of feathers.

The eggs produced by the bantam chicken are smaller than the average egg. In fact, it is approximately half the size. When cooking, the correct ratio is for every 2 standard eggs, use 3 bantam eggs.

If a rooster is around, it is highly possible that the eggs will become fertilized. Broody hens will lay eggs and start sitting on them to keep them warm. The bantam hen will sit on the eggs for approximately 21 days until they hatch, then keep the baby chicks under her wings until their main feathers (that provide warmth) develop. 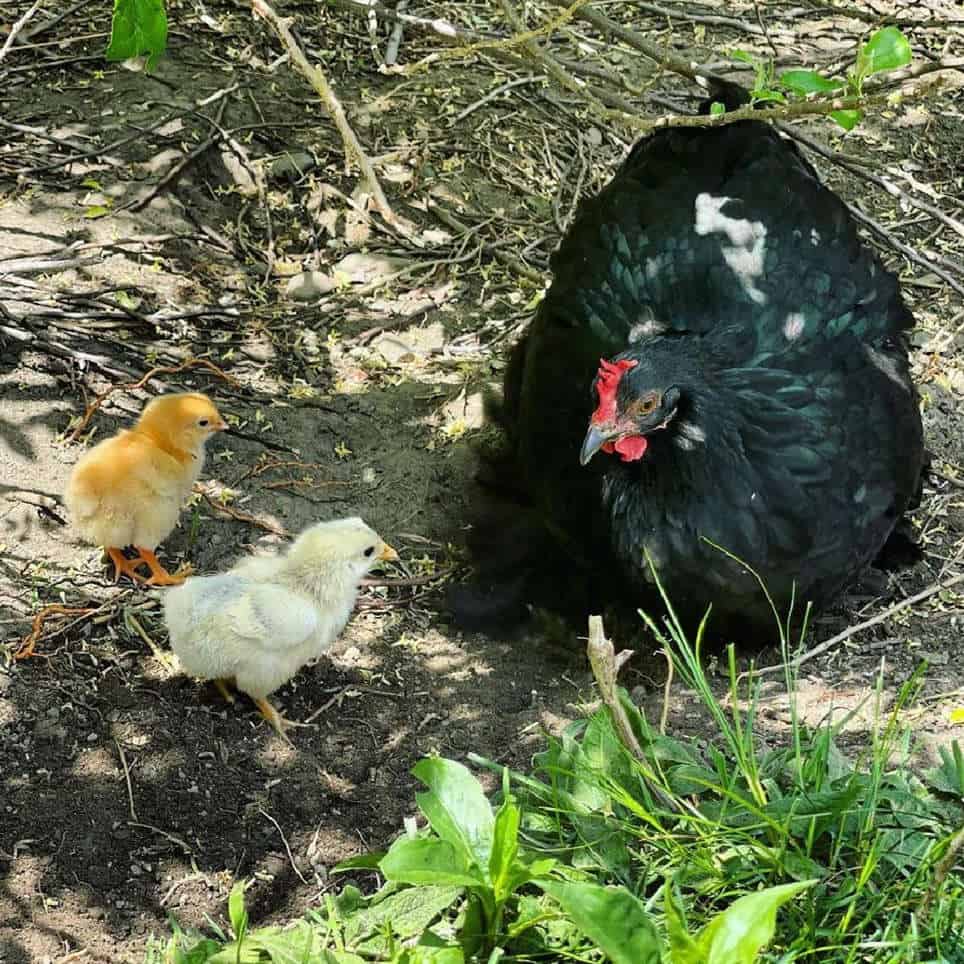 A bantam chicken will eat approximately one (1) pound of feed a month, which is much less than the average chicken. To supplement their feed, vitamin and electrolyte powder should be mixed within their food monthly as well as provide grit and calcium (eggshells are a great way to do that).

Also, it is healthy for bantam chickens to have leftover table scraps since that will provide extra nutrients.

Since bantams have leg feathers, they are more prone to scaly leg mites. The best way to prevent this is to make sure the pen remains clean and also the chicken’s legs.

One of the more fatal conditions that occur with bantam chickens is known as infectious coryza or pip. Signs of this condition are sneezing, facial swelling, a drop in egg production, nasal drainage, and swollen eyelids with drainage.

To treat a chicken that has infectious coryza, isolate her in a warm, clean environment and provide her with water and an abundance of wholesome foods such as fresh veggies, bread, and milk. 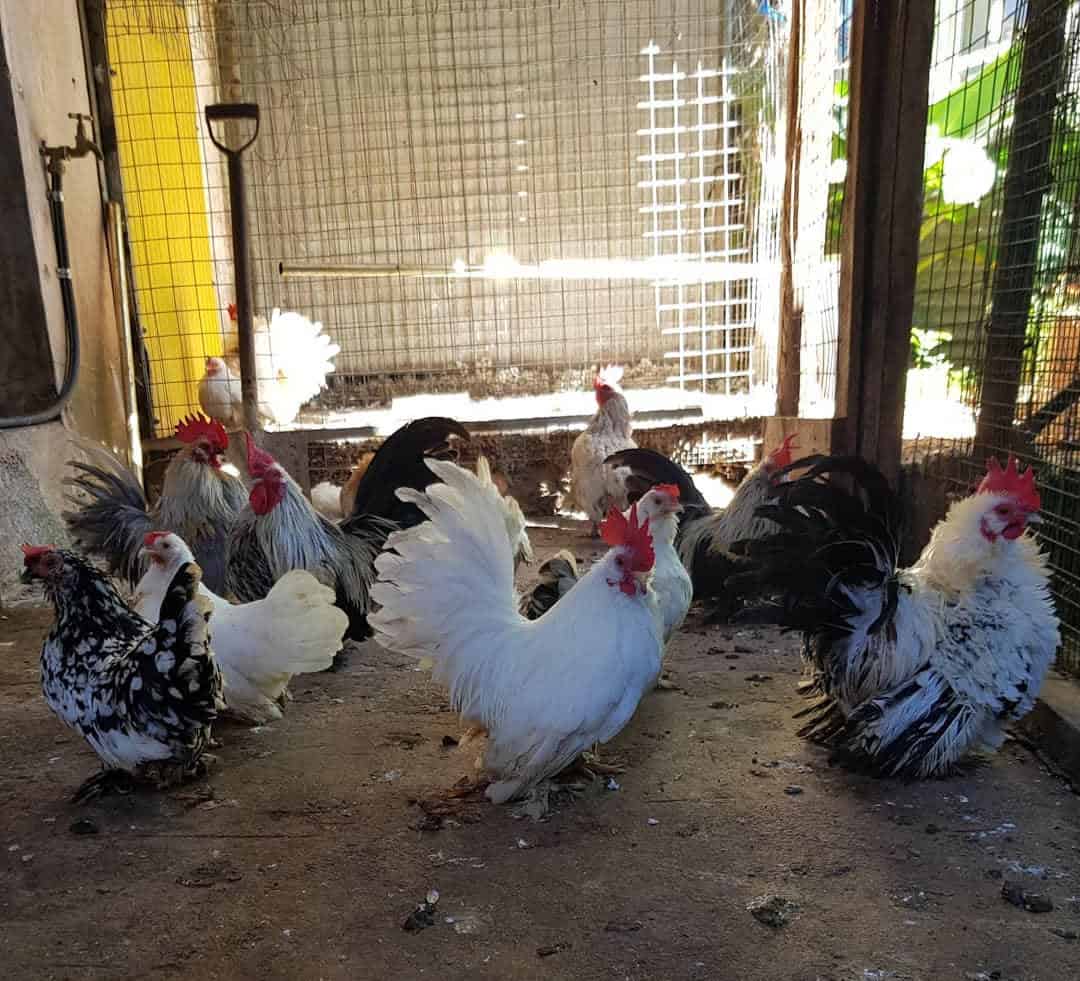 Bantam chickens can be raised as free-range or confined to a pen. Free-range means they are allowed to roam the property as they please, and are provided a shelter (or coop) to keep them safe from the elements. For confined chickens, they are usually housed in a chicken coop that has a run — or fenced-in area — that allows them to safely access the outdoors.

Regardless of how chickens are raised, it is imperative that they have a sturdy coop that will give them a place to seek shelter from not only the weather but predators. A coop should include sawdust or hay-based floor with a ladder-type setup of various heights for roosting.

There should also be boxes with hay inside for the bantam hens to nest in. The ideal setup would be that the coop has a door on it. This door can be closed at night to prevent predators from entering.

Keeping the chicken coop clean is important since mites and diseases can harbor in the waste. Using a shovel or rake to remove the dirty floor material daily will keep the coop clean and also keep the chickens happy. 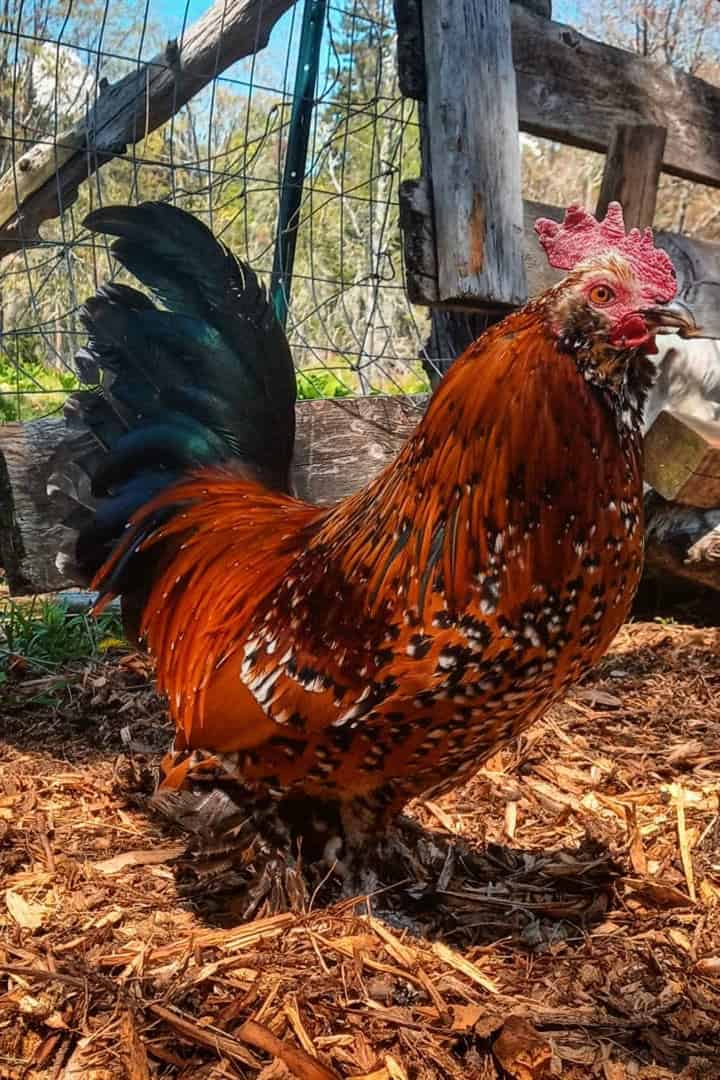 Bantam chickens are great flyers so it’s important that they have high beams to roost on and other various areas to fly to. If the Bantams will be in an enclosed area, it would be a good idea to cover the top of the run so the birds cannot fly out.

Also, secure the pen and chicken run at the bottom where the fencing touches the ground. Predators can lift the fencing to get into the run with the chickens if not secured. However, bantam chickens are very territorial and are willing to fight to protect their eggs, chicks and themselves.

When it comes to storing eggs, it is perfectly okay to leave the eggs from bantam chickens out on the counter in a basket as they do not have to be refrigerated.

Raising chickens is not as hard as it may seem. Just like with any animal, they need shelter, food, water, and attention. The same applies to bantam chickens. Being able to watch these small birds enjoy life is entertainment in itself — the eggs are just a delicious bonus. 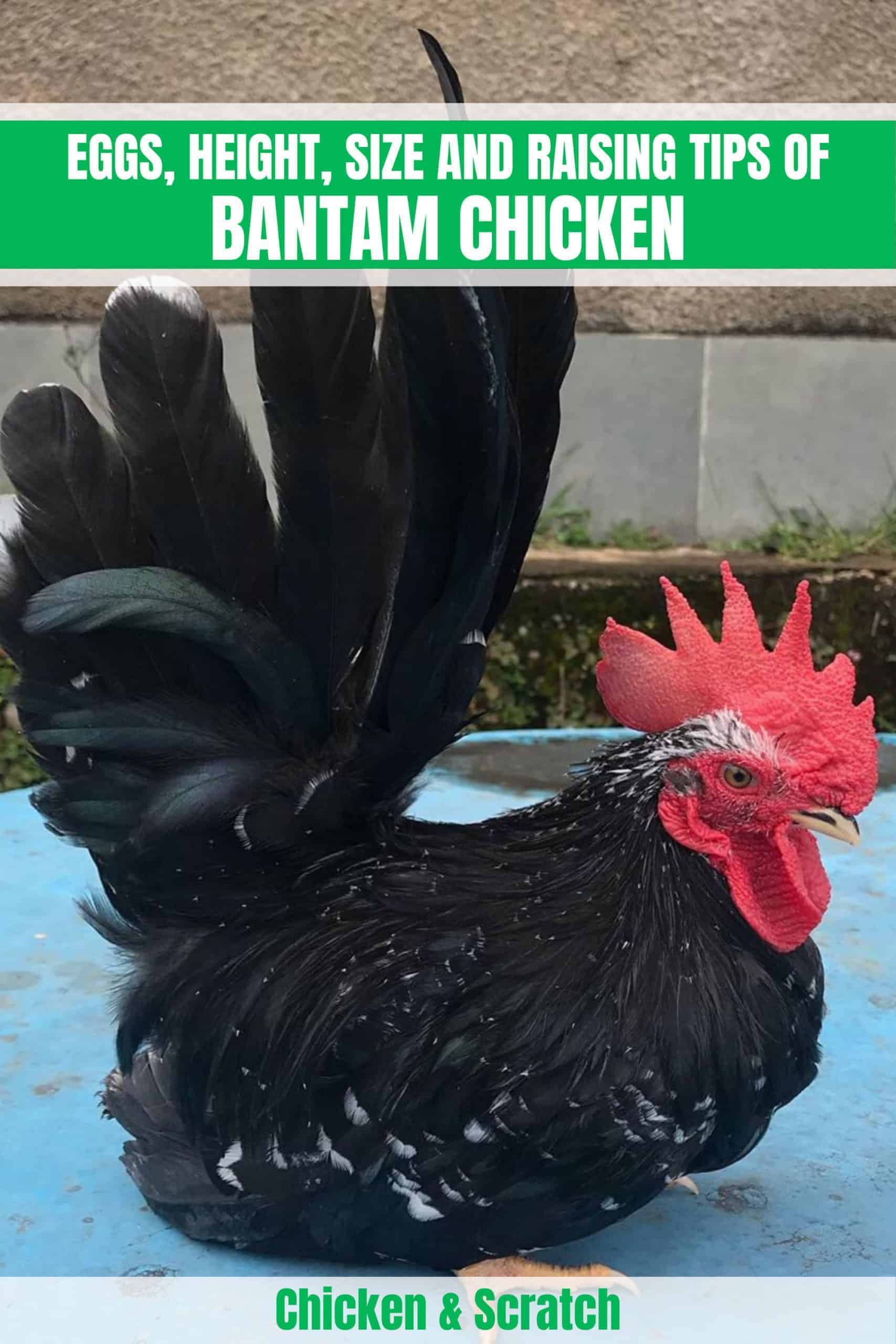