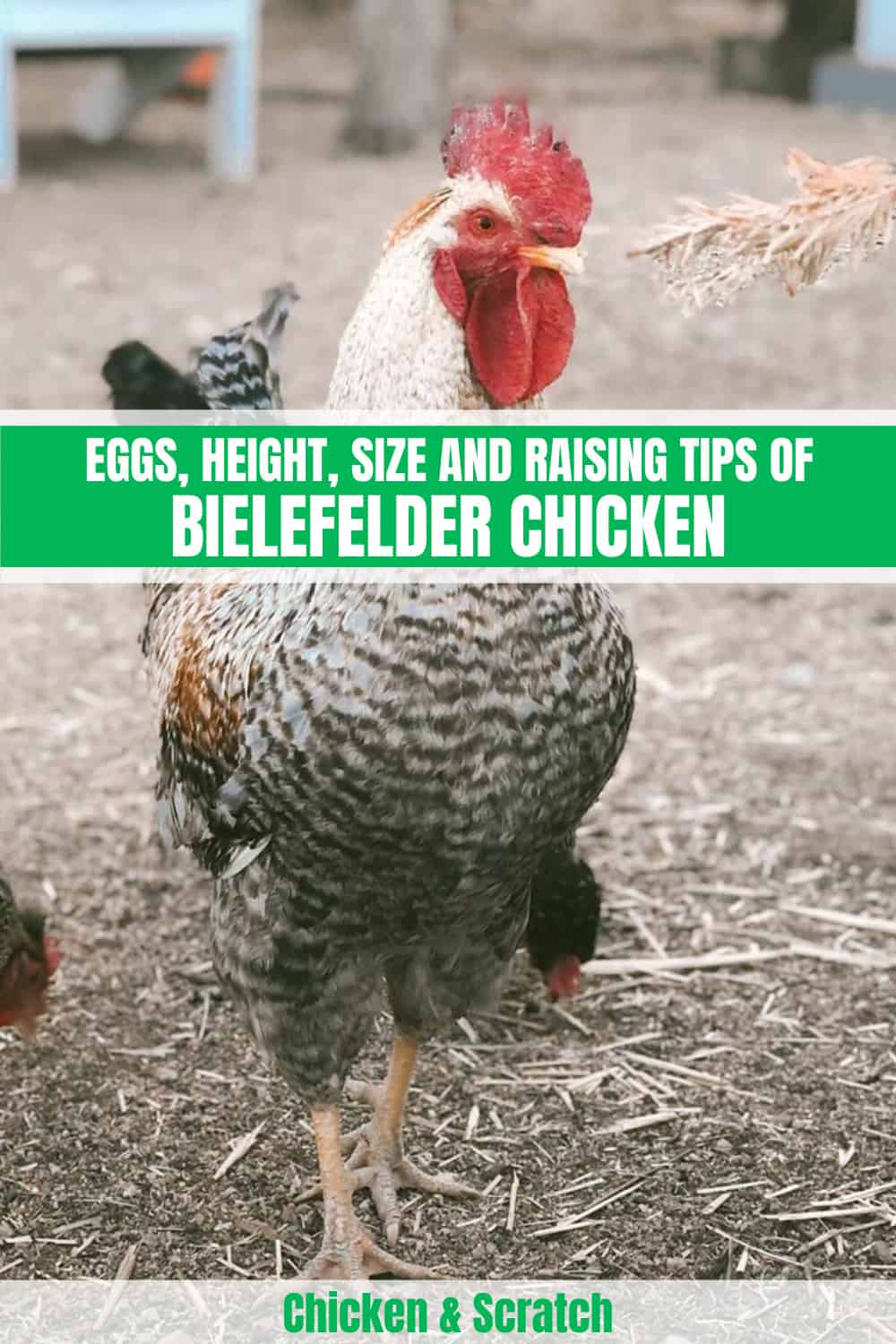 Prized for its high quality meat, the Bielefelder chicken came together after a number of breeds were brought together to create it. This included a variety of chickens like the New Hampshire, the Cuckoo Malines, the Wyandotte and the Amrock.

The Bielefelder chicken first came imported to the United States in 2011. Again, they imported unrelated Bielefelder bloodlines in 2013 and 2017.

With many of the other chicken breeds, a lot of hysteria overtakes the reality of the chicken, but Bielefelder presents true reason for the hype. You have a couple of characteristics that rank this chicken close to the top, such as:

If you were to buy a single breed, the Bielefelder hands you the whole package from a single chicken. Along with some of these traits, Bielefelders act resistant to cold, and they have no motivation to fly. Many poultry farmers consider the Bielefelder the dual purpose breed, and they seek this one out because it offers many distinguished advantages. 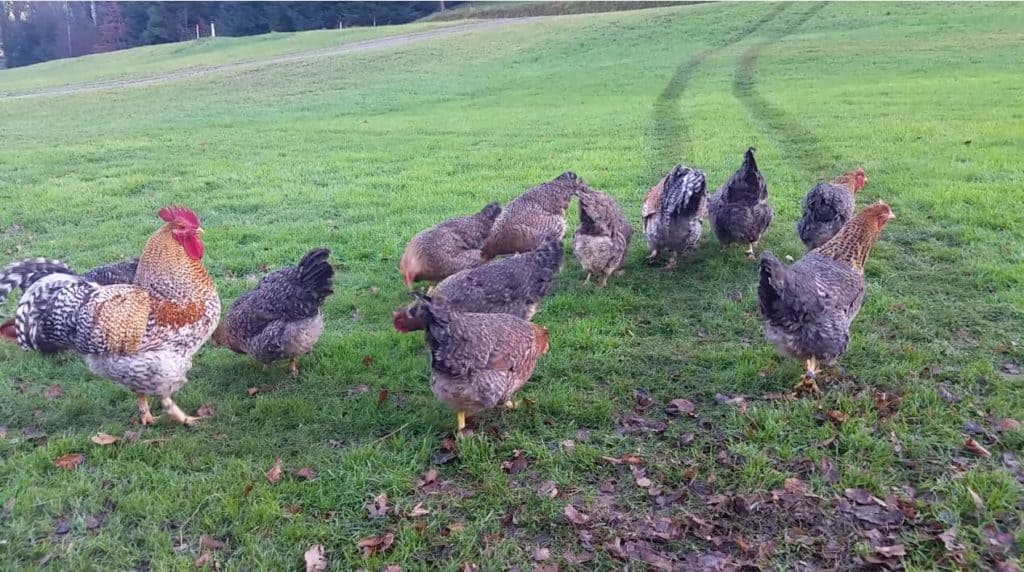 To pronounce the name of this breed, you might not initially understand how to say it. You would say it like, “BEE-LAY-FELDER.”

In general, this breed only recently came to the world of poultry, considering how the Dorking, officially recognized as the oldest chicken breed, goes back to Roman times, starting in England during the Roman occupation. Another one of the good things about this bird is that it is relatively quiet.

This chicken breed has a large single comb, red earlobes and wattles. A lot of people like the Bielefelder because of its auto-sexing ability, which means that the females and the males hatch in different colors.

A male chick will have a white or yellow spot on its head when it hatches, and its colors will be lighter. The females will have a chipmunk stripe on their backs. This makes chicken sexing much easier than with some of the other breeds that don’t have this.

When the male chickens reach maturity, the complex feather pattern on them looks fascinating. You might compare it to the Cuckoo Red Partridge. Because of the size and camouflage pattern of these birds, you can put them in the free-range condition easily without them becoming prey to hawks, coyotes, possums, foxes, owls and raccoons.

This breed comes from the genetics of a variety of birds to create the Ubermensch bird. You have an elite gold standard of chicken with the Bielefelder.

In some cases, this beautiful bird will have pink undertones to its shade of feathers. This chicken gets distinguished from many of the other chicken breeds on the market because of its unique color.

As a bird, the Bielefelder chicken loves the interaction with people, and they will even seek it out. You have a bird choice with a gentle temperament, and if the noise of certain chicken breeds has ever gotten to you, this will be a breath of fresh air.

This bird ranks on the perfect chicken list for a variety of reasons, but its personality puts it close to the top. You will see this bird weighing in at between 10 to 12 pounds.

Many poultry breeders would say that the Bielefelder behaves closer to a dog than a chicken. Even if you don’t have food, this chicken will come excitedly running to see you. When it comes to some of the characteristics of the Bielefelder, you could sum it up with a few different words like:

Most people say that this chicken has one of the best temperaments among the chicken breeds. In fact, so much so that many poultry breeders will often seek this bird out in comparison to some of the other choices.

The key advantage of the Bielefelder chicken comes from its big and meaty carcass, but they produce eggs at a fairly rapid rate as well. In general, you can expect Bielefelder hens to lay anywhere from 200 up to 230 eggs per year. 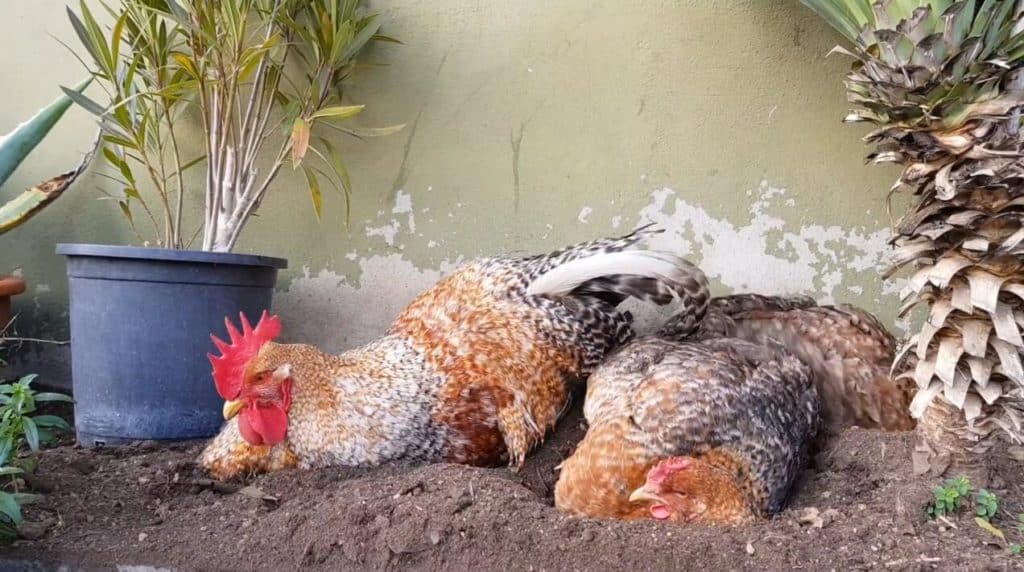 Because of the gentle temperament of the Bielefelder, you can also remove the eggs from under the hen without getting pecked. That’s important because if you’ve ever had a breed like the Buff Orpington, you know how some breeds will attack you over their eggs and their nesting box.

Even over the winter season, because the Bielefelder chickens have a resistance to cold, they can still lay eggs at an awesome output. Occasionally, this chicken will become broody. In general, these chickens will prefer life in the open air. The egg output is also highly consistent, which is a good thing for poultry farmers.

While these chickens do have a resistance to the cold, you have some poultry farmers who have talked about how they seemed in impeccable health the night before.

You don’t seem to have as many health issues with this breed of chicken in comparison to some of the other breeds, but you can still have a problem. In general, however, it can be hard to find anything on this chicken for having health problems.

These chickens tend to be both healthy and fertile. Another important thing to understand with these birds comes down to the source of where you buy them from. You can get a poor choice because you picked a bad source where the chickens weren’t taken care of properly, and this led to further health problems. 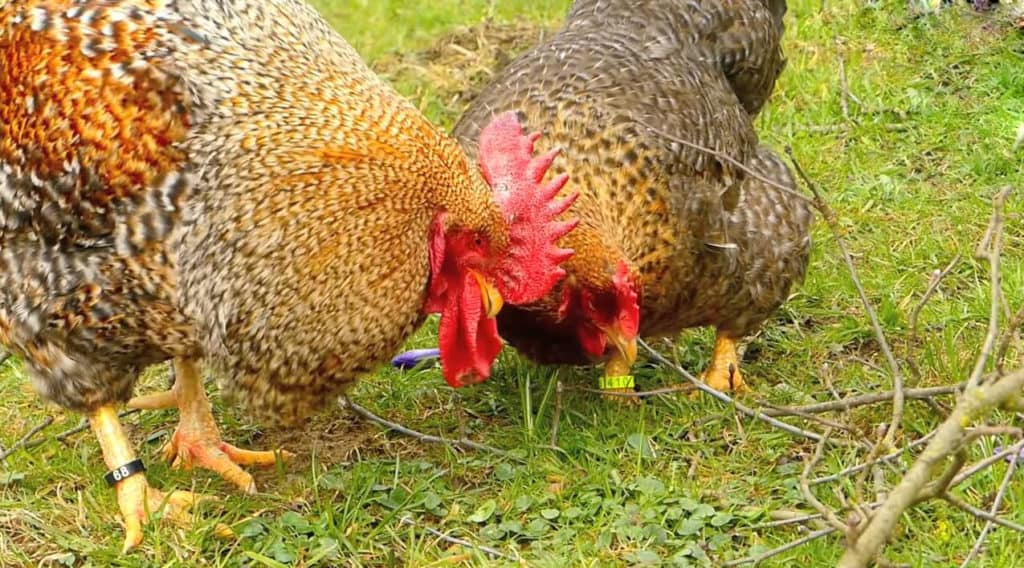 Tip #1 Take Care of the Chickens: Taking care of the chickens goes beyond feeding them every day. You will also have to protect them from predators and stay alert to climate changes as well. You want to provide coverage to chickens even from the roof because some predators can also use a lack of roofing to their advantage.

Even with as hardy as what a Bielefelder is, you still have to protect your birds from sudden changes in climate. Stay aware of rain, hail, sleet and heat. Take them indoors in the cold and give them some shade on sunny days.

Tip #2 The Fun Way to Feed Your Chickens: You can cut down on your feeding expenses by raising your Bielefelders as free range chickens. After all, this breed loves being in the open air. With free range chickens, a large part of their meals will come from finding food sources nearby.

This will also offer you a more organic choice. The foods that they eat will be more organic, and because of that, the meat will taste better and be healthier for you. Many poultry farmers will even give chickens their leftover produce, such as lettuce and watermelon.

Tip #3 How to Feed Chicks:  Let’s say that you decide to start with the Bielefelder chick, rather than the hens. You will need a starter chicken feeder with 20 percent protein. You will want to use this for the first six weeks with your chicks. This helps them to live healthier.

Tip #4 Keep the Chicken Coop Clean:  A lot of people begin raising chickens with newspaper lining the bottom. It’s recommended that you choose another option because the newspaper won’t absorb the dirt or the manure inside of the chicken coop. In addition, chickens will sometimes find the newspaper slippery.

You want to keep the chicken coop clean because this will lead to healthier chickens in the long run, and they won’t suffer from as many diseases as Campylobacteriosis, West Nile Virus, Salmonellosis and Avian Influenza. You want to keep the environment as free of germs as possible. Keeping your coop clean can mean more eggs.

If you want to get more information about raising chickens, you can read our post: 18 Tips on Raising Backyard Chickens

If you want to get started raising chickens or you even already have a lot of experience raising them, the Bielefelder offers you a choice that was bred to eliminate some of the undesirable traits in many of the other chicken breeds to create the perfect chicken.