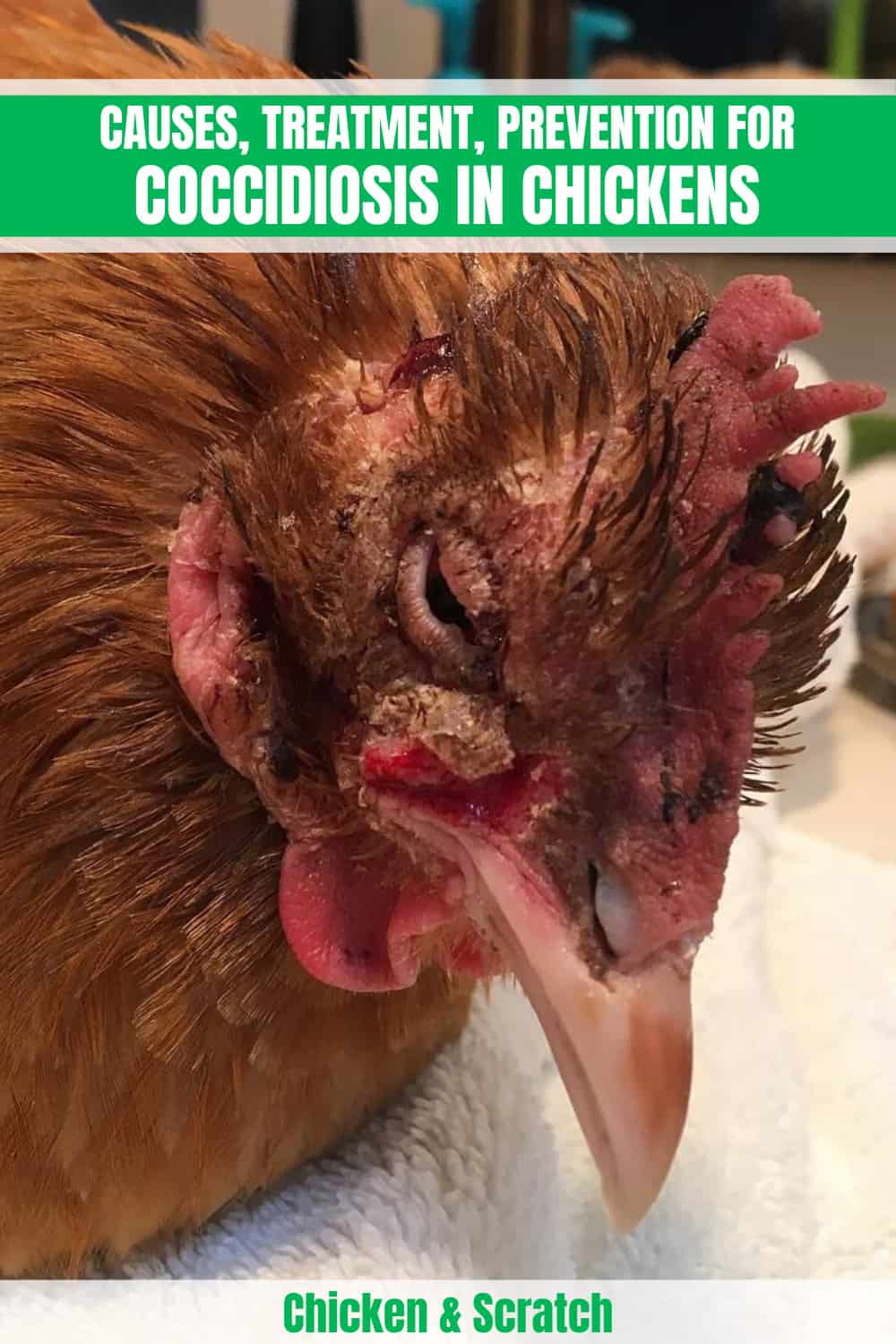 Chickens tend to become sick at different points in their lifetime. While that may be normal, there is still a need to have an in-depth idea of the factors that triggered the illness in the first place. Coccidiosis is one of the causes of illness in chickens.

In this article, we shall look at some of the important things you need to know about Coccidiosis. From the meaning, the symptoms, the treatment, and the prevention, you will have a good idea of what to do when you have such a case on your hands.

What Is Coccidiosis in Chickens?

Coccidiosis is a common and deadly intestinal disease, which affects many chickens. Some reports have also posited that chicks are the worst hit by the disease.

Ideally, the disease called Coccidiosis is an intestinal disease, which starts to manifest and become obvious after a microscopic and parasitic organism (called a protozoa) attaches itself to the intestinal lining of a chicken. By doing that, the organism will be able to damage the intestine of the chicken, damage the guts, and in the end, causes the affected chicken to start bleeding. 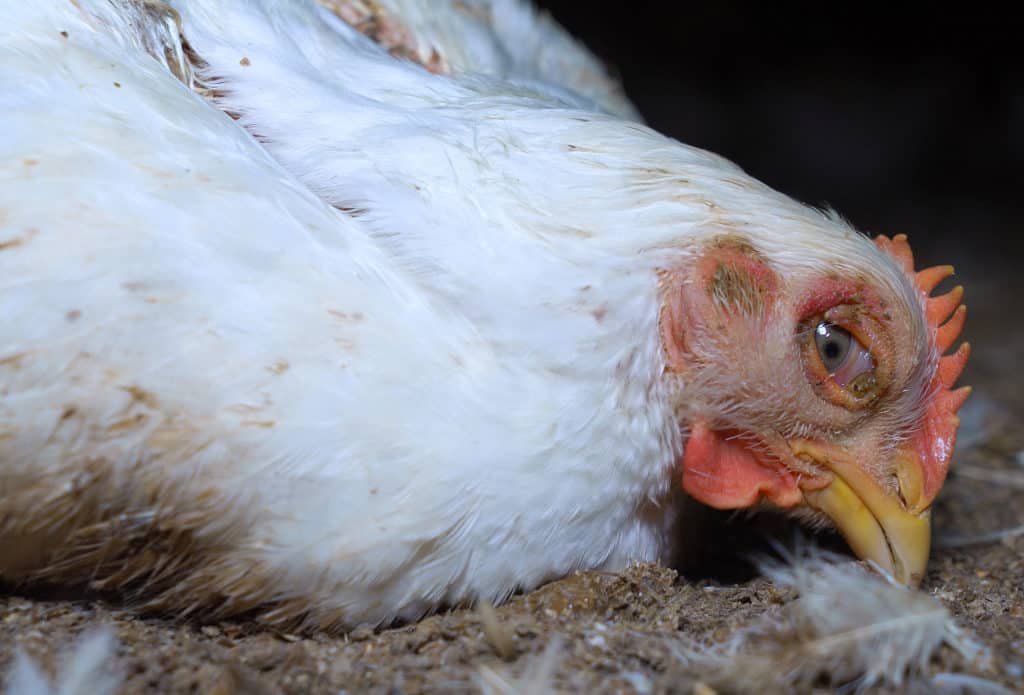 Contrary to the notions held by some people that Coccidiosis is not common, the fact is that the disease is always present. Interestingly, there is always the presence of the Coccidiosis organism in the bowel of every chicken.

The only difference there is that some chickens tend to develop theirs faster and will get affected quickly than the others that have slower paces of developing the diseases. In addition, the disease (Coccidiosis) starts to develop with an oocyst, which is a microscopic egg that is passed out anytime the chicken drops or defecates.

That is where the interesting part of Coccidiosis becomes clearer. After the oocyst has been passed out through the chicken’s droppings, it will not be able to become infectious (sporulate) except if the surroundings give it the opportunity to thrive. Also, it tends to lay dormant in the soil for a year or more.

The infectious (sporulate) state of the oocyst starts to come into place after the environment/surrounding where it was dropped becomes generally wet and humid between 70 and 90 degrees Fahrenheit.

How Are Chickens Affected?

Once the oocyst begins to thrive, the next step is to infest the chickens. Ideally, after it becomes infectious (sporulate), the oocyst can become infested in chickens after the birds eat off from the ground where they had been laying. It can also get into the chickens’ bodies when the birds scratch the ground and when they drink in the same surrounding.

Symptoms of Coccidiosis in Chickens

You may not be able to figure out if Coccidiosis is present or not except if you have a microscope with you. In the absence of that, there are other foolproof ways you can identify the presence of Coccidiosis in your chickens.

Here are some of them:

Blood or Mucous in the Droppings 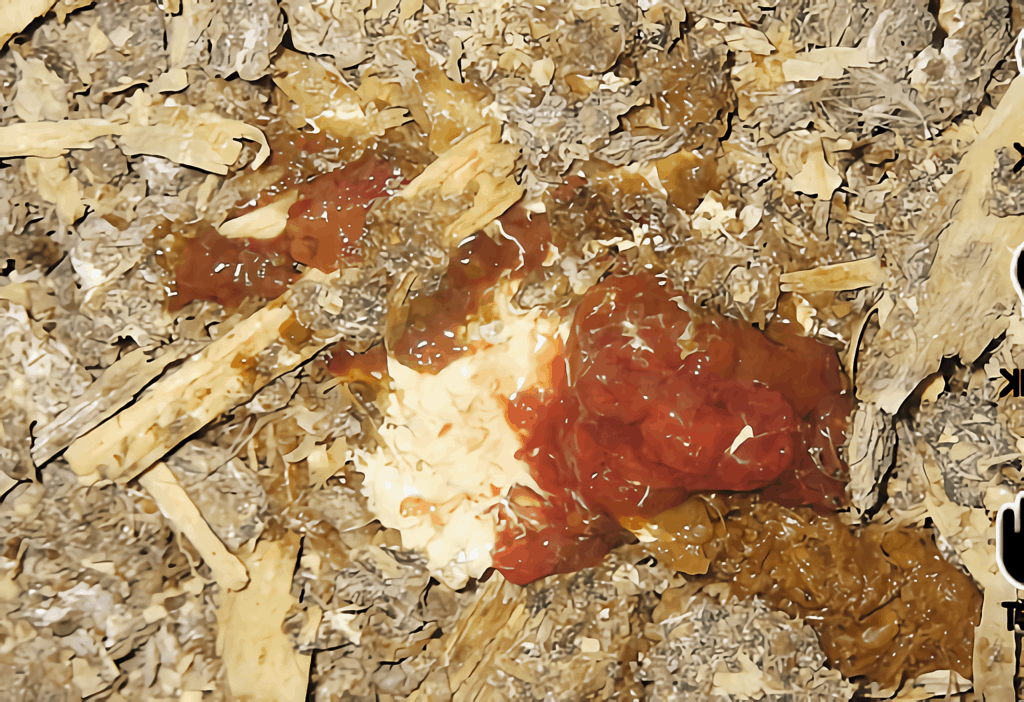 It is not out of place to have a healthy chick today and the next day, it has either become weak or sick. It does happen. And the presence of Coccidiosis in the body of such birds is one of the reasons for such “unexplained illness”.

That notwithstanding, you should look out for blood or mucous in the droppings of your chickens because that is one of the veritable signs of identifying Coccidiosis in chickens.

Have in mind that you shouldn’t confuse this with the normal brown and red-colored blood that the birds tend to shed as a result of the shedding of caecal cells.

You can always work hand-in-hand with your veterinarian to find out if the chickens are already infested with Coccidiosis.

chicks often have retarded and stunted growth if they are suffering from Coccidiosis. Watch out for that!

Other symptoms to look out for are:

How to Treat Coccidiosis in Chickens 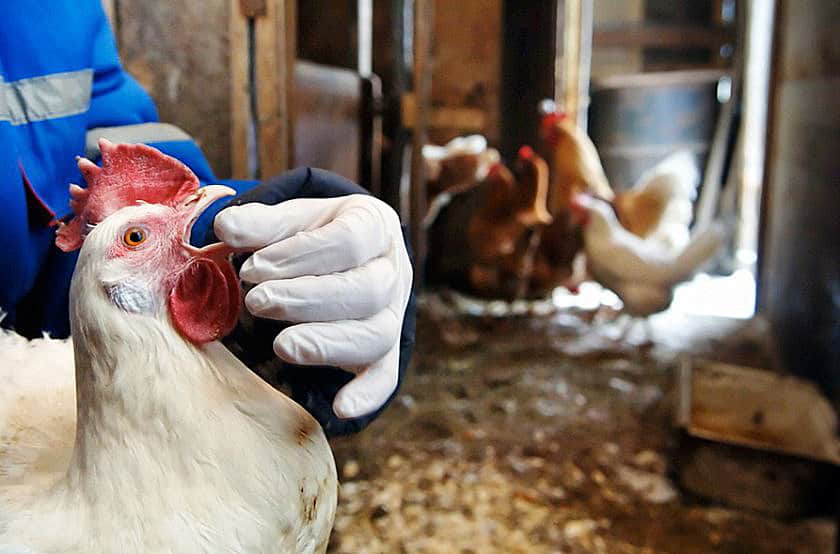 The causes and symptoms of Coccidiosis in chickens have now been identified and explained. The next thing we have to do is to look for better ways to handle the situation and stop the disease from affecting the chickens further.

Here are some of the best ways you can treat cases of Coccidiosis in your birds.

Amprolium has been applauded in many quarters for its helpfulness in ensuring that Coccidiosis is treated in chickens. So, if you have birds that are suffering from the disease, you now have a treatment option in Amprolium.

You may be wondering about how Amprolium works with regards to treating Coccidiosis in chickens. The important point to note is that this treatment option is designed to block and restrict parasites from uptaking and multiplying. Hence, if you suspect your chickens are suffering from Coccidiosis, you can use this treatment option to get rid of the disease.

How can Amprolium be used to get the best results? Below are some of the things you need to do and how you can get the most out of Amprolium for treating Coccidiosis in chickens.

2. Do A Complete Change of Beddings?

As noted in the transmission of Coccidiosis to chickens, it is understood that the disease can be contracted if the environment or surrounding is not tidied. Because the disease tends to lurk around where the oocyst was dropped, it now becomes important that you do a complete change of bedding.

By doing that, you will be able to limit the exposure of your birds to the disease. It also helps you to reduce the population of dispersal of the Coccidiosis organism (coccidia) in different directions.

3. Empty and Disinfect the Feeders and Water Dispensers

You never can tell where Coccidiosis is lurking. That is why you need to empty or pout out the contents of the chicken feeders and water dispensers used by your chickens.

While doing that, remember to use a 10% bleach in water solution to disinfect the water dispensers and the feeders.

How to Prevent Coccidiosis in Chickens 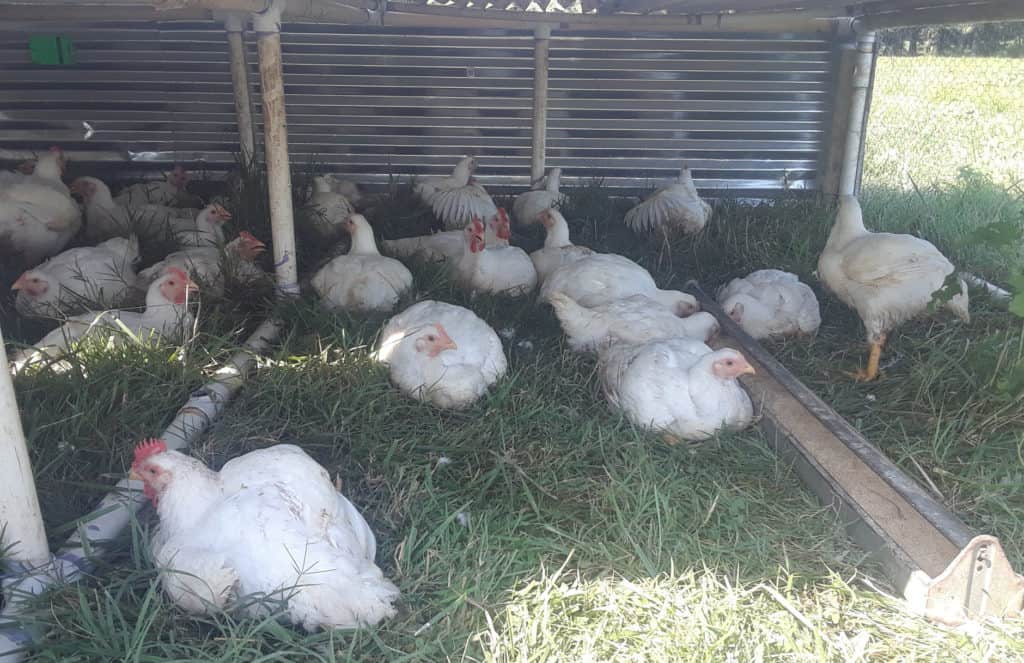 To avoid going through the herculean task of treating Coccidiosis in chickens, you want to be sure that you can nip it in the bud.

So, what are the ways you can prevent or control the spread of Coccidiosis in chickens?

Although your chickens may have developed and passed out the oocyst, there are still chances that you can be able to prevent the disease that comes with it (Coccidiosis) from spreading in your flock of birds.

The rule of thumb is to keep the surroundings (where your chickens are) clean. That is because Coccidiosis thrives in humid, moist, and wet environments.

By keeping the surroundings clean, you will be able to maintain optimum dryness that will reduce the spread of Coccidiosis.

If you are adding new chickens to your flock, the general rule is that you quarantine or isolate them for about 12 yards.

It is during this isolated stage that you can check to see if the symptoms of Coccidiosis in chickens are manifesting in the birds.

If they are, you will be lucky, as you have successfully scaled the potentiality of putting the health of your older birds at risk. You will then be able to treat the new birds accordingly.

Coccidia, the organism that causes Coccidiosis doesn’t necessarily need to be on the ground alone. Sometimes, it can find its way to the chickens’ bodies and that is done by the spread of the disease through the feces of infected birds.

Ideally, anytime a chicken that is already infested with Coccidiosis drops feces, it will be on the bedding. If you failed to change the bedding in such moments, the chances are high that the chickens will soon get their feathers onto the bedding, thereby picking up the coccidia in the bedding. In extension, the birds will also get the disease into their body when they use their beak to clean themselves (preening).

Therefore, you should be on the lookout for wet beddings and replace them as soon as possible to prevent the further spread of Coccidiosis in chickens.

Coccidiosis Can Be Treated and Prevented

How have you been treating and preventing Coccidiosis in your chickens?

3 thoughts on “Coccidiosis in Chickens: How to Treat and Prevent”