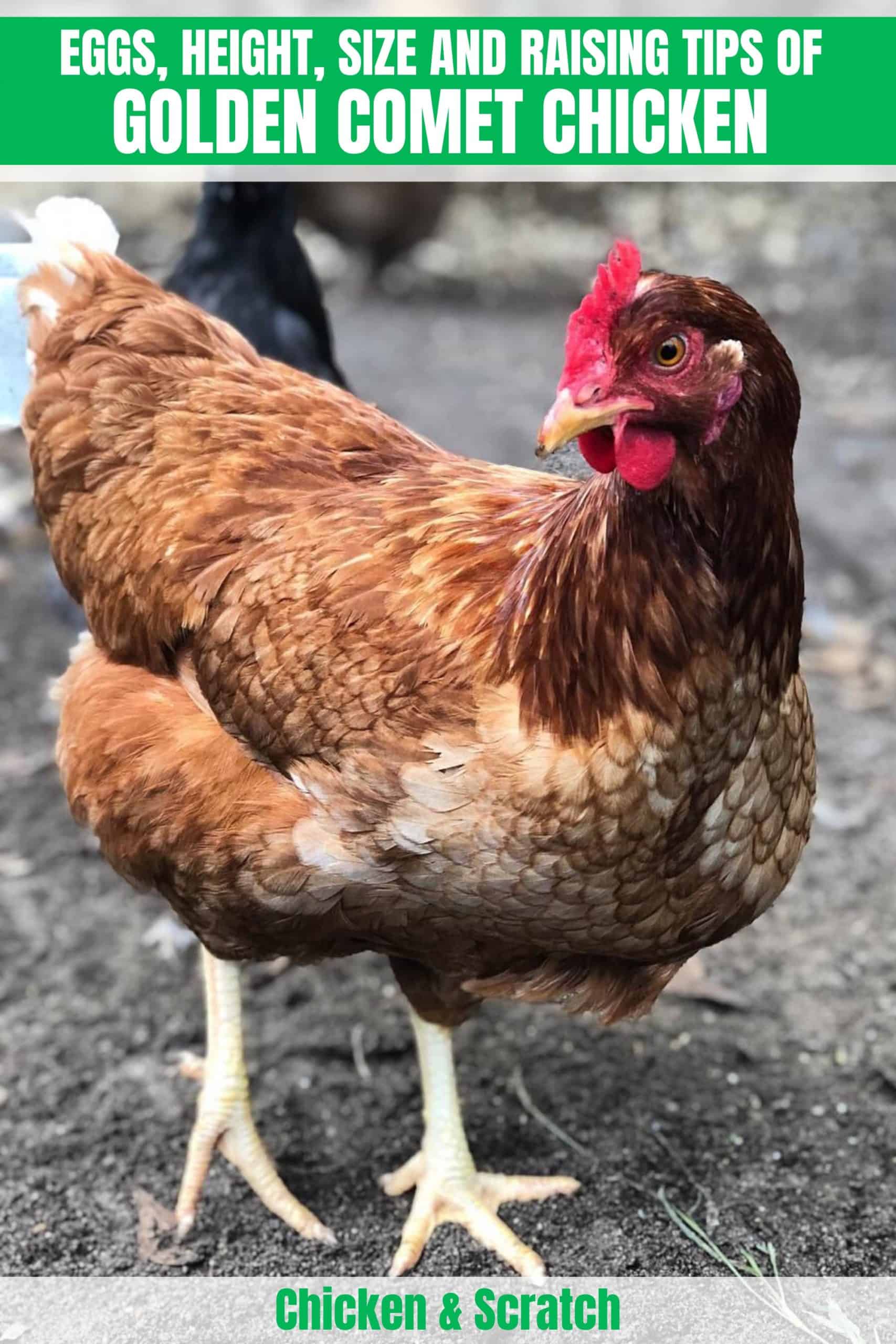 One of the most easily recognized barnyard chickens is the Golden Comet. This caramel colored bird is popular due to its egg laying abilities as well as its sweet, gentle disposition. In addition, because sex can be determined directly after hatching, many chicken enthusiasts are eager to add this agreeable chicken to their flock.

The Golden Comet is not truly a chicken breed. Instead, it is a hybrid or sex-linked chicken, which means that its unique coloration and personality are due to the cross-breeding between two other breeds of chickens. In this case, Golden Comets are hatched when a female White Rock and a male New Hampshire chicken are bred together.

This makes it very simple for hatcheries to sell chicks, and it also makes purchasing chicks easier on keepers. Those who purchase Golden Comet chicks can always rest assured that, if they do not desire roosters, there will be none in the flock. This is particularly useful for people who keep chickens in their backyards or in more urban areas. 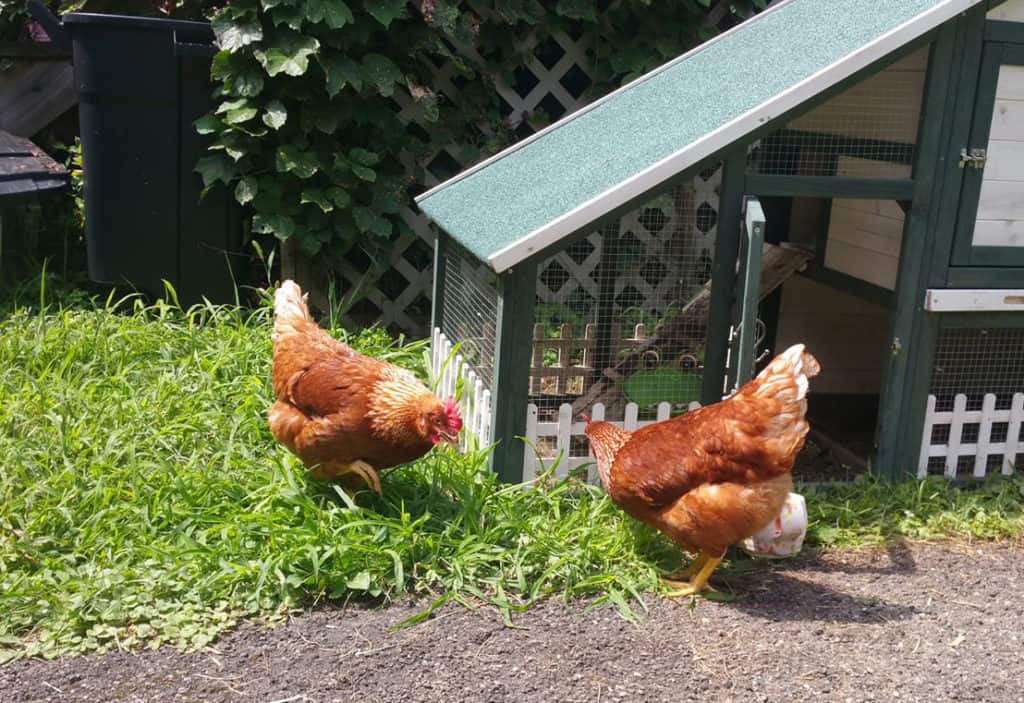 However, because Golden Comets are sex-linked hybrids and not a true chicken breed, they cannot produce more Golden Comets. If the eggs of two Golden Comet chickens are allowed to hatch, the chicks will be a variety of different colors and will no longer be true Golden Comets.

Although their color is an attractive attribute, Golden Comet chickens were originally created in order to produce high quantities of eggs. This chicken hybrid has always been known as a good egg layer, and keepers of Golden Comets today still find this to be true.

Golden Comets chickens are also sometimes called by other names, including Cinnamon Queen, Golden Buff, Gold Sex-Link, and Red Star. However, Golden Comet is the most common name, and these other names more often refer to different chicken hybrids, which can be confusing.

When purchasing Golden Comet chicks, it is important to ensure that you are buying chicks that were hatched from a cross between White Rock and New Hampshire chickens.

Because the Golden Comet chicken is not a true breed, it is not recognized by any breeder associations and therefore does not adhere to a strict standard of appearance. However, Golden Comet enthusiasts still look for certain traits in their chickens, particularly color patters, which set these birds apart from other common chickens.

Golden Comets all display the color for which they are named—they are light to medium brown, and their feathers have a red tint to them. In addition, some Golden Comet chickens may have some white feathers speckled in.

The combs and wattles of these chickens are bright red, and both males and females have only a single comb. The chicken’s legs should be yellow, while the beak is yellow or light brown in color.

These chickens tend to have a rather round look, with both the head and the relatively short tail held high and alert.

The Golden Comet was bred mainly to produce eggs and not for meat. For this reason, the birds are relatively small. Female Golden Comets generally only weigh about four pounds, while males can reach a size of about six pounds.

Golden Comet chickens are considered to be some of the friendliest and calmest chickens available. These birds do not mind being touched or even picked up, and some keepers find that their hens will follow them around. These birds are also generally not ruffled by disturbances such as movement or loud noises.

Because of these characteristics, the Golden Comet is a good choice for a backyard chicken or a chicken for a home that has children. They also make an excellent choice for younger chicken enthusiasts. In addition, because they are comfortable around people and easy to keep, they are a good option for those who have never kept chickens before.

The downside to the Golden Comet’s personality is that they do not always get along with all other chicken breeds. Golden Comets are gentle chickens and prefer not to peck at other chickens or become involved in territorial squabbles. As such, some keepers find that tougher or more aggressive chickens bully their Golden Comets.

Golden Comets will avoid any altercations, but if forced into one, they may become injured. For this reason, it is best to keep Golden Comets with other friendly, calm breeds that do not tend to bully or peck at other chickens. 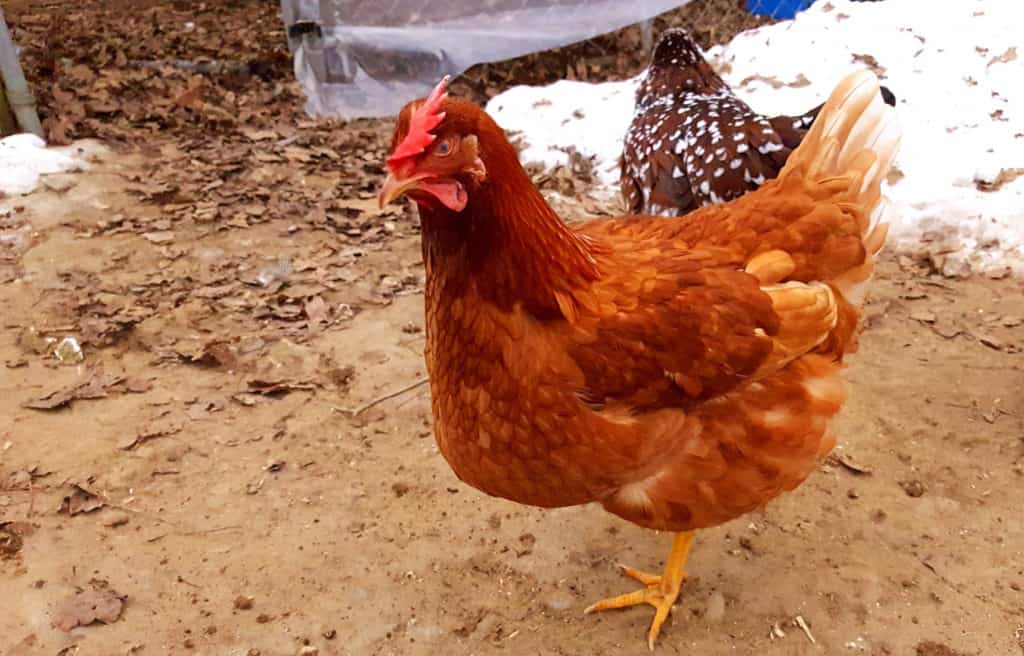 Golden Comet hens are incredible at laying eggs. These hens lay between five and six eggs each week, for a total of about 330 eggs every year. Hens start laying early, at about four months old.

This is the age when the hen has just reached maturity. Another sign of maturity is when the comb, which is pink when the chick hatches, begins to turn red. Shortly after this point, hens will begin to lay eggs.

The eggs of the Golden Comet are brown in color. Despite the small size of the chicken, these birds generally produce large or extra large eggs.

Golden Comet hens are not usually very broody birds, which means they have little interest in incubating their eggs. This is good for those keepers who do not have a rooster and are simply looking to have eggs to eat.

Golden Comet chickens are quite hardy and do not generally run into too many health problems. They are not prone to any particular conditions or illnesses.

Golden Comets have only a single comb, which means that in the coldest winter months, the comb may become prone to frostbite. Keepers of Golden Comets can monitor their chickens for frostbite and should also provide warm areas and nesting boxes to help prevent this. 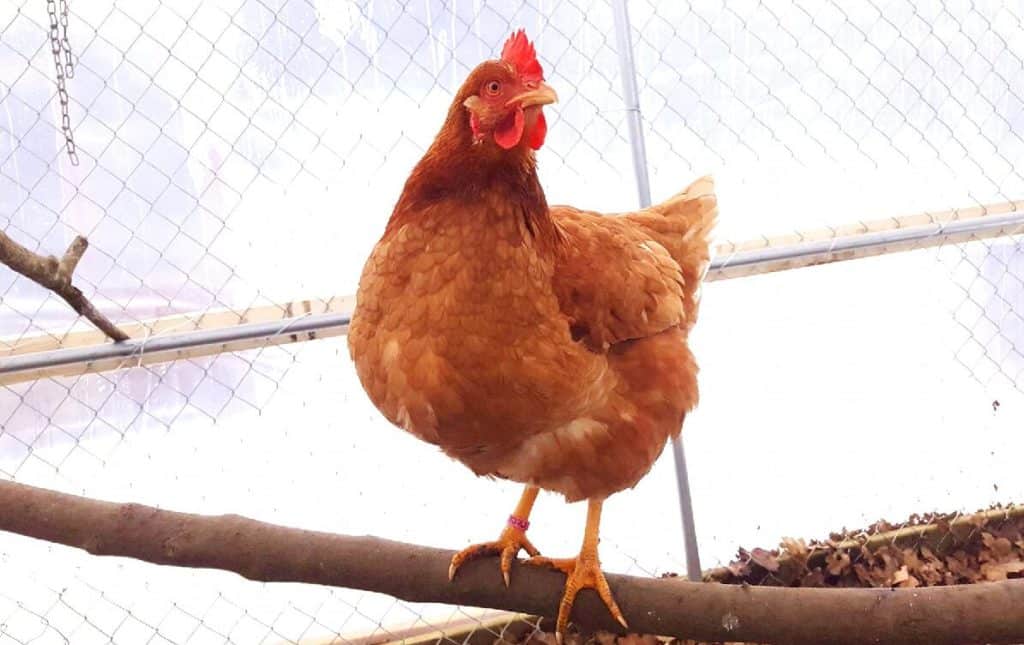 The only true Golden Comet health issue is that they do not have long lifespans. This is due to the fact that Golden Comet hens produce large eggs regularly for an extended period of time, which takes a great toll on the chicken’s body. Golden Comets usually only live for four to five years at most.

Golden Comets are some of the easiest chickens to care for, and they are therefore ideal for even beginner chicken keepers. These chickens are even well-suited to a variety of different climates.

They can tolerate heat and are often kept by people living in hot or humid climates. Golden Comets also do well in very cold weather. Keepers simply need to ensure that adequate warm nesting material, such as hay or straw, is provided so that the birds can remain warm.

However, Golden Comets also do very well when they are offered free ranging opportunities. They are excellent at foraging, and this behavior can also help to supplement their diets with nutritious insects.

In general, Golden Comets are an excellent addition to almost any flock. They are calm, gentle, and friendly, and are often considered to be petted by their owners.

They also provide a large amount of eggs, so owners of Golden Comets always have breakfast waiting for them. As long as they are given adequate space and a nutritious diet, these chickens are easy to care for and will provide much enjoyment for any chicken enthusiast.