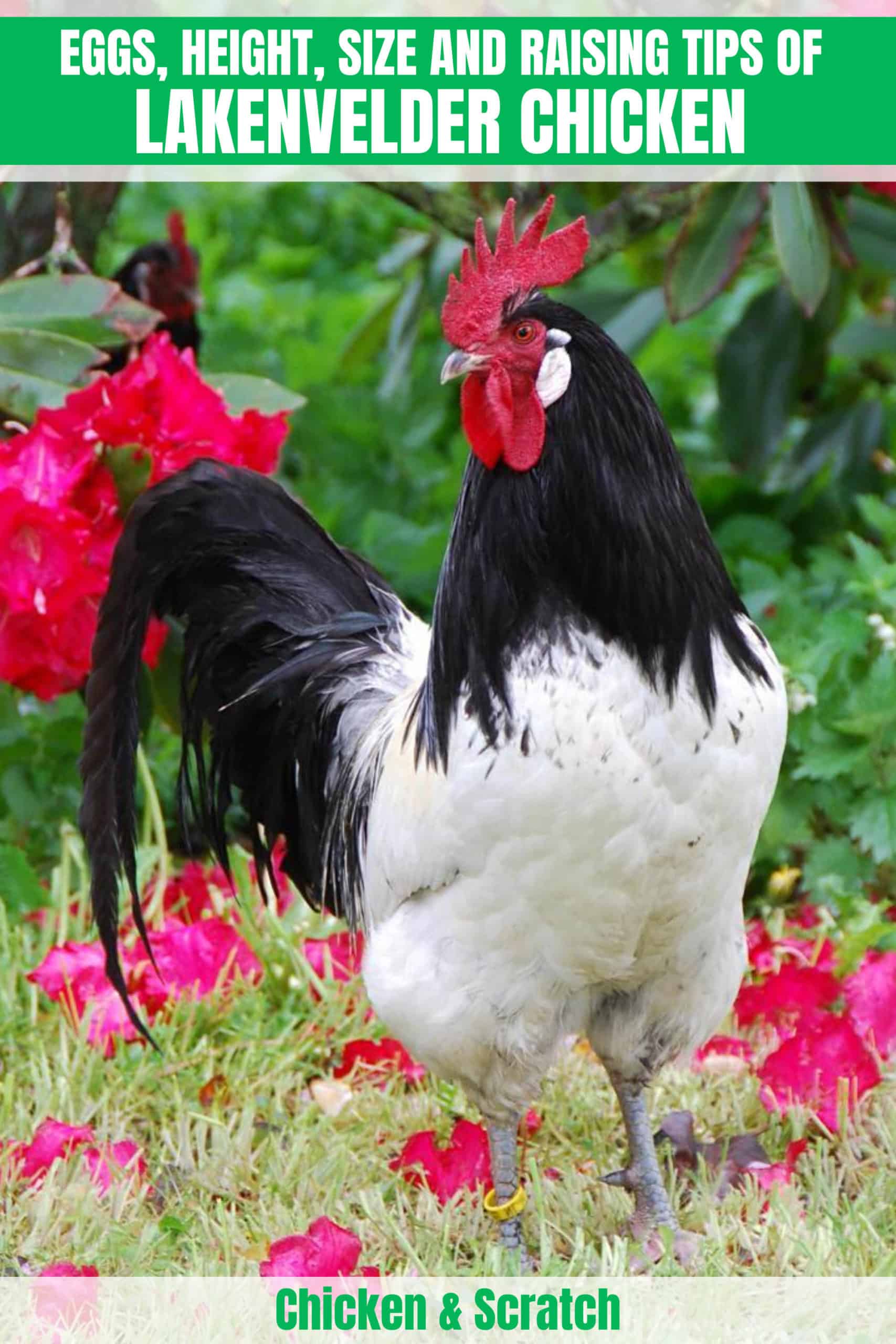 First becoming a chicken breed of note in Germany and the Netherlands around the early 1700s, the Lakenvelder chicken is an endangered chicken today. With multiple proposed ancestries and points of origin, not much is known about the beginning of this chicken.

What’s more, this egg layer’s popularity has since declined with the rise in popularity of other, more productive chickens.

The history of the Lakenvelder chicken is distinctly unique, as the exact origin of this chicken breed is up for serious debate even to this day.

In fact, two distinct historical paths for the origins of this chicken are proposed. Because the Lakenvelder chicken is documented as appearing in Holland in 1927, scholars often assume this to be the first mention of the chicken and thus the chicken’s origin.

Supporting this argument is the idea that the chicken is named after the village Lakerveld, found in the municipality of Zederik, South Holland. Even with the name of this geographical region lending a lot of credence to the theory that the chicken was born and bred there, an alternate theory still prevails.

Theorists also hypothesize that the chicken could have originated in Germany, coming from the Dielingen region. This theory still holds ground today as the Lakenvelder appears to be biologically similar to a breed that originated there. 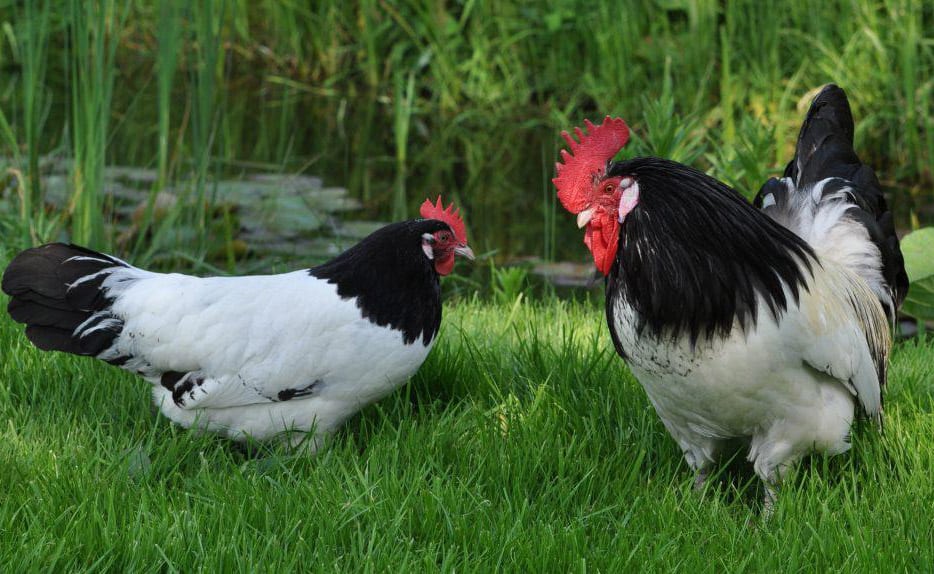 According to this theory, the Lakenvelder chicken would have first occurred as a mutation of the regional Westfälischer Totleger which originated in this area of Germany. Chickens similar in appearance to the Lakenvelder were noted in the region and first show in 1835.

It is unsure if these chickens originated in Germany or were named after the Lakenvelder chickens already popular in Holland, but they quickly became known as the Lavenvelder in Germany as well.

After becoming distinctly popular with breeders for a time, the Lakenvelder would hold its popular success until the late 1800s when more productive breeds of chicken were introduced to the region.

The Lakenvelder chicken would be imported to Britain in 1901 and inducted to the American Poultry Association’s Standard of Perfection in 1939.

The Lakenvelder chicken is distinct in appearance among chicken breeds. However, interestingly enough, the breed does resemble the pattern and coloring of the breed of cattle of the same name, also thought to have originated from Lakerveld, Holland.

These chickens have solid blackheads, tails, and neck hackles, with the wing primaries and secondaries having a black inner web as well. Additionally, these chickens are particularly known for not having any stripes or spots.

Most other regions of the Lakenvelder chicken are white, although the chicken is additionally known for its blue-grey under-color as well. Altogether, this chicken is known for its natural gradient of colors.

Aside from its plumage, the face, wattles, and comb of the Lakenvelder appear to be bright red, with their eyes appearing to be red as well or bright chestnut color. The Lakenvelder sports a dark beak and white earlobes, with blue-grey legs similar to its under-color.

Lakenvelder chicks maintain a more natural gradient color than their adult counterparts, appearing mostly black with some tan plumage. The beak and legs of the Lakenvelder chick remain light until they reach maturity, with their eyes a dark black color.

Perhaps one factor leading to the decline of the Lakenvelder’s popularity over the ages is its extreme dislike of confinement. These are flighty birds that do not handle being cooped up as well as other egg-layers.

While these chickens are not especially known for being docile, their own personal friendliness with humans and other chickens will likely boil down to their individual personalities.

As with many breeds, the Lakenvelder rooster may tend to be more on the aggressive side. This paired with a dislike for confinement may make the breed a particularly difficult one to handle.

However, many Lakenvelders are known for being friendly with people and exhibiting pet-like behaviors such as running up to their owners when they’ve come home. While they may need some foraging time in order to release some of their excess energy, it is likely their flightiness will not be too large of a burden on their owners.

Lakenvelder chickens are known to be friendly with one another but may exhibit some dominant behaviors towards other, less dominant breeds of chicken. Curious and energetic, the Lakenvelder is, for the most part, anything but docile.

However, more productive Lakenvelders are known to lay as many as 3 eggs per week, with their breeding capabilities really boiling down to the individual chicken.

When they do lay eggs, they are typically a white or cream-colored variety of a medium weight, being around 50 grams. 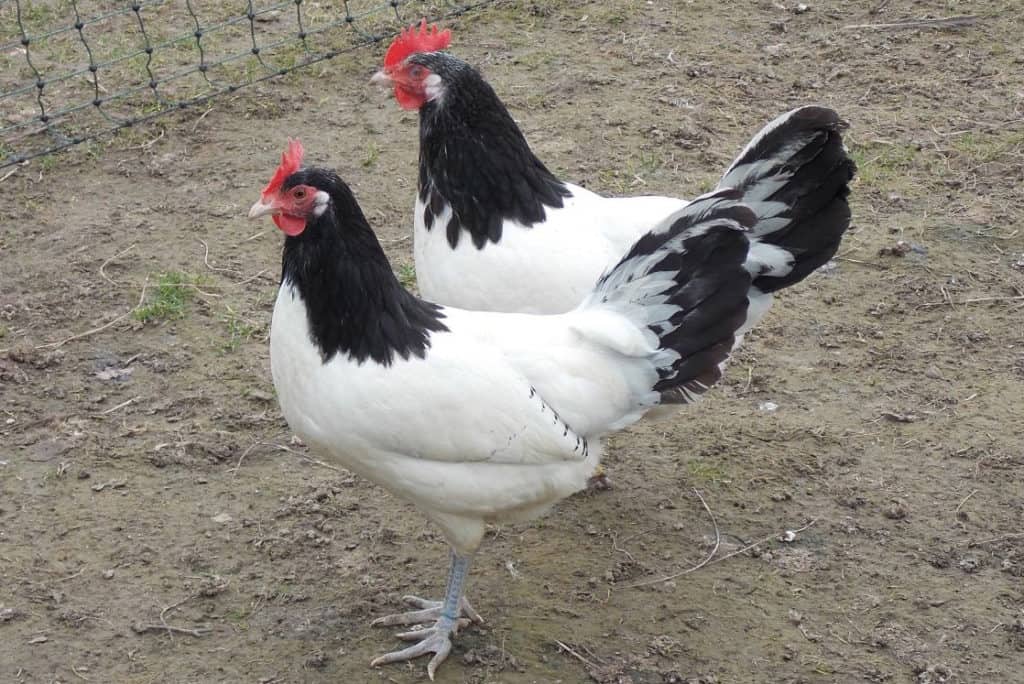 The chicks produced by Lakenvelder eggs are some of the most visually striking, rare chicks.

While the grown variety of these chickens are not particularly renowned for their beauty, they are still kept by many today as an example of fine, breeding chickens.

However, as they first met their decline in popularity due to the advent of other breeding chickens, it is of no surprise that many owners find the egg-laying qualities of the Lakenvelder to be too-lackluster to make up for their flighty personalities.

Originally bred as egg layers, the Lakenvelder’s egg quality is still their defining feature, even if it has been overshadowed today.

While the Lakenvelder is known for being hardy and is considered an all-climate chicken, many owners report their Lakevelders as being averse to the cold.

However, the Lakenvelders take well to heat, and will likely give up some of their flightiness in the winter-time in exchange for the comfort of a nice, heated coop.

As the Lakenvelder is otherwise not particularly docile and is known for its overall flightiness, these chickens should have plenty of space to roam and forage within. Giving your Lakenvelder space to roam is essential to its happiness.

Owners should also keep in mind that the Lakenvelder is considered to be an endangered species, as the breed’s popularity has declined drastically over the years. Being sure to maximize breeding, pairing Lakenvelders with hens willing to sit on their eggs, for example, could potentially prove to be lucrative to Lakenvelder owners.

Other than taking care to ensure your Lakenvelder has plenty of room to forage, the breed is hardy overall and will likely not need any special care. Without any notable health issues to speak of, those looking for a low-maintenance chicken will not be disappointed by the Lakenvelder. 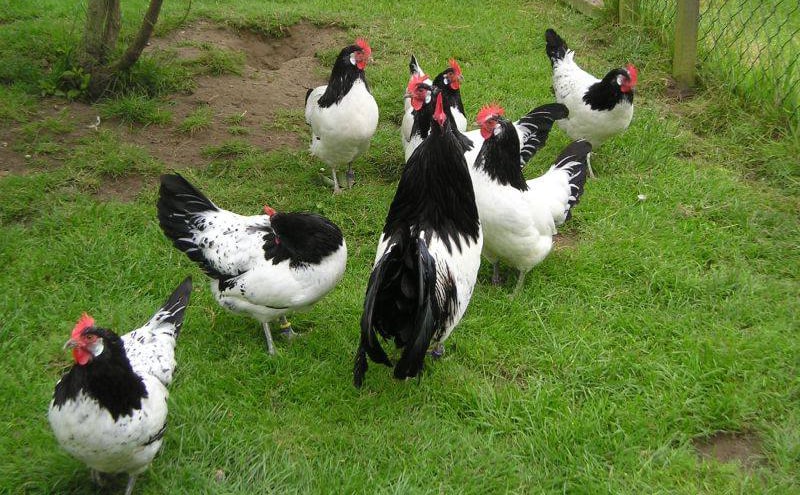 When looking to breed your Lakenvelder chickens, it is important to keep the correct breeding ratio in mind. Remembering that every rooster will be able to breed with about 10 mature hens will help you to keep the ratio just right.

As with most chicken breeds, you’ll need to be sure you’re checking in on your Lakenvelder’s health and providing it with the proper vaccinations from time to time. Although they are hardy and not susceptible to illness, illness is not impossible.

Maintaining a good relationship with a vet can help ensure you are able to keep this endangered breed in good health.

As mentioned previously, Lakenvelders are flighty and want to know they have space to roam. Friendly Lakenvelders may even follow their owners around their properties, so be sure to give your Lakenvelder the space they need to be happy.

Because the Lakenvelder is a medium breed, they require around 4 to 5 square feet of housing space. This will keep your Lakenvelder happy without requiring you to provide it with massive amounts of space.

What’s more, this amount of space will make cleanup a breeze for you, keeping your chickens clean and healthy on a regular basis. As noted before, this hardy breed is not so hardy in the cold, and owners should consider providing them with heated housing in the wintertime.

5. Remember They Are Protective

While not particularly known for their friendliness, these chickens are very protective of their flock. As their owner, it is best to keep this in mind, as your Lakenvelder may feel it is their duty to protect their flock.

The Lakenvelder is a visually striking bird with good egg laying potential. Owners should keep in mind that this endangered species is known to be flighty and at times temperamental, but these chickens maybe some of the friendliest egg-layers known to your flock.