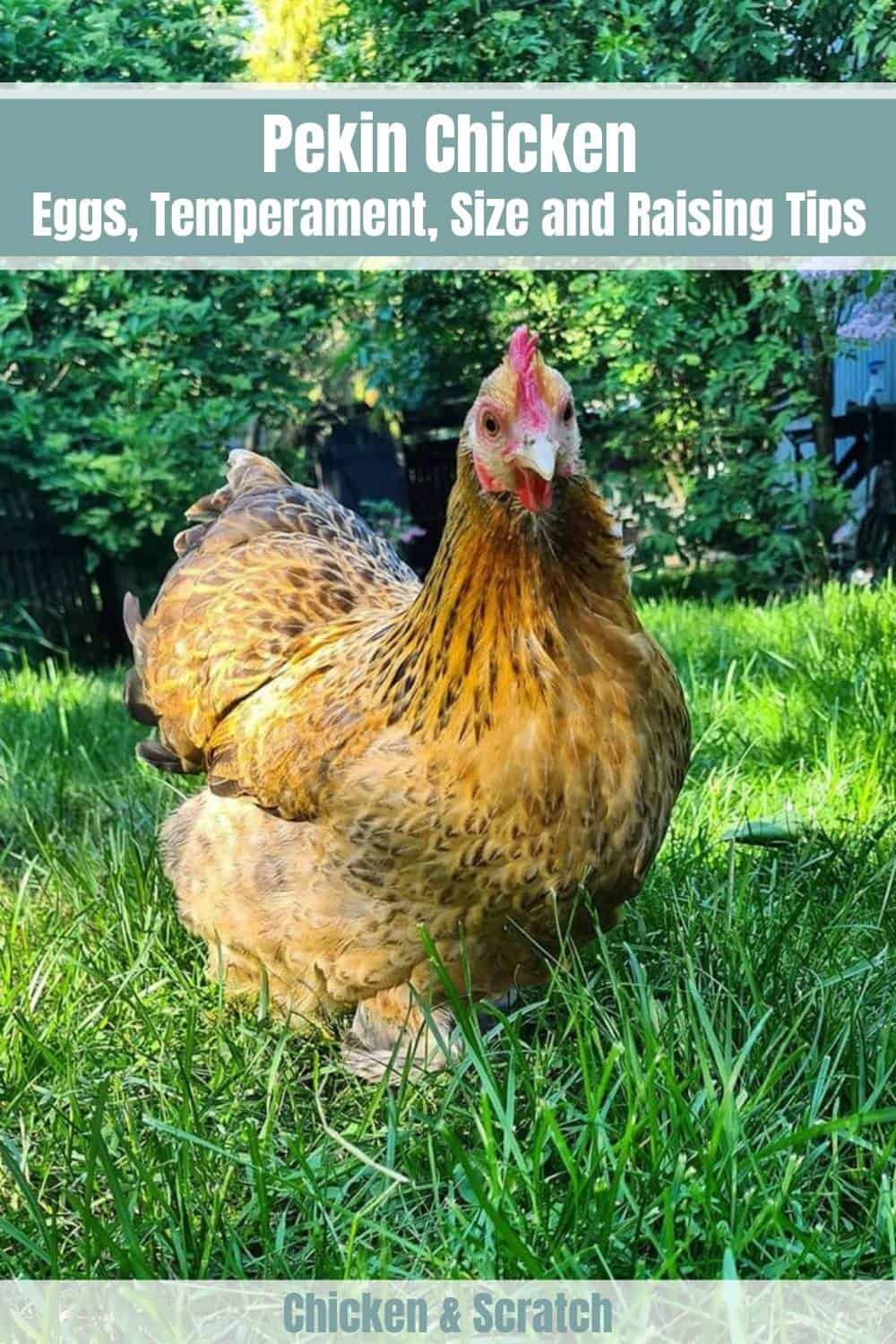 The Pekin chicken is a true bantam and is one of the tiniest breeds out there. However, there is so much more to this bird than just its size.

For one, they have so many feathers! It practically looks like they have an extra layer of plumage enough to make them appear like walking balls around your coop.

This chicken has charmed and captivated the hearts of many chicken handlers by looking like a cuddly little furball. As if that’s not enough to melt our hearts, wait until this bird turns up the charm by actually cuddling up to you.

Like their feathers, there’s so much to learn about these birds.

Background and History of Pekin Chicken 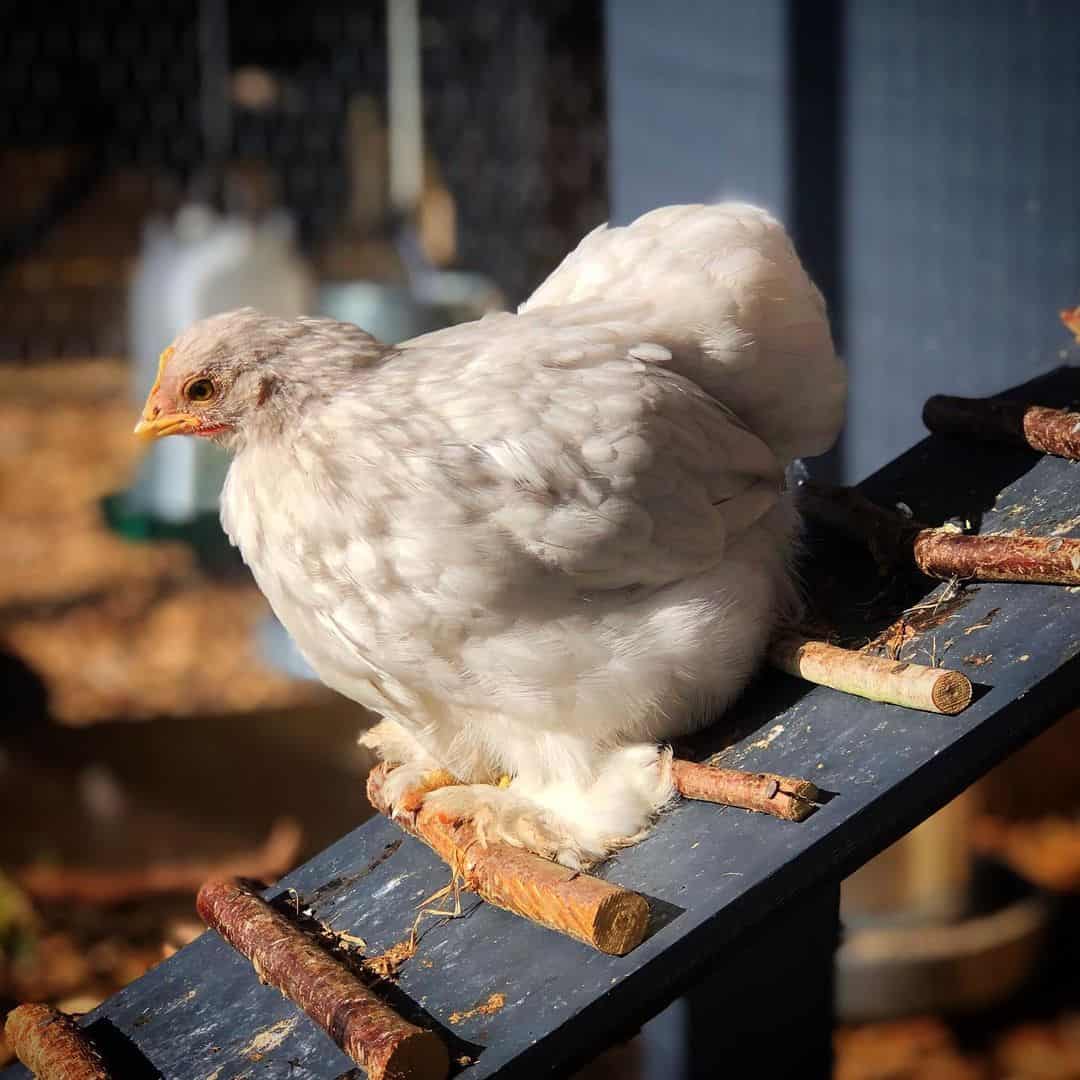 Small parts of these birds’ history seem to have been lost in all that feather as they have many origin stories.

With all the different narratives regarding their history, it’s hard to pinpoint the year they came about. However, it seems their founding can be traced back to the 19th century.

With all the different origin stories going around, two anecdotes stand out.

The first anecdote dates back to 1835, where they were not yet known as Pekins and instead were called Shanghais. In this one, they were supposedly imported from China and gifted to the late Queen Victoria.

However, despite its popularity, some contest that there is no evidence to support this claim except the Queen’s interest and love for chickens. She took care of a lot of chickens in her reign, after all. 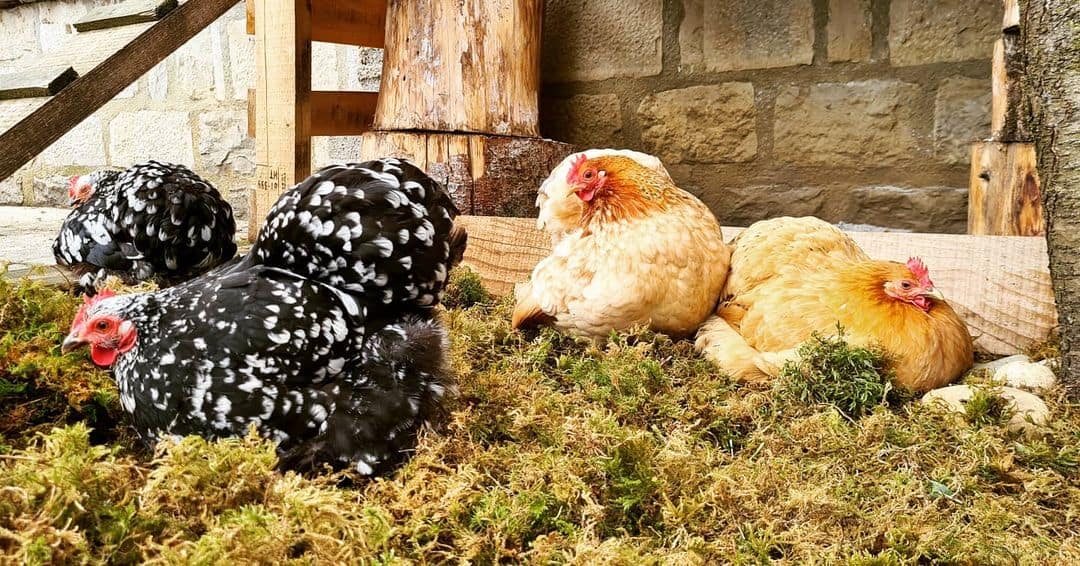 The second anecdote dates back to 1860 and seems to be more plausible. In this one, the Pekins are believed to have been stolen by the British soldiers. They were looted from the Summer Palace, from the Emperor of China. The Summer Palace was located at Peking, which is probably where the breed got its name. Peking is now known as Beijing.

Most of the other stories seem to be just a different version or retelling of these two. However, in whatever version, one thing everyone seems to have agreed on is the Pekin chickens’ place of origin. They are known to have originated from a beautiful place now known as Beijing, China.

With the beauty they hold, it should come as no surprise that the Pekin chickens are still popular even after having been around for a long time already. As time goes by, their history will only probably grow richer – and fluffier! 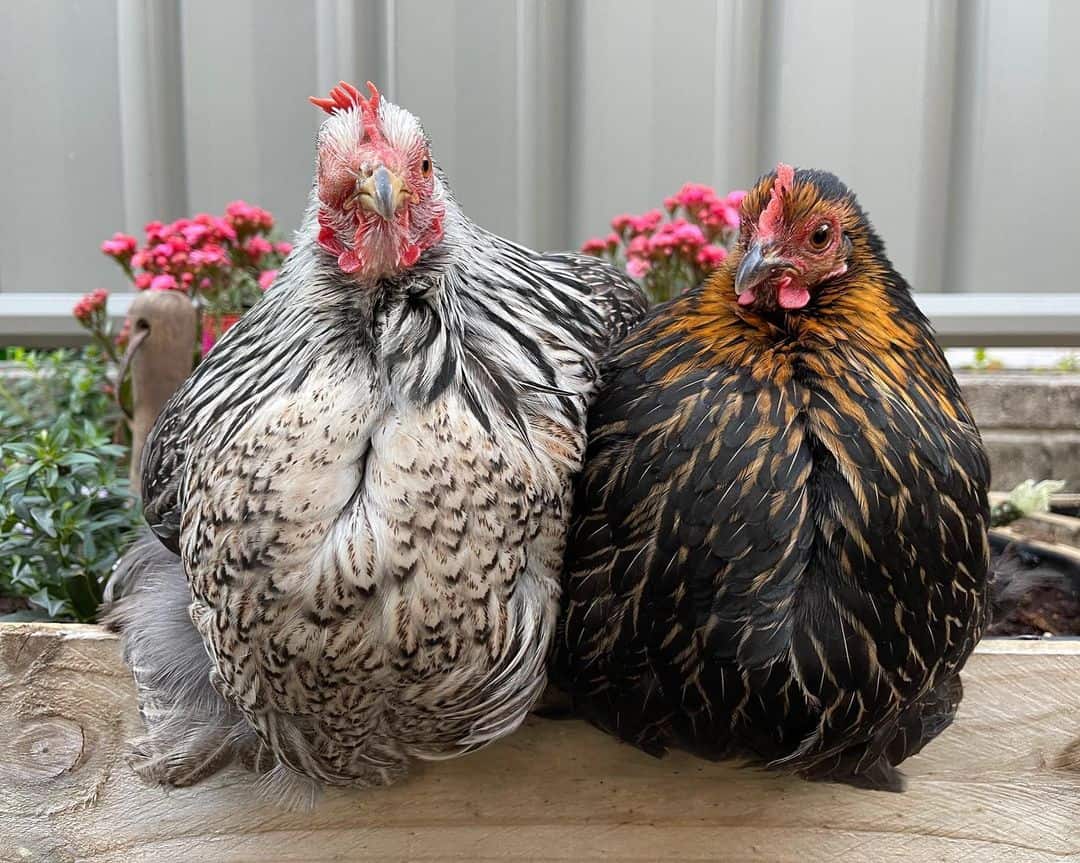 The Pekin chicken is a breed recognized by the Poultry Club of Great Britain.

As stated earlier, it is a true bantam, and it only weighs around 600 grams and stands approximately 25 cm.

The most prominent feature of this bird is probably its plumage. While all chickens have feathers, the Pekin chicken looks like its feathers have feathers! They have such a large number of feathers that they appear comical. They’re probably one of the roundest chickens you will ever know.

However, that’s not the only lovely thing about their plumage. The Pekin chicken also comes in different colors and patterns.

The Lavender Pekin would undeniably be an elegant part of your flock.

On the other hand, the Millefleur Pekin looks like the chicken counterpart of a teddy bear. It would be adorable to watch them strutting on your coop.

If you’re looking for something a little crazy, the Frizzle Pekin and their wild do will be able to offer you just that!

There are a lot of other different variants out there. Whatever you’re looking for, there would be a Pekin chicken for you. If you want to learn more about the other variants, then you can click here.

They look a lot like Cochins, maybe just a little rounder. For this reason, the Entente Européenne d’Aviculture et de Cuniculture recognize them as the equivalent of the Cochin bantam. 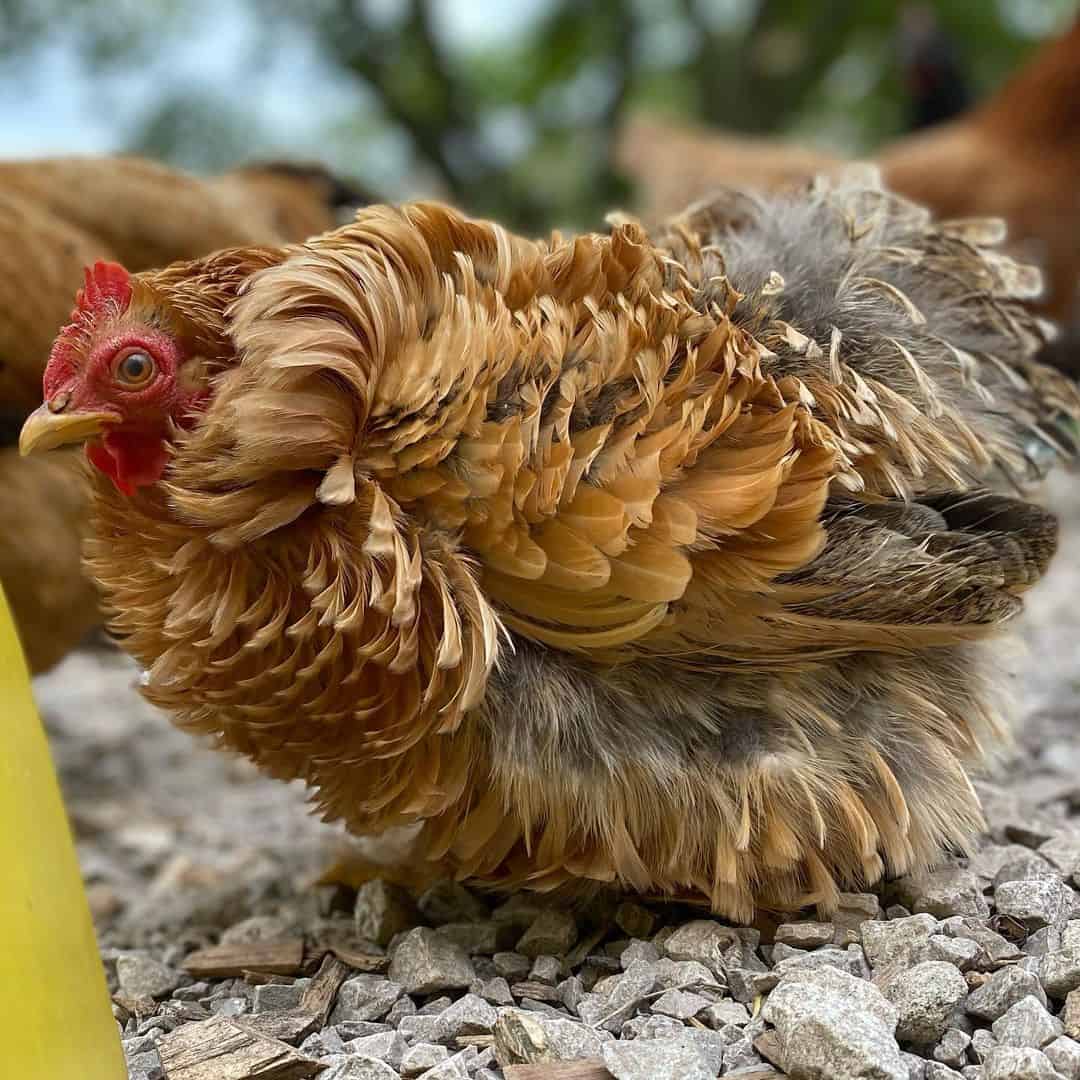 These birds are not only about looks. If you think the Pekin chickens look like the sweetest little things, well, they are! They are easy to handle and are beginner-friendly. These birds aren’t ones to give you much trouble.

The Pekin chicken is known to be docile, which means they could be great pets. They would be more than happy to receive some extra tender loving care, especially if there are treats involved. The greater you handle and bond with these birds, the higher the possibility of them being excellent barnyard companions.

With their appearance, they could easily catch the attention of little kids. The Pekin chicken is known to be gentle and calm, so you can let little kids hug them. If your kid is not especially rough, then you can probably let them play together.

However, all roosters are known to hold some fight in them, and the Pekin roosters are no different. If you have some little guys in the flock, then they may get a little aggressive. However, they are generally gentler.

If you’re looking for a darling fowl to add to your flock, then the Pekin chicken is undoubtedly a choice to be considered. 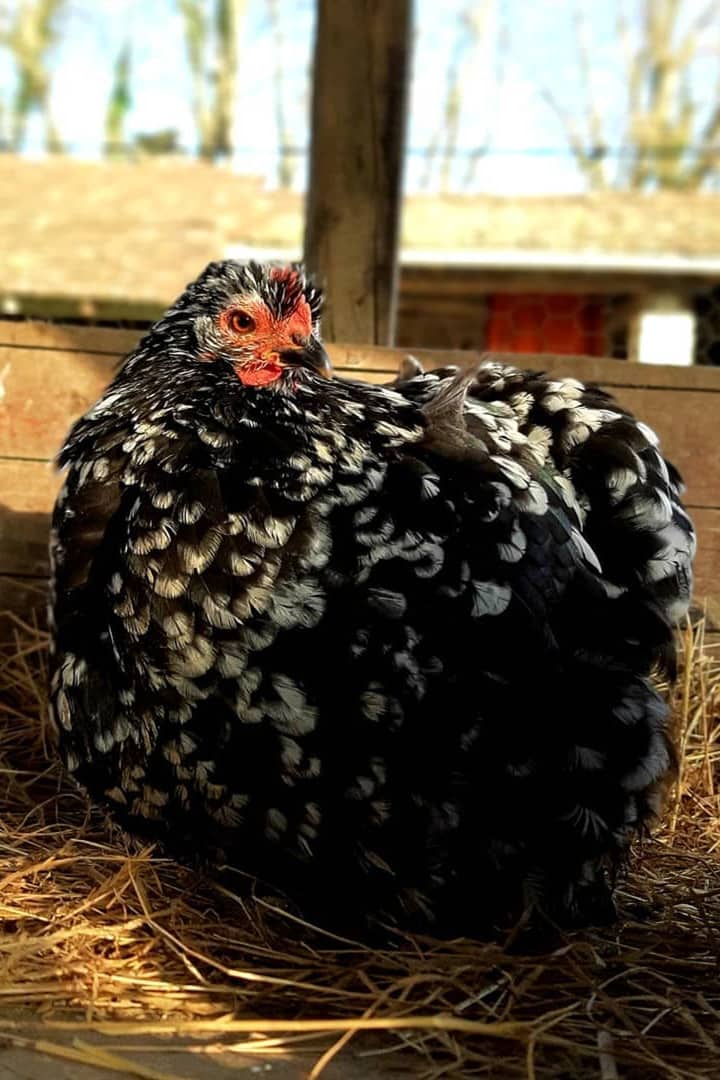 Being more of an ornamental bird, the Pekin chicken is not the best layer around.

Their eggs are not the best in dimensions either like their size, their eggs are on the smaller side. Furthermore, it gives a white or cream shade. Overall, they are known to produce around 100 eggs each year.

However, they are good setters and are regularly broody. If you plan on hatching your own Pekin chicks, then you wouldn’t have much problem with this breed. Additionally, they are also attentive to their young ones. The Pekin hen is a great mother. 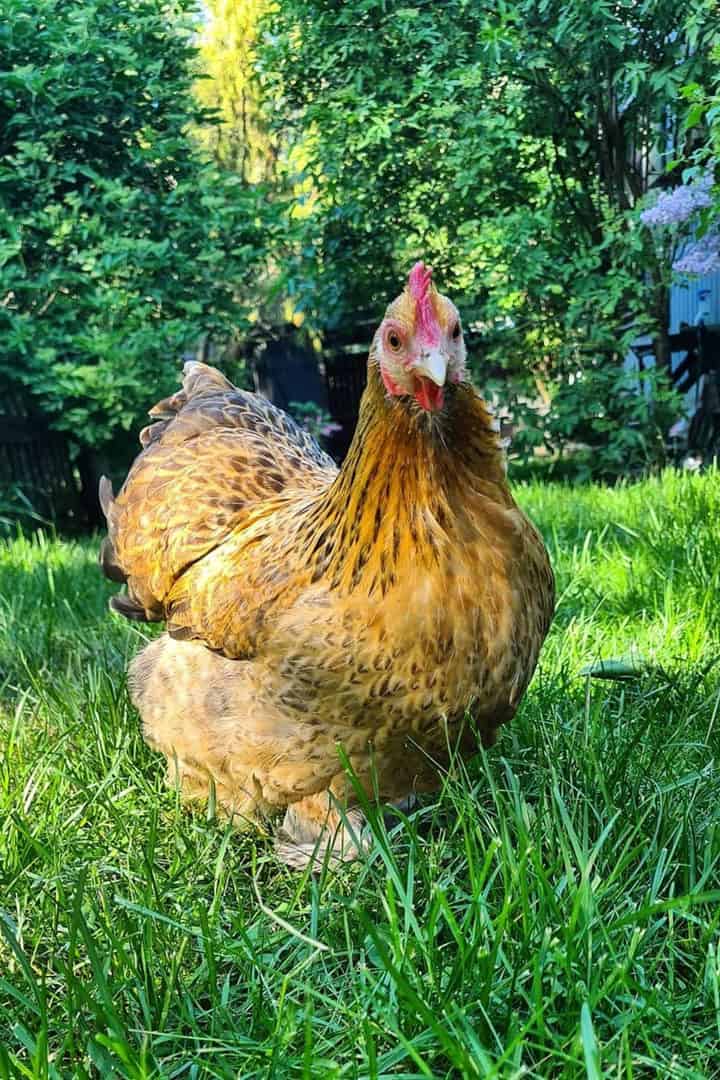 The Pekin chicken is easy to care for.

These birds might not be that strong, but they are not the weakest of the bunch. They are generally known to be robust birds and are not especially susceptible to any illnesses or ailments. You would mostly need to worry about the common health issues chickens face. On average, they could live as long as five years. With some extra care, they could live up to or more than ten years.

They’re also not hard to home. Unlike some other breeds, they don’t require much space and would seem to be happy just about anywhere. You can even keep them indoors, given that you still allow them to run free at times.

However, you would need to be a little attentive when it comes to their feathers. To prevent them from any pain or disease, you have to trim their plumage from time to time. Additionally, you would also have to keep it clean as to not invite lice and mites. Lastly, make sure you dry them off when they get wet.

Except for being a little extra careful with these birds’ feathers, they don’t require much. However, of course, they wouldn’t say no if you have some extra love (and treats) to give! 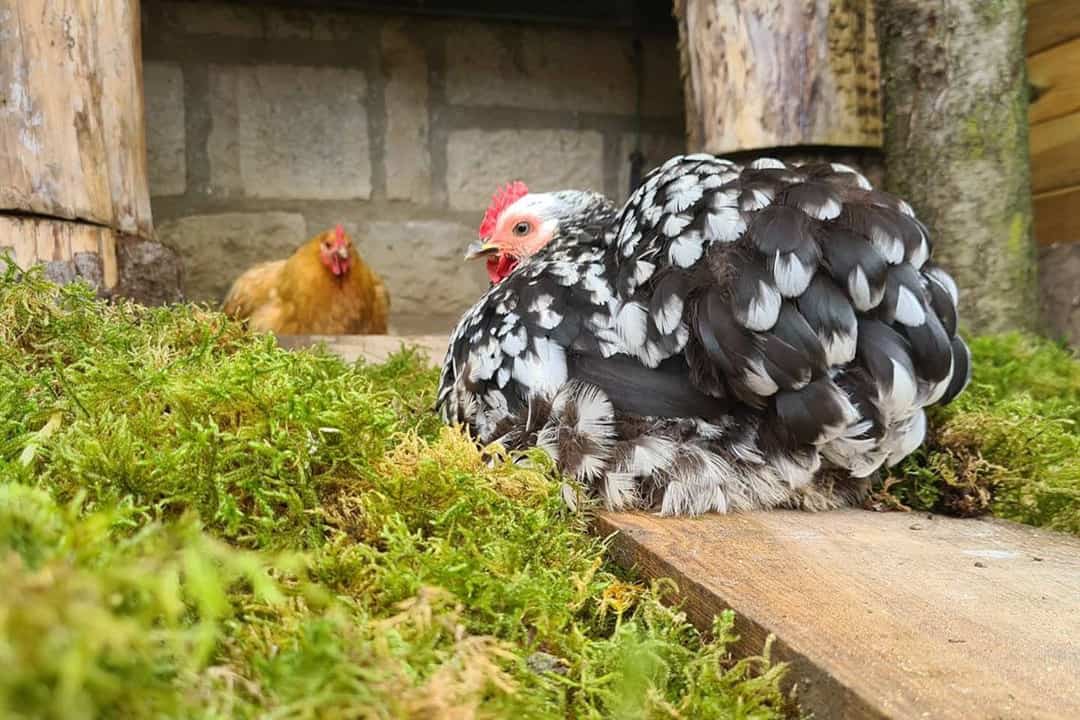 Pekin chickens are one of the most precious little critters you will ever see, and you would most probably want nothing but to give them the care they deserve. Here are some tips to help you in taking care of your little chicken. 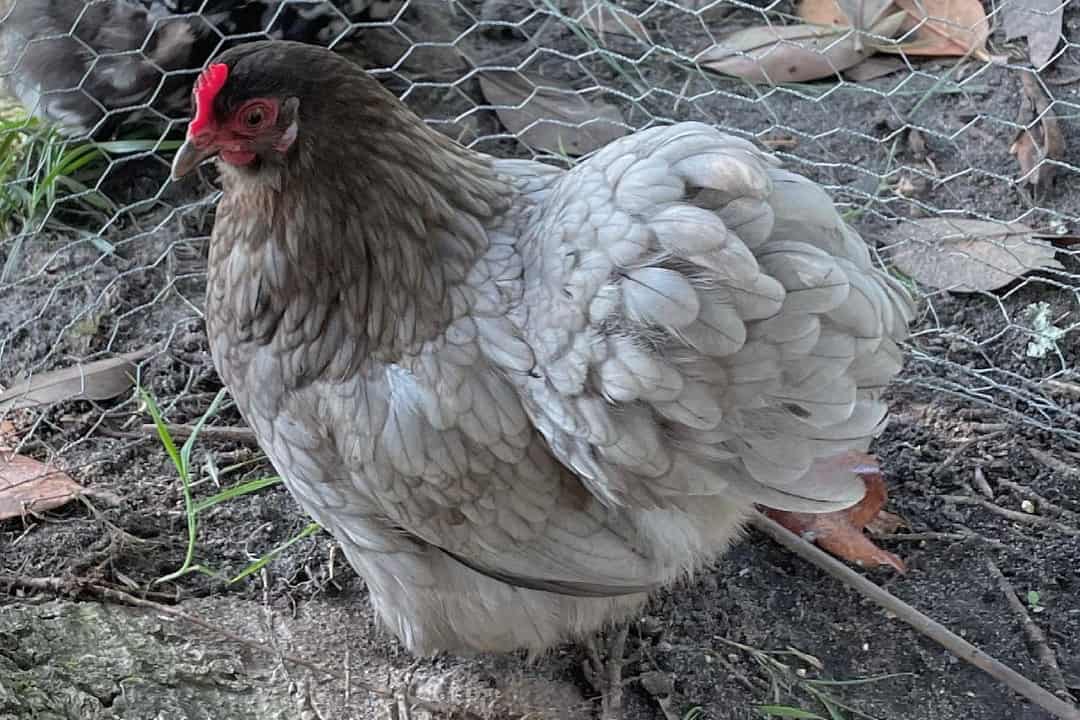 The Pekin chicken is one of the loveliest birds out there.

They have been around for hundreds of years already, and numerous stories have been passed down regarding their origins. While some parts of their history seem to be unclear, almost everyone agrees that they came from Peking, which is where they probably got their name from.

These birds don’t require much and would be contended with small spaces. They are also not prone to any diseases or ailments, and you would most likely only have to look out for the usual health concerns.

All that fluff helps in ranking them high on the list of most adorable birds. However, it could also pose problems for the little critters. Proper maintenance is required to avoid any serious complications.

Overall, the Pekin chicken is undoubtedly a bird worth considering to add to your flock.

If you’re looking for Pekin chickens for sale, then you can check Omelet out for updates when they get some new listings. However, if you can’t wait, then you might want to check Pipinchick for their Pekin bantams for sale. 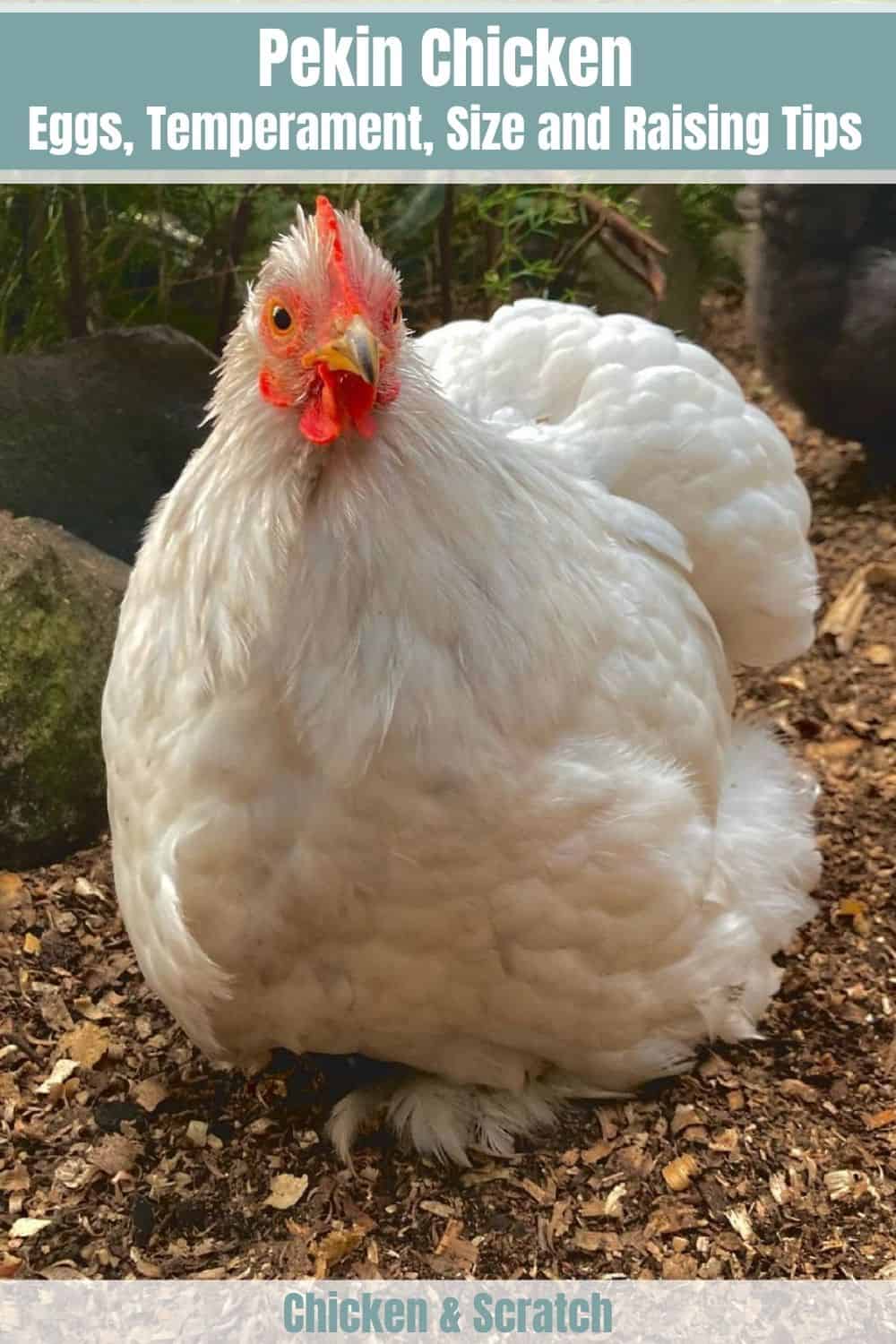