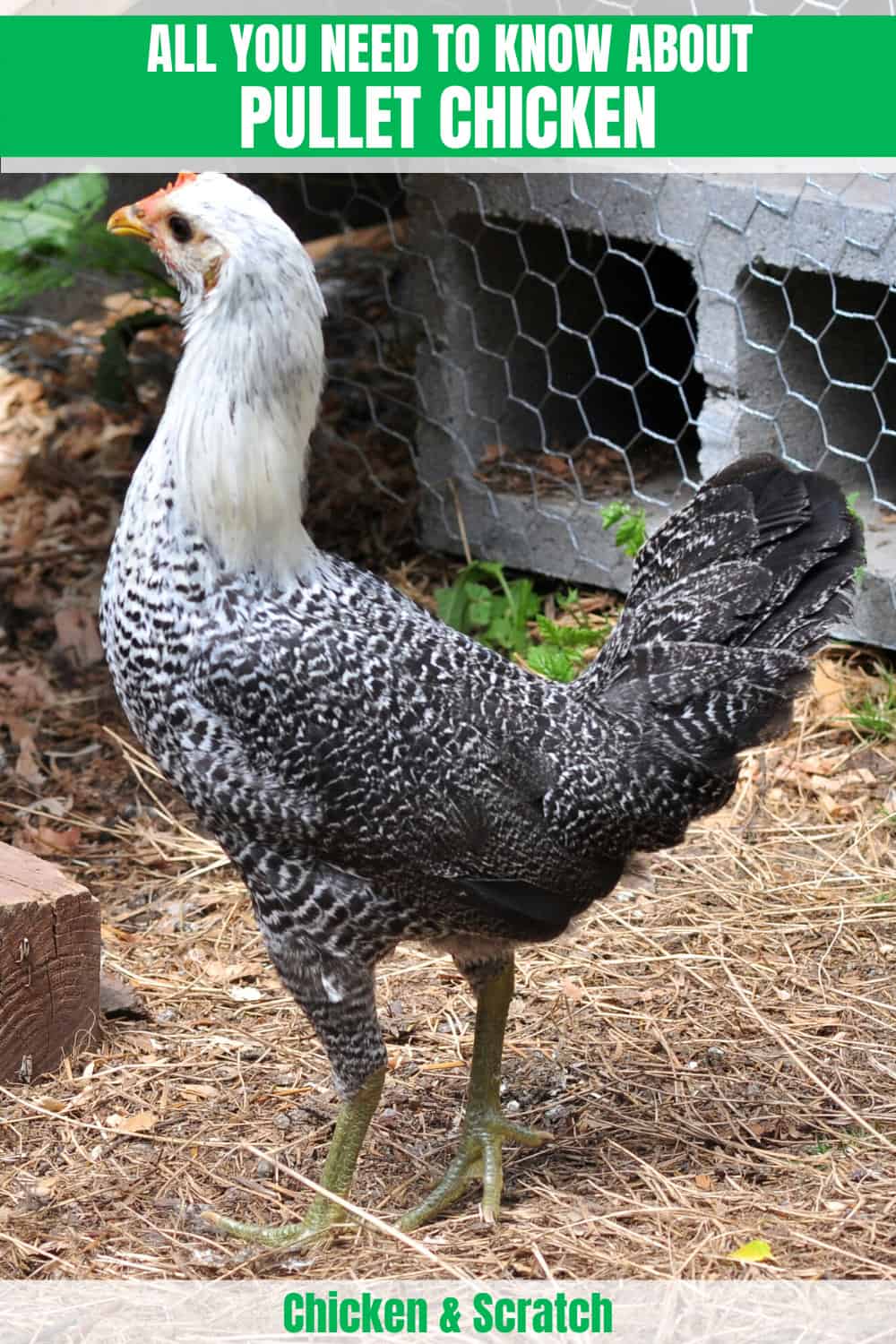 When it comes to getting the most of hens at their most productive portion of their lives, their first year immediately after their first molt is what everybody is waiting for. It’s the very first time they start shedding their young feathers for those of an adult. Getting these chickens before they hit this stage has become a desired practice among chicken growers harvesting for their eggs. It’s the stage when they call them pullet chickens.

What is a Pullet Chicken?

Pullet chickens are considered full-grown adult hens in size and weight but are yet still developing so that they’re still not able to lay eggs. Typically, hen growers consider hens under 1 year of age as being pullet.

The transition between a chick and a pullet is not really considered a difference. So basically, if you’ve got a chicken that’s no longer looking like a chick but is not yet at the stage when it’s laying eggs, it’s considered a pullet.

In terms of the age range, pullet chickens are identified between 15 to 22 weeks old. This age range also differs between breeds with some like the Rhode Island Reds laying somewhere between 18 to 20 weeks while the Orpington can get into their business of egg-laying at 28 weeks. Breeds that lay early are generally considered as production breeds.

The breed is an important factor when chickens generally start laying. However, there are also other factors that may account for that time and how many eggs they lay in a day. These chickens are also affected by the length of daylight, the kind of feed they eat and the level of stress they might be in.

Getting a hen into a new environment does add to a chicken’s stress level, pushing their egg-laying period a little further when they’re more adjusted to their new home.

While hen growers would like to see pullets become full-fledge hens sooner, it’s actually healthier for pullets to lay eggs later than early. Laying eggs before their time can lead to some biological complications that can affect the quality of the eggs they lay.

Distinguishing Characteristics of a Pullet 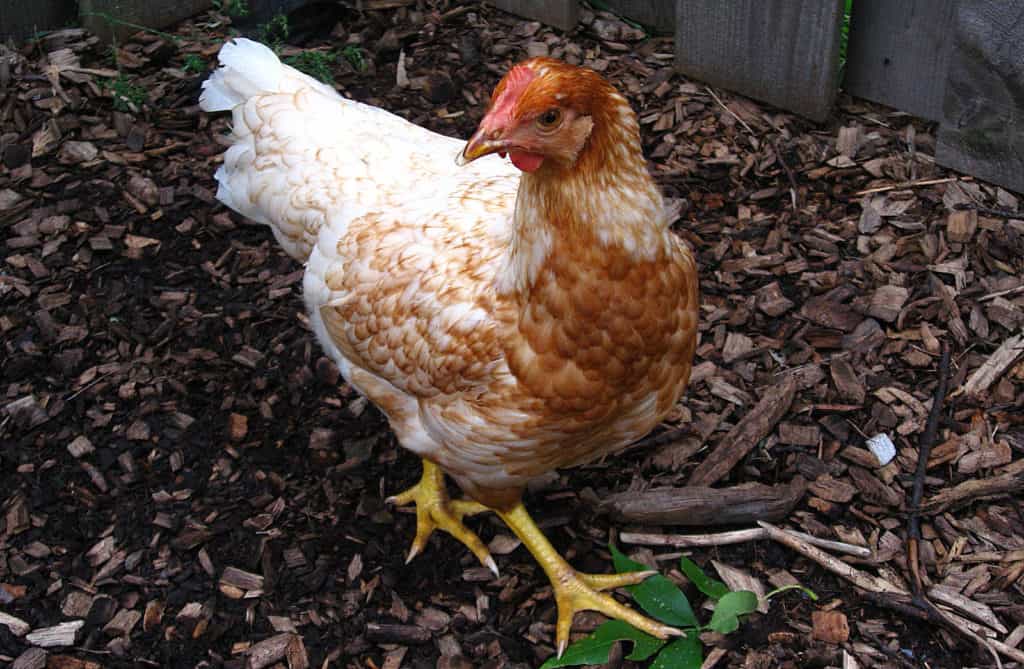 Pullet chickens do have some distinct physical characteristics that help growers identify them. As they have just shed their younger feathers for their first molt, they have a full coat of shiny new feathers. These tend to be glossy and tight with no broken feathers or any sign of baldness.

One of the more obvious features that show the age of a pullet is its comb and wattle. These are the red flesh-like crest that lines a chicken’s head and that hangs just below its beak. The pullet tends to be bright red, full but smaller unlike a fully developed hen’s that are somewhat dull, more aged, spotty and fully grown. The pullets’ comb and wattle tend to be smaller and less developed.

Pullets have better-colored legs that are smooth and clean. Older, egg-laying hens tend to have faded colored legs with raised scales and swollen joints.

Check out a pullet’s vent under their tail feathers where they poop. They should look clean, bright pink and even glossy. Older hens tend to be pale pink to white to grey and dry. Pullet chickens have clean vents with no or very little poopy material around it.

One other characteristic of a pullet chicken is their pelvic bones. They are closer together than those of the hens. And when you feel gently under their rear end, the bones that line around the vent are tight and close. These are also called the pin bones that are just underneath where the hen lays her eggs. When they’re that tight, these pullets are not yet ready to lay eggs.

A pullet chicken is energetic, curious, busy and lively. It’s the nature of a young bird. They can also be more easily excitable or fearful especially in a new environment. Older hens tend to be milder and more settled.

And in weight, pullets are noticeably lighter than the hens.

Why Choose a Pullet Chicken? 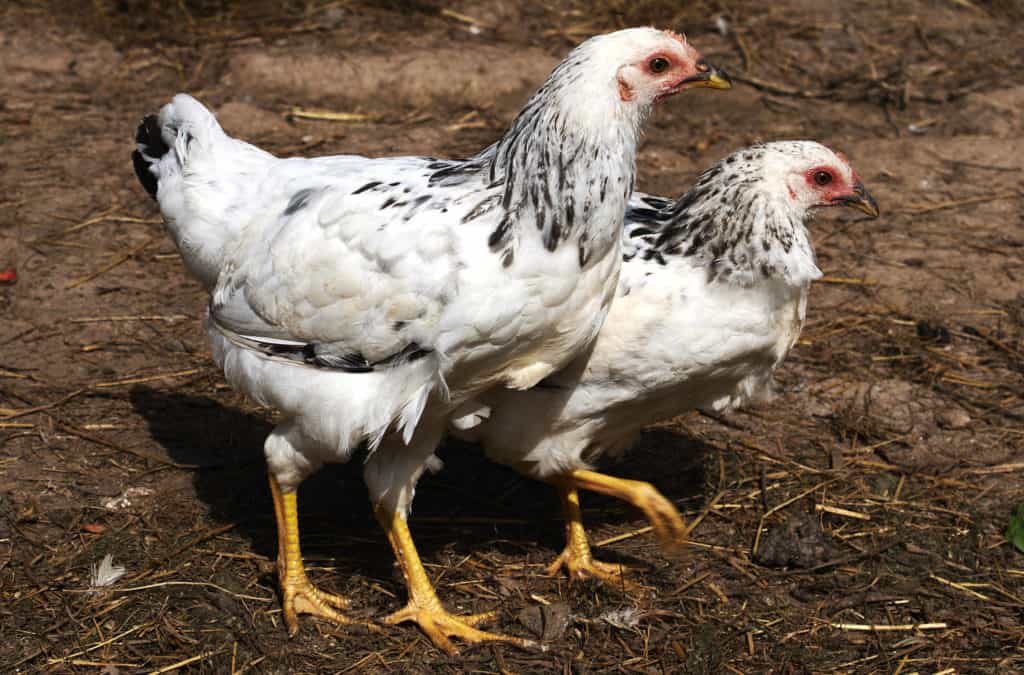 Pullet chickens are at a transition into a full-fledge hen when they’re ready to lay their eggs. Their first year of egg-laying is their most productive. Right when the pullet becomes a hen, the eggs they lay tend to be larger though fewer in number before they start laying at a rapid consistent rate.

Why Pullets Over Chicks?

While getting day-old chicks are widely available and are even readily shipped by the U.S. Postal Service, you still have to raise them. You’ll need to provide these chicks food and shelter until you get them to the point where the pullets are.

With pullet chickens, you’re getting a practically grown hen. While you still need to spend some time getting them to “point-of-lay” which is when they’re just about ready to lay their first egg, they’re practically ready.

Being practically adult hens, they are hardier and more resilient, needing less fuss when it comes to their health. They are sturdier in build, making them less accident-prone.

These pullets certainly don’t require their mothers, unlike chicks that may need some extra care to make up for the absence of their mother. And that’s on top of the feed, shelter and space you’ll need to provide for them.

To many, it makes better sense for hen growers to choose pullet chickens over chicks to sustain their flock. The cost of a pullet is certainly more than a chick as the seller needs to recoup the cost of raising them and add some profit on top of it. Ultimately, it depends on what’s practical for you where you are. You’ll have to do the math as well as do a risk-reward analysis. 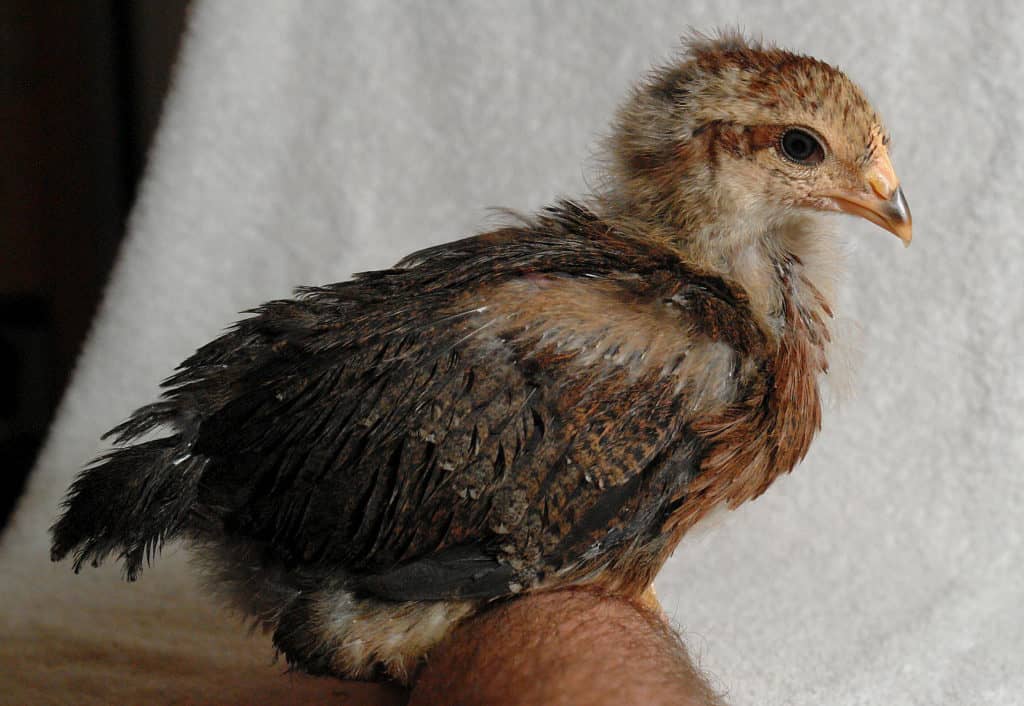 There are a few things to keep in mind when introducing a new pullet into your existing community. The foremost concern is the danger of disease. It’s difficult to be certain that any bird you bring into your flock is clean and ready for introduction.

Birds often carry with them diseases such as Avian Pox, Bronchitis and Marek’s disease. That’s why it makes sense to quarantine new birds before introducing them into your existing flock.

You may not be aware of this but chickens do have their social dynamics. It pays to closely observe your new pullets in order to avoid birds injuring each other. Quarantine helps these new birds to get used to each other and to their new environment and routine.

A good length of time for quarantine would be four weeks before introducing them to your larger community of birds. Any large enough space will do as long as they are clearly segregated and set at a distance far enough for any possibility of cross-contamination from occurring.

You might want to give your main flock and the new pullets time to get comfortable with each other. Setting them close enough for each other for a week would be enough.

And when the day comes to introduce them, you may do it at night when all the other birds are sleeping or bring them in after you’ve moved things in their pen around. Expect some change happening in your community’s egg production for one, two or three weeks before it gets back to normal.

How to Care Pullet Chickens 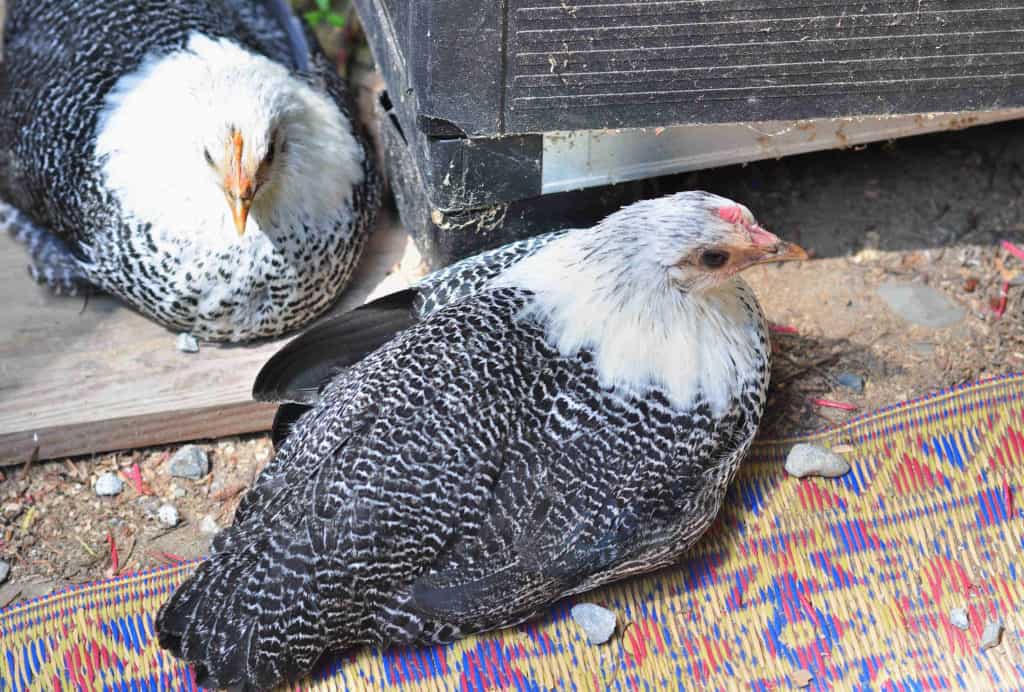 One of the strategies employed in the raising and caring of pullet chickens is strict segregation. Introducing new pullets to a larger community might make better sense for a smaller population of hens. But if you’ve got a larger pullet population or when you need to be more stringent in your management, segregation is a smart policy to employ.

There’s a quote that says, “What gets measured improves.” If you engage in measuring the health of your pullet, you’re going to be aware of their condition. And awareness will lead to actions that mitigate any problem.

You may consider weighing your chickens weekly. If you have a bigger flock, you may do weight sampling as they approach the week of their first egg-laying. Big farms weigh their pullet when they’re 2 to 3 weeks old.

Make sure your pullet gets more than enough water at any time. You may feed them twice a day. Check on the water plumbing and piping to ensure it’s always working and problems can be mitigated.

Follow through on your plan and schedule of vaccination according to your flock’s needs. And if there are birds that succumb to anything, take it out of the population immediately, find out the cause and dispose of cleanly.

Remember, a pullet is about ready for their point-of-lay at their 16th week. You may want to put them in the laying house, ready for that moment.

Chicken growers look for pullets as it’s the period before the hens are in their most productive. It’s worth your effort to learn about what this stage is about and what these hens need to get them to their point-of-lay.

Chicken Scratch & The Foundry is a participant in the Amazon Services LLC Associates Program. As an Amazon Associate, I earn from qualifying purchases by linking to Amazon.com and affiliated sites.
3 Shares
Tweet
Pin3
Share