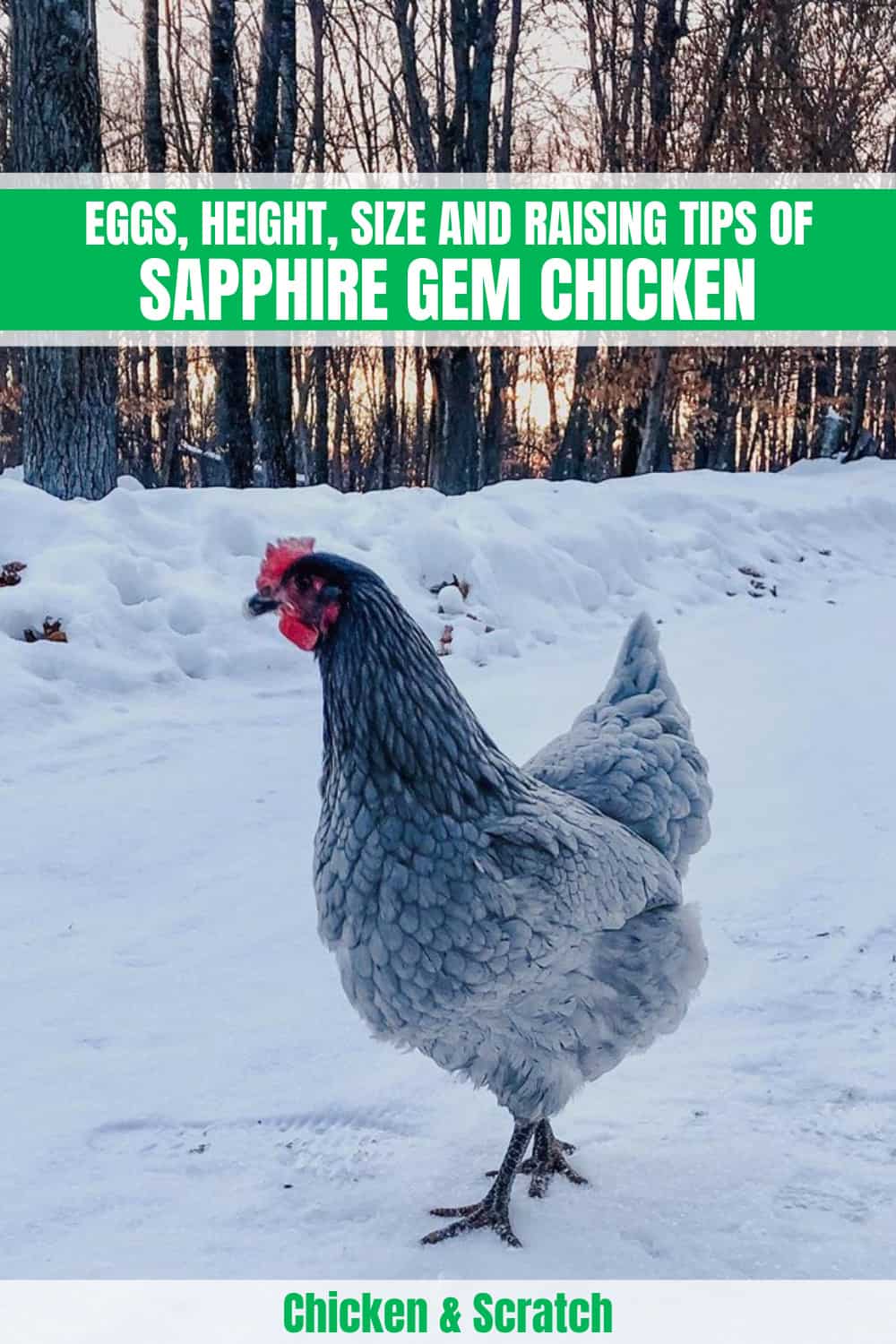 For those looking for a novelty chicken breed that is also a good egg layer, the Sapphire gem chicken is a wonderful producer of brown eggs.

This fantastic specimen, while not an official breed recognized by the American Poultry Association, is an attractive, showy sex-linked hybrid bird with colorful plumage that was derived from crossing two heritage and hybrid breeds.

Not a lot is known about the origin of this fancy new breed of designer chicken. A quick Internet search will reveal little detail on the background of this bird. There is even a fair amount of debate amongst breeders and farmers on what constitutes a true ‘Sapphire Gem.’

We do know that the original Sapphire Gem chicken hails back to the Czech Republic. This unofficial breed was first produced by a breeder in that country who crossed a Blue Plymouth rock chicken with the Barred Plymouth rock.

Some suggest, however, that these birds may also be bred by crossing a Blue Plymouth rock and a Disallowed Plymouth Rock. 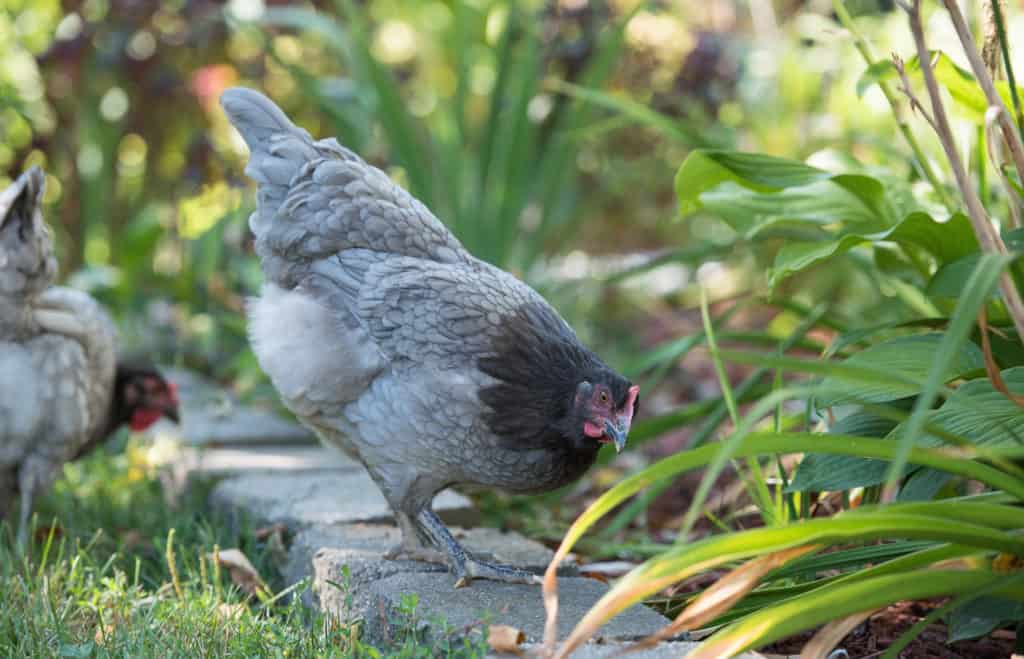 The Sapphire Gem chicken is closely related to the Andalusian chicken, a heritage breed that dates back to the mid 1800’s. The Plymouth Rock and Barred Plymouth Rock breeds, as their names suggest, originated in Massachusetts and were probably also first bred in the 19th Century.

The Sapphire Gem breed carries the dominant blue gene, which is selected for the color of the plumage. This hybrid chicken was purposefully bred both for its beautiful appearance and its high capacity for egg production.

Advantages of the Sapphire Gem:

Because of the nature of their genetics, the Sapphire Gem does not breed true. In other words, you may breed two Sapphire Gems, but they will not necessarily produce true Sapphire Gem chicks. It is often necessary to continue introducing the original two breeds in order to produce the desired look for the breed standard. 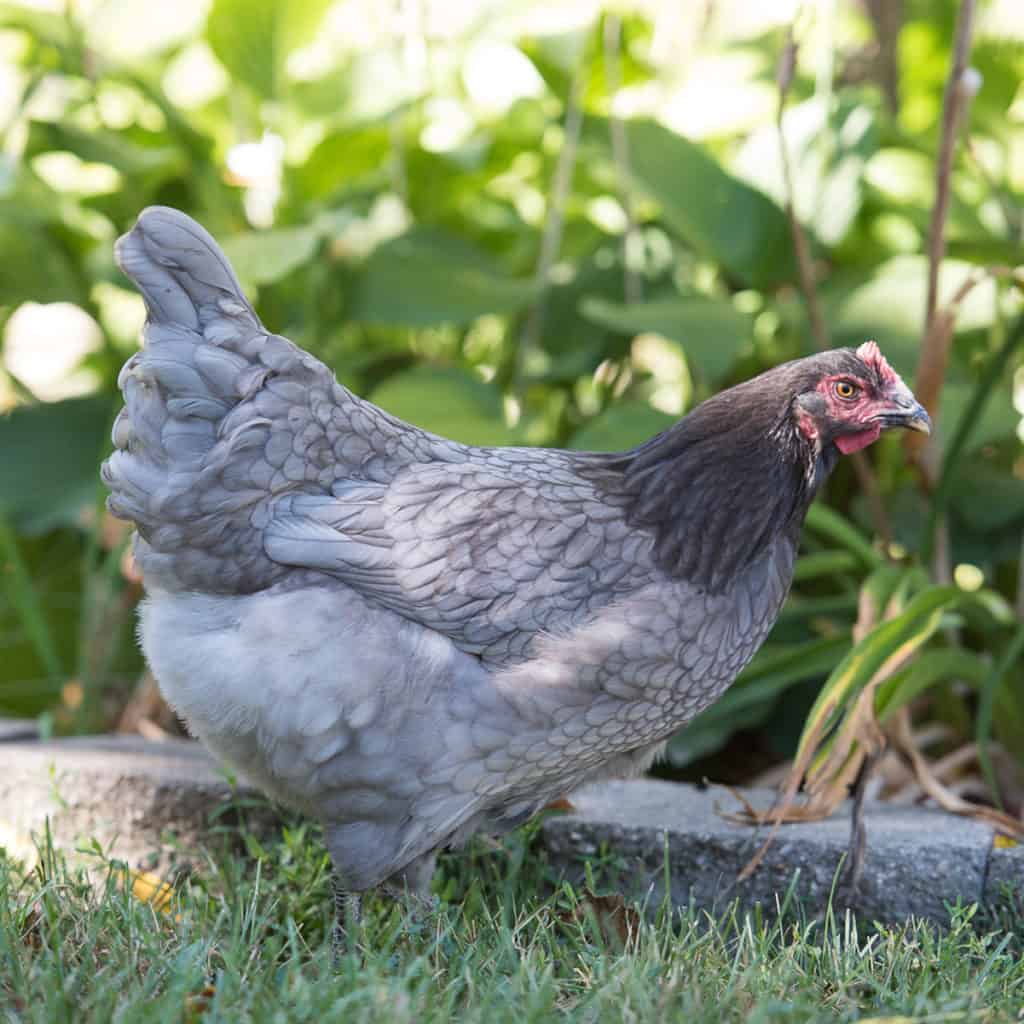 As an unofficial breed, stock is constantly being refined to produce the best examples of the Sapphire Gem. This means that sometimes there may be some chicks that appear more solid blue or black than grayish or lavender.

These variations in color do not make the chicks any less of a Sapphire Gem by temperament or egg laying capabilities but may produce a mature bird that is not of the exact coloring desired.

Because the Sapphire Gem is a sex-linked breed, it is usually easy to identify male and female chicks by the color of their feathers shortly after they hatch. In similarity to a black sex link breed, female Sapphire Gem chicks tend to be a solid blue color while male chicks tend to show a white spot on their heads or on the wings.

Sapphire Gems have an alert, upright appearance. The feathers of this breed come in a range of medium to dusky blues and lavender. The blue and purple hues of the bird’s plumage are what give it the namesake ‘Sapphire Gem.’

Adult males are largely blue in appearance but often have some barring. Barred plumage, according to R. C. Punnett and M. S. Pease, authors of the paper, “Genetic Studies in Poultry,” refers to feathers on which “bands of different color are arranged alternately along the feather at right angles to its main axis.”

Adult females are more of a solid blue or purplish hue. The hens have single combs on the tops of their heads.

The Sapphire Gem is a medium-sized breed of chicken. Roosters will generally reach a weight of around five pounds at maturity. A fully mature Sapphire Gem hen will usually weigh around four pounds.

Many describe the Sapphire Gem as an even tempered or friendly chicken. In an interview with Paws 4 Hearts Rescue, an employee of Hoover’s Hatcheries states that certain personality traits were encouraged as part of the breeding process with the aim to produce “a calm bird that performs well in all environments.”

Hoover’s Hatcheries also suggests that the Sapphire Gem breed should get along well with most other chickens.

Some chicken farmers have even reported that the chicks tend to be quieter than that of the young of other chicken breeds.

Because they seem to be good foragers, the Sapphire Gem makes a great free range chicken. They also seem to be fairly keen observers, which means they may be more alert to the presence of predators than some other chicken breeds. 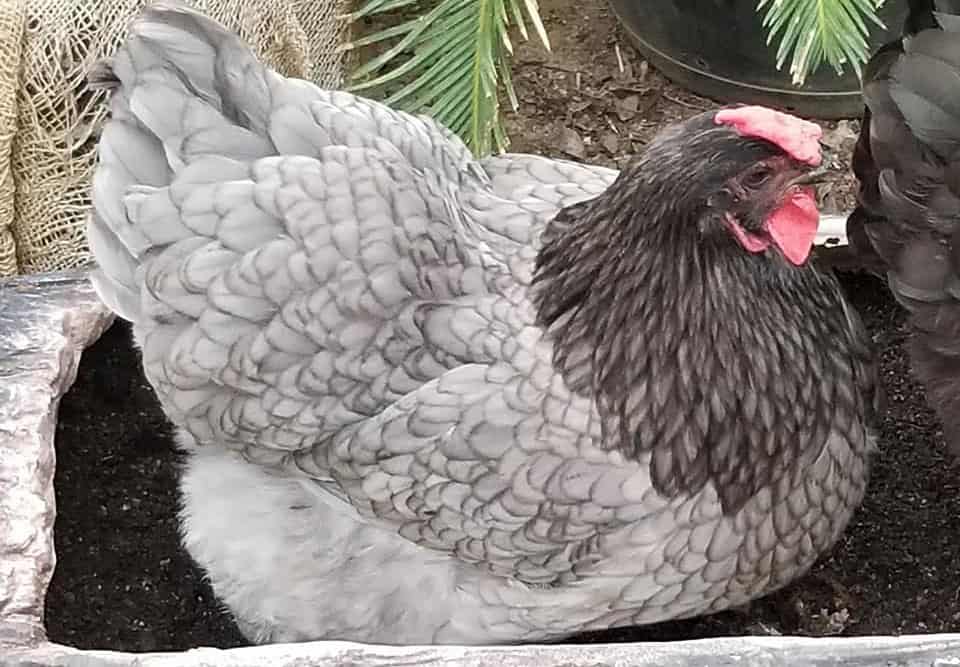 If you seek a chicken that will produce a fair number of eggs, the Sapphire Gem hen is an excellent egg layer. These birds were specifically bred to be good layers and are not really meant to be meat producing livestock.

A healthy, fully mature Sapphire Gem hen will often lay close to 300 eggs in a year, or, four to five eggs a week. They will begin to produce eggs between 18 and 24 weeks old.

With year round laying habits, this prolific bird will keep you busy collecting eggs in every season. Eggs produced by the Sapphire Gem hen are large or extra large in size.

As with the average chicken breed, the Sapphire Gem hen will tend to drop in egg production by around 20% after the first two years of laying. 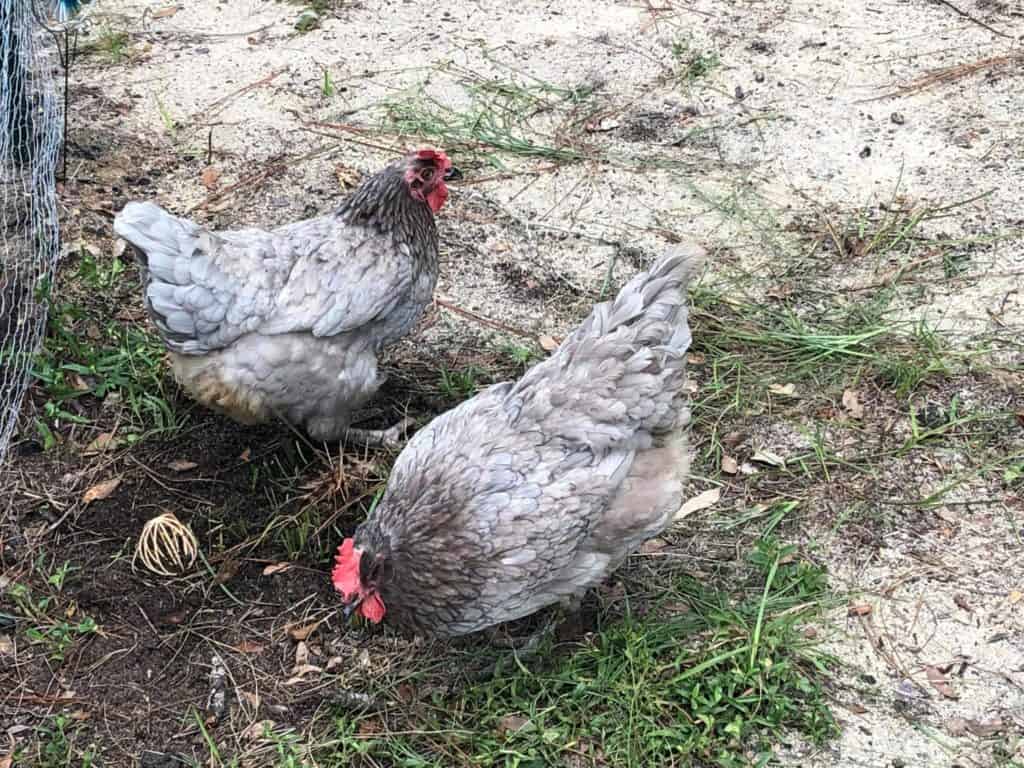 The Sapphire Gem, as with its close relative, the Plymouth Rock, should do well as a backyard chicken due to its quiet nature. This site also states that they will likely not mind confined enclosures, as long as there is adequate room for exercise, and they are provided with some form of entertainment to prevent boredom.

The Sapphire Gem chicken is said to prefer warm weather and to thrive best in very hot climates, but this specialty breed is also known to be hardy and can also survive in areas with very cold winters. If you live in a colder climate, you should provide indoor shelter for your Sapphire Gems during the winter months.

Providing warm shelter for your birds will prevent particular conditions, such as frostbite, which can sometimes cause combs to fall off. Combs can be coated with Vaseline, to help prevent this from happening. 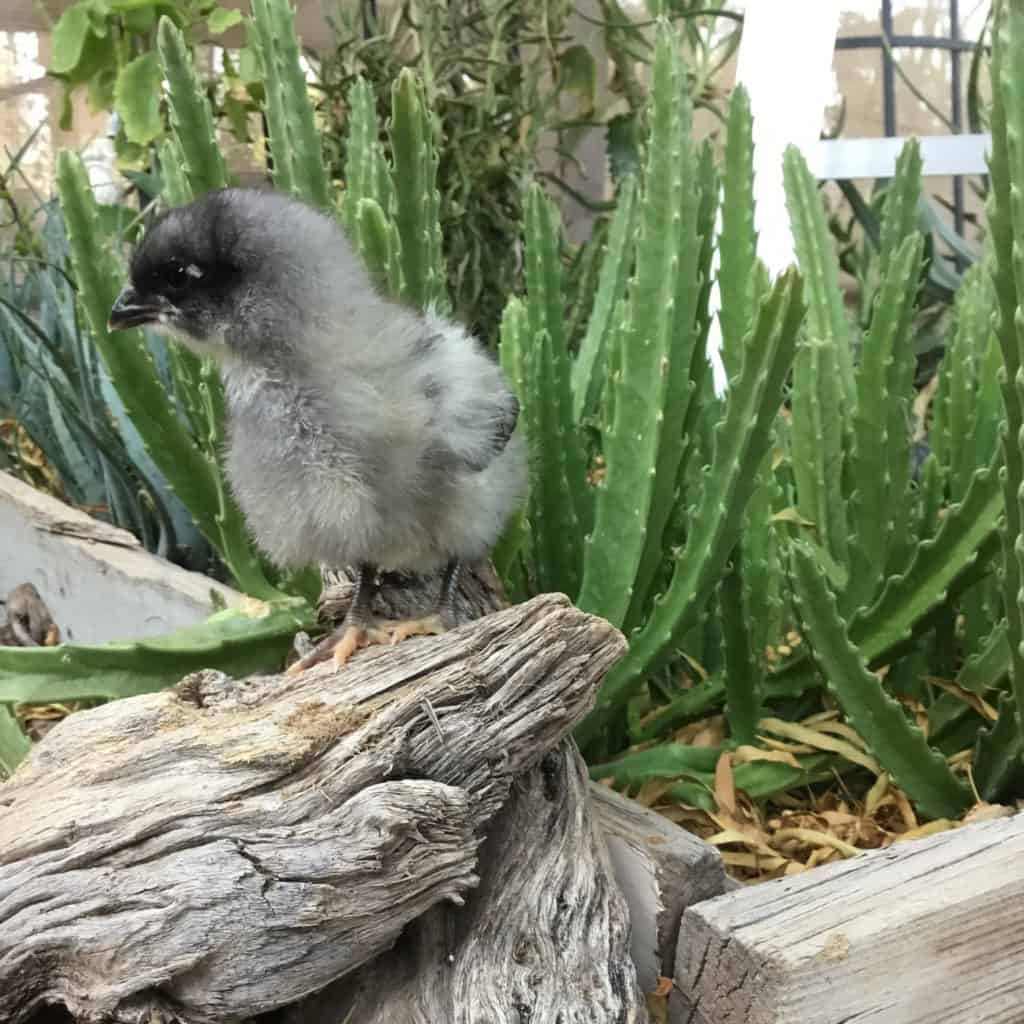 While the Sapphire Gem is said to do well in hot climates, it should go without saying that if you intend to raise any breed of chicken in a hot climate, you will need to provide plenty of shade and cool water for your birds.

You may also find it helpful to use electric fans to provide a gentle breeze, whether inside or in a backyard enclosure. Star Milling Company, a producer of quality animal feed, also suggests providing ice, in any format, for your chickens.

The birds can stand next to blocks of ice to keep cool, or they may choose to drink the ice cold water as it liquifies. Star Mill also suggests leaving frozen pieces of fruit for your chickens as it will encourage them to stay hydrated.

If you live in an area with cold winters, do provide indoor shelter. Keep plenty of warm, clean nesting material for your hens, and you may even consider using heat lamps or small coop heaters during particularly cold bouts.

To keep your Sapphire Gem chickens entertained, you can provide a number of amusements. You can use a rolling treat dispenser or a suet block as a way of keeping hens busy and happy, especially during the cold winter months. They also suggest adding ladders, perches and mirrors to the coop for entertainment.

As you can see, the Sapphire Gem is a truly exceptional breed. With her stunning blue and purple plumage, and her high egg production ratios, this bird is an ideal addition to your flock.

This bird is somewhat new, however, and maybe hard to obtain. Remember to check with breeders and sellers to ensure that you are getting a true Sapphire Gem: either a cross between the Plymouth Rock chicken and the Barred Plymouth Rock or the offspring of two Sapphire Gems where the plumage has matched breed standard.