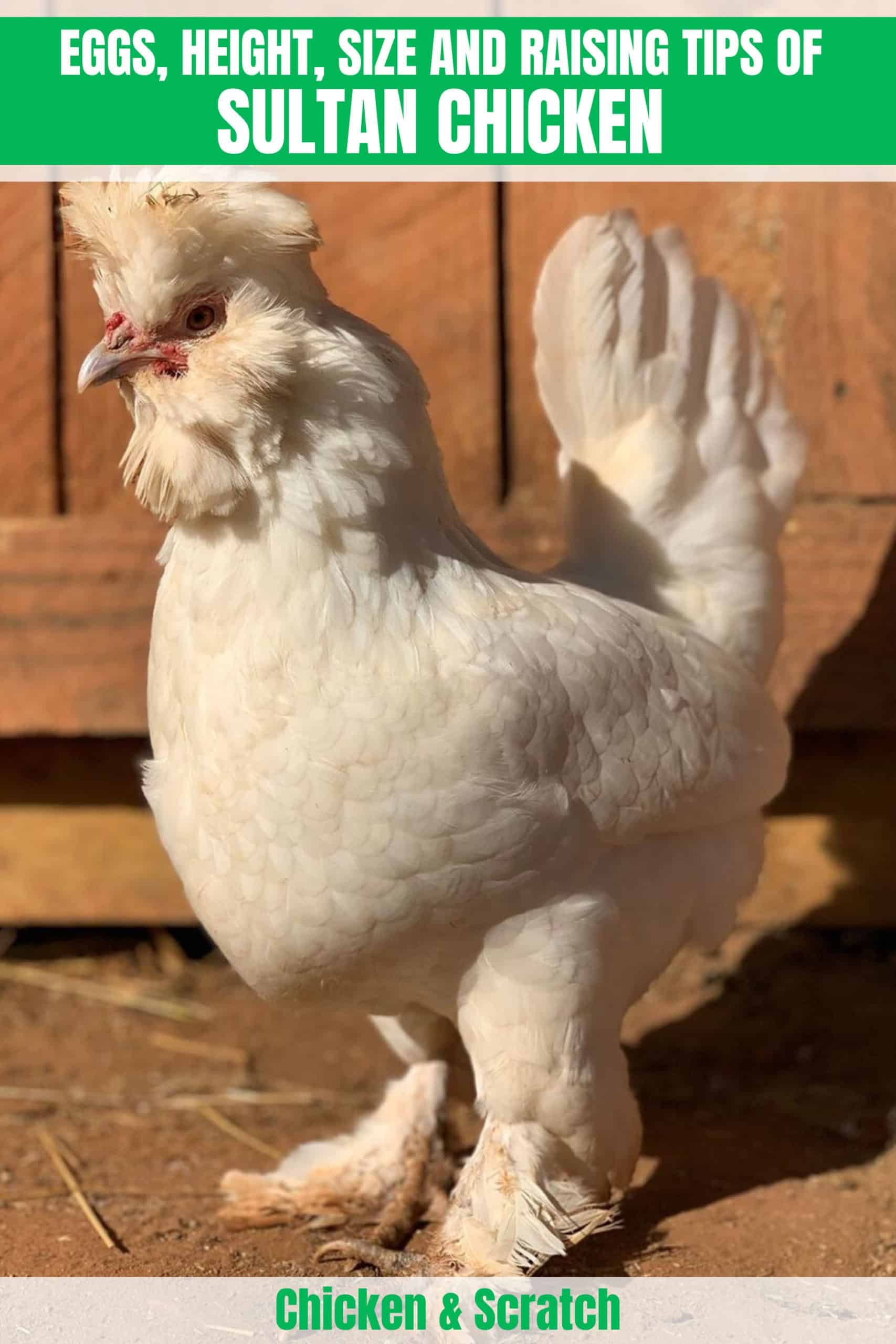 The Sultan chicken is one of those breeds that are beautiful and quite rare. It’s one of the oldest breeds and has been in America for an extremely long time.

It’s also listed as critical, so there’s a chance that it will become extinct in just a few years. We’re going to take a look at some of the important information about the breed and see what makes it such a great bird. 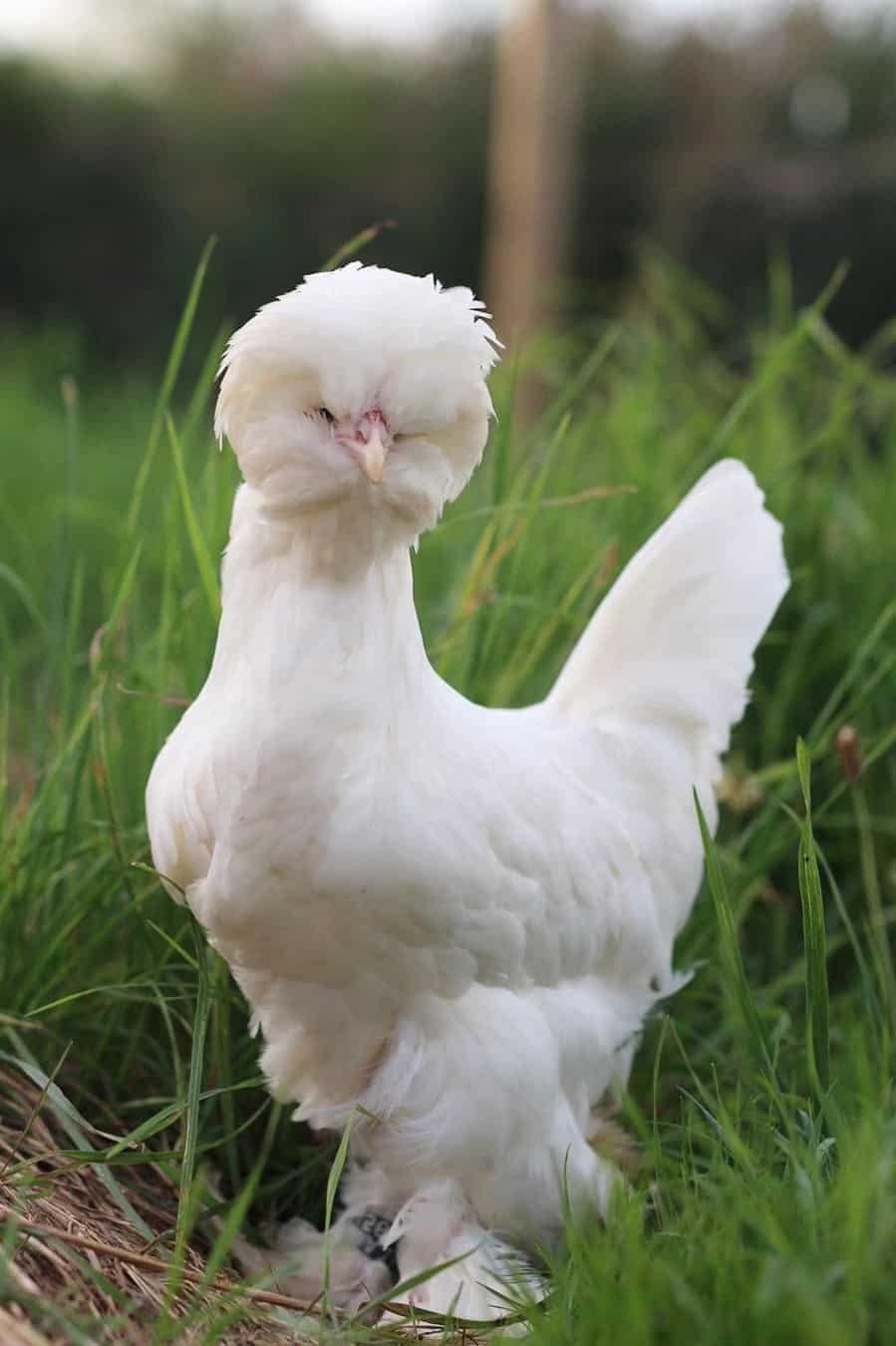 Background and History of Sultan Chickens

The breed first originated in Turkey and is known as Serai Taook or Serai Tavuk in this area. Since the Sultan has a very decorative look, it was extremely popular with the royals in Turkey. They often kept them in their gardens and called them Sultan’s Fowl as a result.

The breed came to England in 1854 and came to America in 1867. With that said, though, the American Poultry Association didn’t recognize the breed or even admit it into its Standard of Perfection until 1874. They fall into the category of Large Fowl or Bantam. They weigh around 4 to 5 pounds, so they aren’t as big as some other breeds.

These days, the breed is quite rare and they’re actually listed on the American Livestock Breeds Conservancy’s Conservation Priority List as critical. People usually have them to show off these days and don’t use them for too many other things. 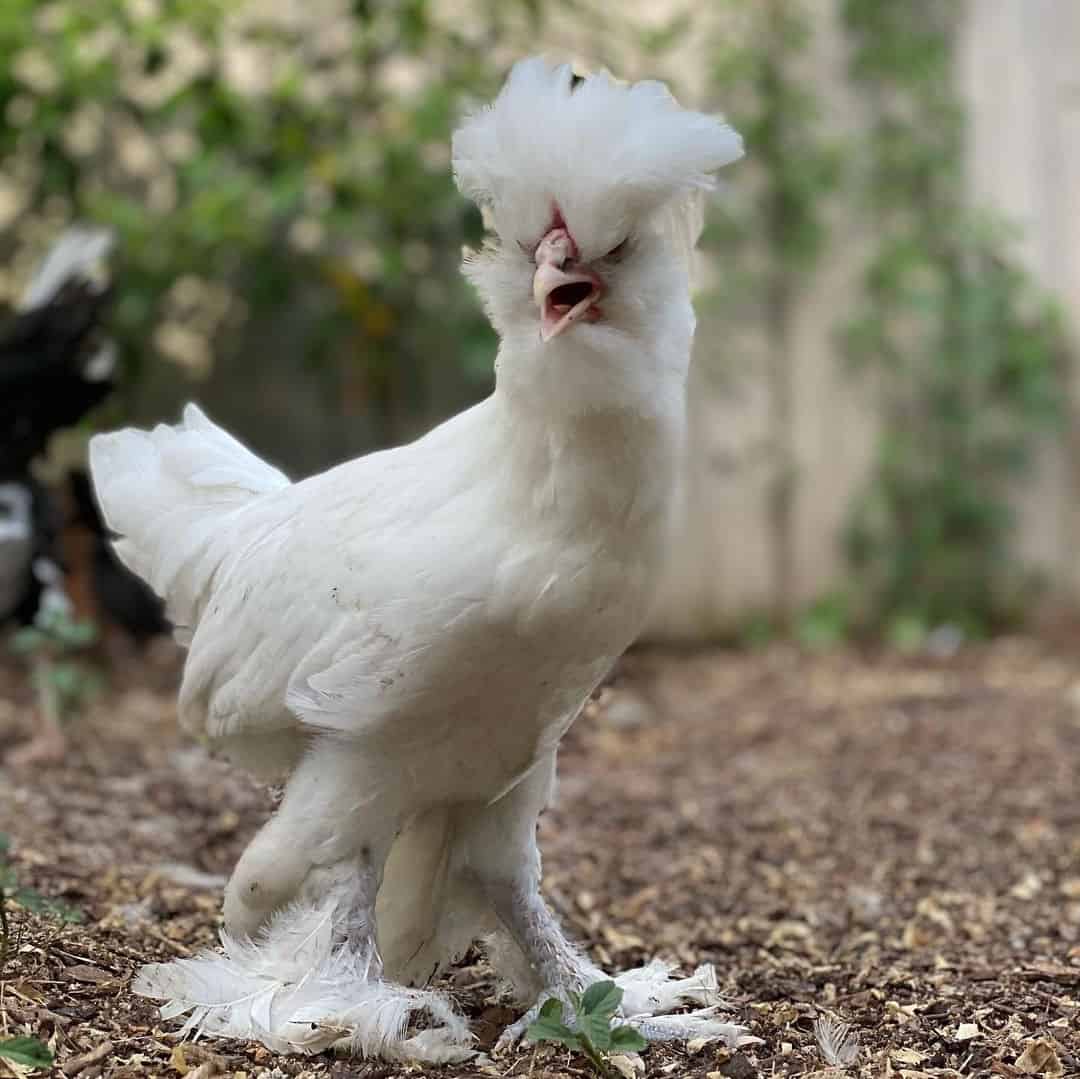 While they do well when they’re confined and in hotter temperatures, they really don’t survive well in cold weather. As a result, it’s best to only get them if you live in an area that isn’t prone to extremely cold temperatures or conditions that cause cold for extended periods of time.

While it isn’t as common these days, years ago the Sultan was considered a good bird to eat. This is likely because they had tender and large breasts. Some of the earliest breeders wanted to introduce some new blood, so they often bred the Sultan with various Polish breeds.

This didn’t really change much in terms of personality, hardiness or uses, but there are a few more options in terms of their appearance and the colors they are. Keep in mind, though, there is only 1 actual recognized color and the others are a result of the cross with the Polish breeds. 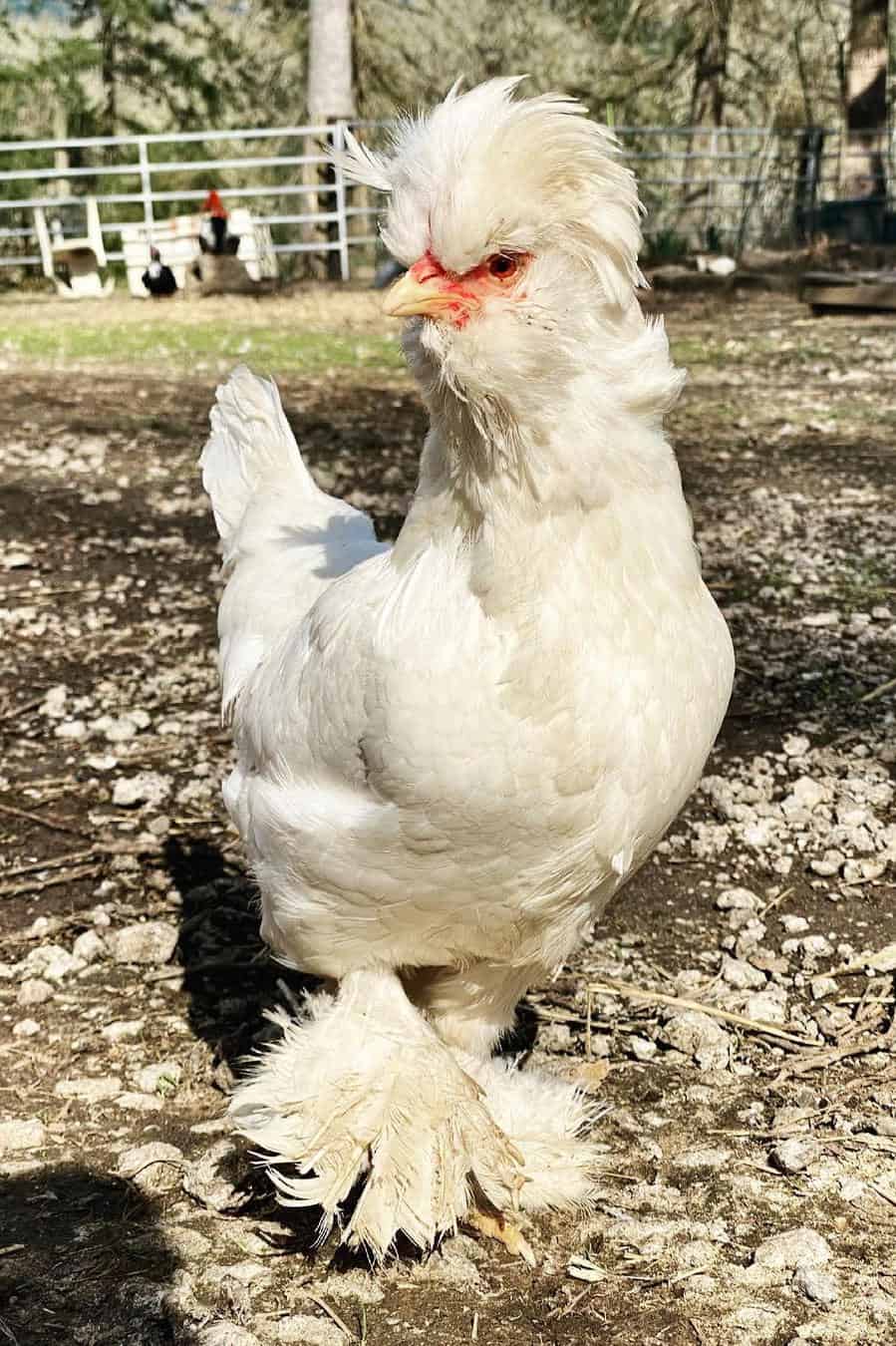 Next, let’s take a look at the breed standard and appearance of the Sultan breed. While it’s a small bird, it’s quite beautiful and is feathered on all parts of the body. The plumage on this breed is absolutely gorgeous and includes things like crests that are large and puffy, long tails and long beards.

They also have a large amount of feathering on their feet. Their combs are are V-shaped, small and red compared to combs on other breeds. As a result of the size, it’s hard to see the combs because they are almost completely hidden under the feathers.

The neck of the Sultan is very thick and has a large number of feathers. As a result, they look like they have shortened head even though it’s normal-sized. In addition, the earlobes and waddles are also small and red. The face itself is red and it’s one of the few breeds that actually have 5 toes on the feet.

While white is the only color that’s officially recognized, it can also be black or blue. The 2 latter colors are rarer, but they are out there. In addition to having the normal-sized, this breed also has a bantam version, where roosters weigh around 2 pounds and hens weigh around 1.5.

It’s also important to talk about the personality and temperament of this breed. As stated above, the Sultan doesn’t do well in colder temperatures and they aren’t really one of those breeds that can fend for themselves and forage successfully. They do, however, survive well in hotter climates and do pretty well when they are confined.

They are calm, docile and quite friendly. In addition, both males and females are very easy to tame and they are also handled quite easily. As a result of this, they are a fantastic choice for a backyard pet or to just show off.

While they used to be good candidates for consumption, there aren’t many places that still eat them today. This could be a mix of their beautiful appearance and the fact that they are on the critical list. One thing to keep in mind is that they are great at flying, so having a fence is extremely important.

They tend to get along with most other birds in the flock and they love coming up to their humans to get love and affection. In fact, if you sit on the ground close to them, they might even come and jump right into your lap. 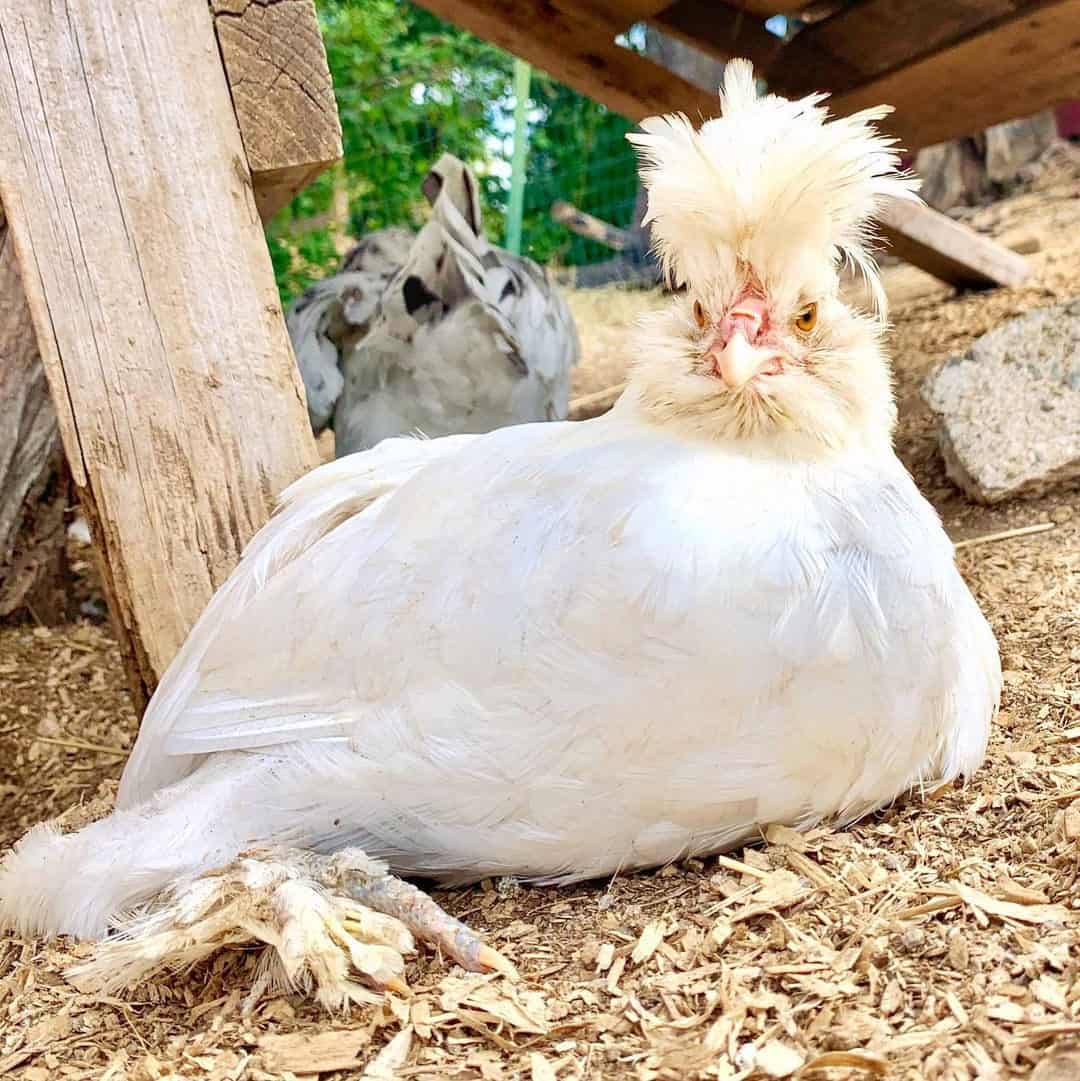 In terms of egg-laying, the Sultan isn’t really great for that purpose. they do a poor job and only lay about 1 egg a week or around 50 a year. As a result, they don’t often go broody. The eggs they do lay are large and white, but they don’t sit on them and it’s not you won’t get a consistent supply.

Some people try to do various things to help increase egg production, but they are a breed that just doesn’t lay a lot of eggs. As a result, it’s a good idea to find a different breed if you’re looking for something to give you a regular supply of eggs.

Keep in mind, even if you have other breeds, the Sultan won’t have an increase in laying. The breed isn’t set up to actually lay eggs, so it really shouldn’t be expected. Since they don’t usually go broody or even sit on their eggs, it’s not common for new ones to hatch.

If you want more birds of this breed, you’ll need to get them as chicks from a supplier and if you want more eggs, you’ll want to add high-producing breeds to your flock.

How to Take Care of Sultans 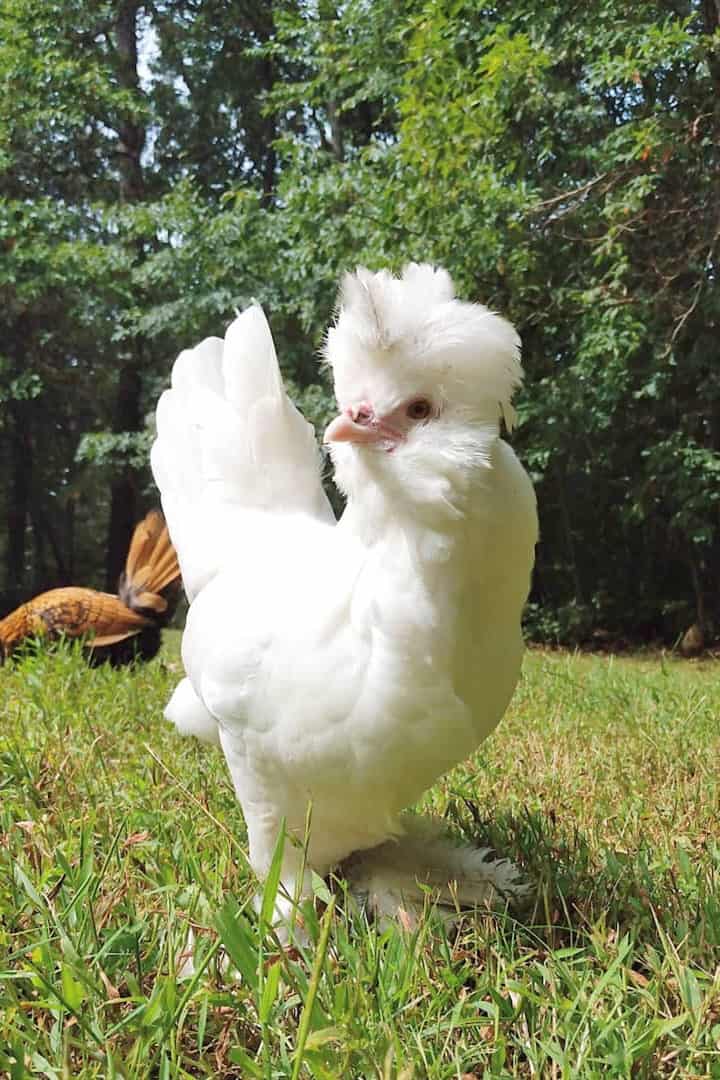 Besides the normal conditions that affect most chicken breeds, the Sultan doesn’t have many issues that are breed-specific. The only thing you really need to actively do is make sure their foot feathers and leg feathers are kept clean to minimize the chance of bacteria introduction or infections.

Some other conditions that they can experience are mites, lice and various types of infections. If you see that your chicken is behaving differently or seems like it’s having different droppings or discharge, it’s important to consult your vet as soon as possible. Noticing the symptoms is the first step towards getting them better.

Most domestic animals, like cats or dogs, aren’t a real threat but others like foxes or raccoons can be. It’s important to keep an eye on any animal around your chickens and make sure you know what kind of predators are around your area so you can do what you need to keep things secure. 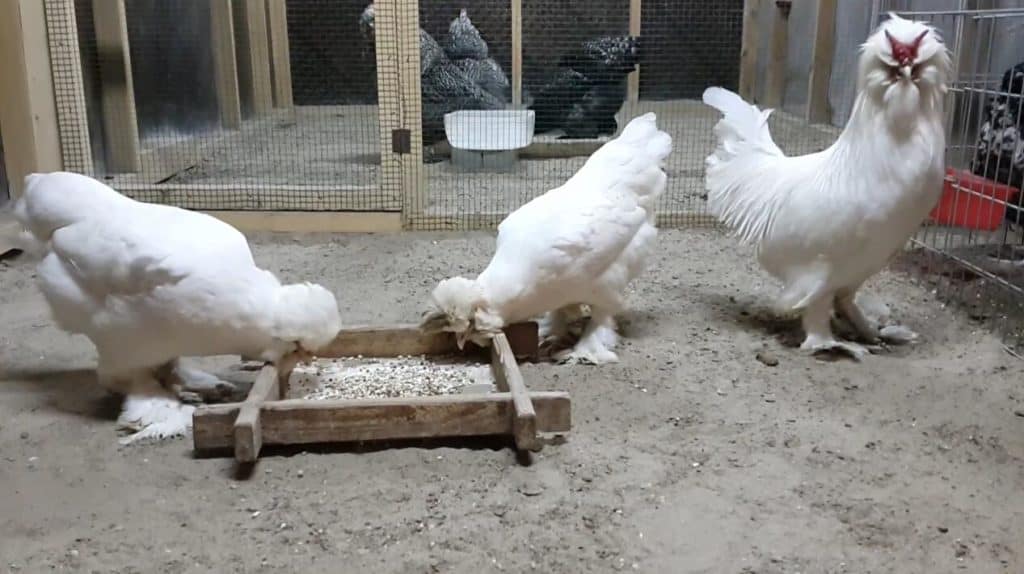 As with all breeds, it’s important to know how to take care of them before you ever buy one. They need to be cared for just like any other bird, but they do have some additional requirements. With that being the case, here are 4 raising tips for this breed.

One of the most important things about having poultry is making sure they get plenty of food and water. While most breeds only need to be fed once or twice a day, you want to make sure everyone gets something to eat. With water, chickens are notorious for getting things dirty, which results in you needing to replace water multiple times a day.

To help cut down on the frequency, you can make the chicken waterer slightly elevated to keep dirt and muck out. Regardless of what you do, make sure you’re checking the water several times a day and replacing as necessary.

You’ll also want to make sure you give them proper housing that includes a grassy area where they can run, play and stretch their legs. It’s important to have a home that’s big enough for everyone and has areas where they can get out of the cold or heat.

There are a few options for this, including a coop that’s commercially made or building one on your own. You’ll also want to make sure they have plenty of dry and clean bedding to keep them healthy and their feathers clean. One last thing you’ll want to make sure you do is to have a decent-sized fence because Sultan chickens love to fly and escape. 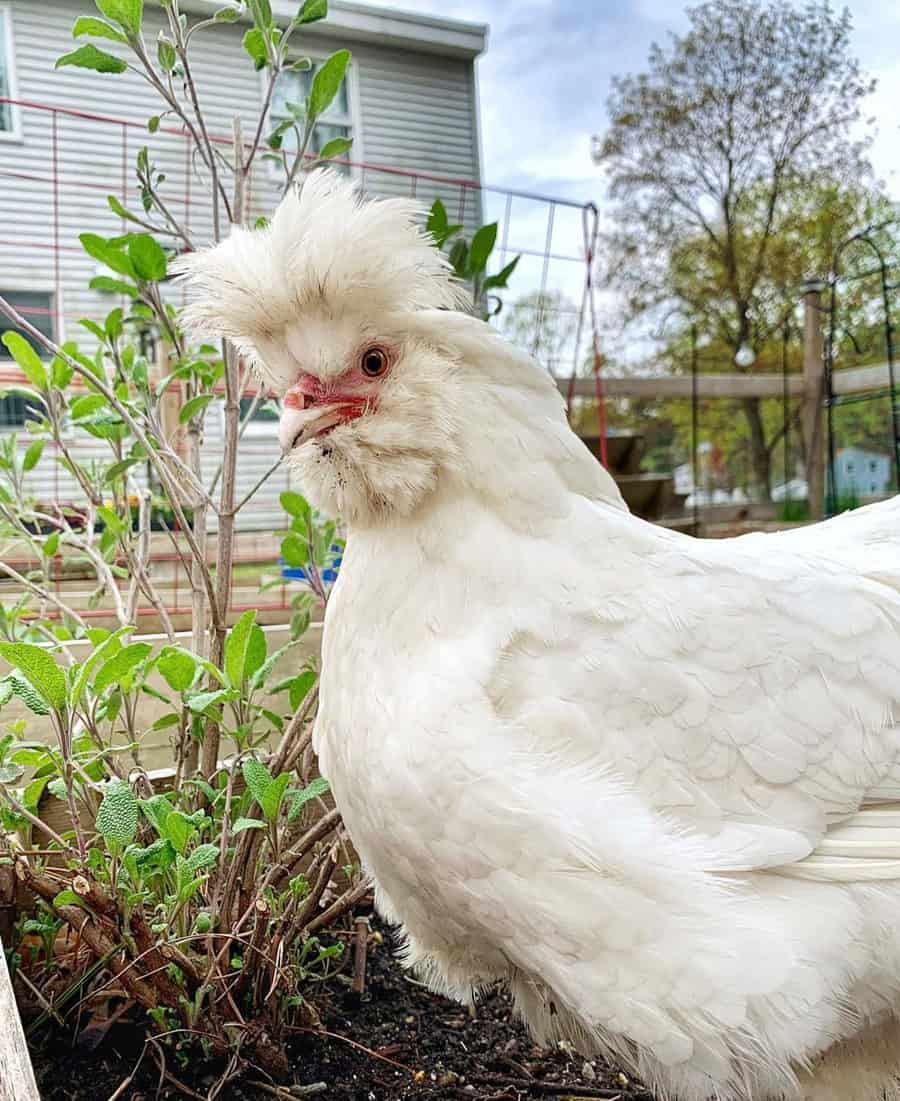 Since different areas have different predators, it’s important to give the protection your chickens need. This can include things like heavy-duty fencing, enclosures that can’t be easily broken into and a home that locks up.

Different predators can get into different things, so it’s important to make sure you know what predators are around you so you can make it harder for them to get in.

One final tip for raising these birds is to use various accessories if it makes things easier and makes your birds happier. You don’t necessarily need something, but it might be something you decide you don’t want to do without. Some of these are listed below.

With all this information, it’s quite surprising that the breed is on the critical list. They are relatively easy to take care of and they have a fantastic personality to go with their beautiful appearance. They produce a decent amount of eggs and have minimal health issues that are related directly to the breed. It’s a nice breed to add to your flock and backyard. 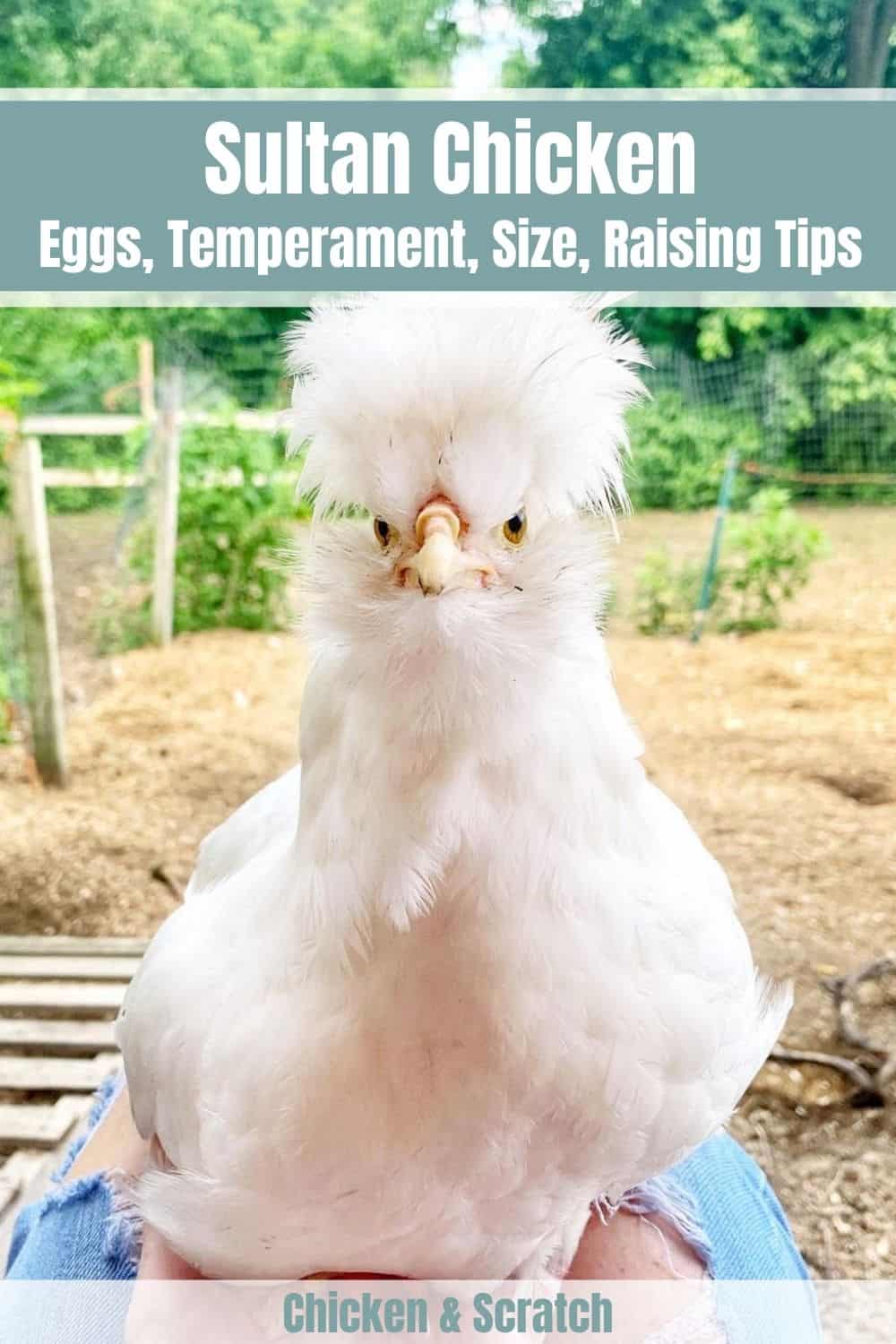