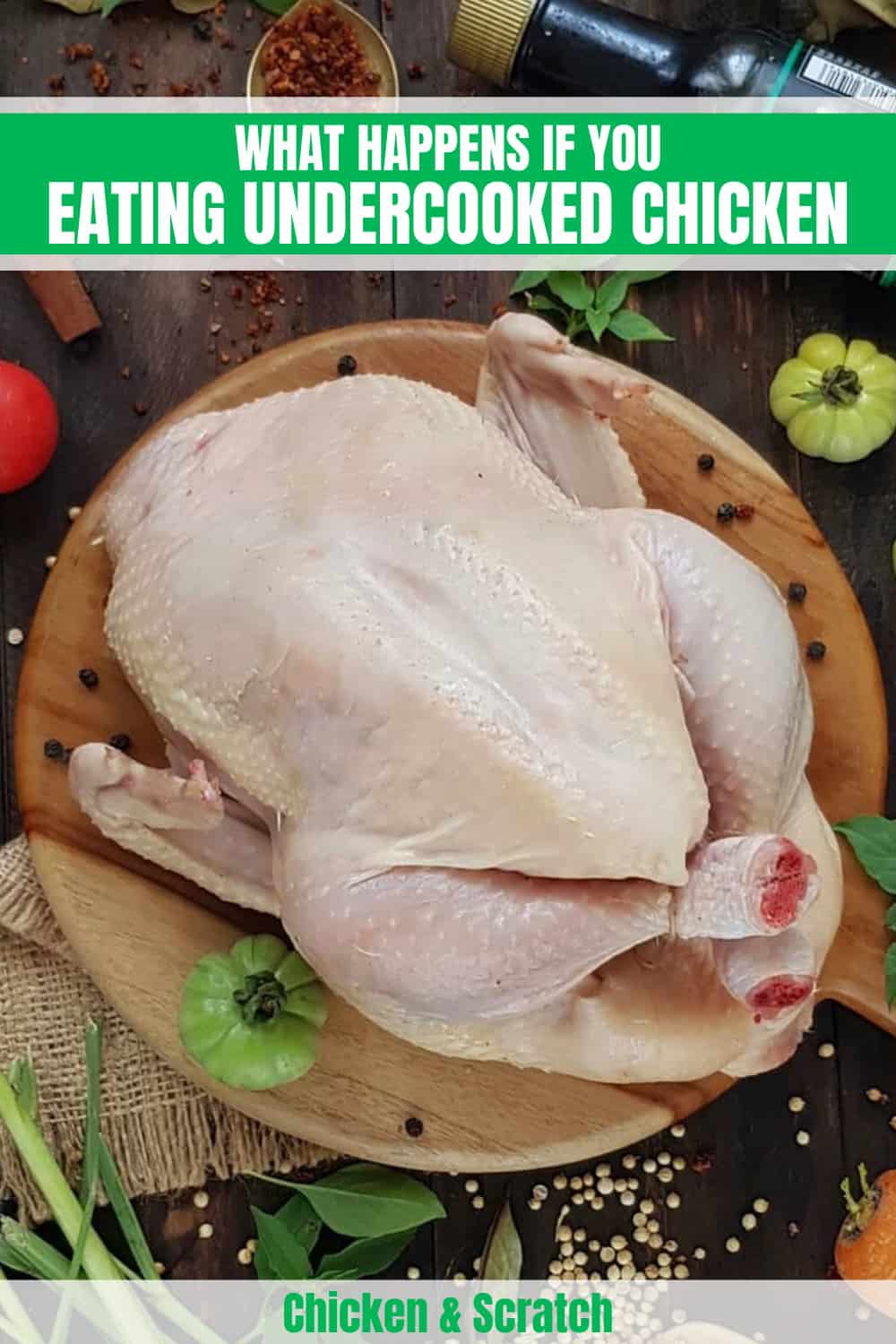 Aside from adding flavor to the food, there are other reasons why we cook our meats. Cooking makes it easier to eat and digest meat, and it is the best way to kill off microorganisms. This is especially important with chicken. What would happen, though, if you were to eat raw chicken?

Pathogens Associated with Raw Chicken and Their Symptoms

Chicken is an immensely popular item on the menu. It is a lean source of protein that is extremely versatile for cooking countless dishes. Of all the meats, though, poultry is the one meat you want to ensure is cooked properly before serving.

The recommendation from the FDA advises chicken is not fully cooked until it reaches an internal temperature of 165 degrees Fahrenheit.

The primary reason for this is to be sure that the harmful bacteria on the chicken are killed off. This is achieved by allowing the meat to reach at least 165 degrees, regardless of the cooking method.

Microorganisms are a part of life. In fact, all living creatures carry them. The ones we must be careful with are the disease-producing agents called pathogens such as viruses, bacteria or other microorganisms.

When it comes to raw chicken, the pathogens routinely present include:

As per the CDC, Salmonella bacteria alone is responsible for 1.35 million infections in the U.S. each year. Of those, 26,500 people end up in the hospital. The discomfort from food poisoning lingers in a way that is recognizable.

It may even be some time between the onset of symptoms and when you consumed the infected meat. Different pathogens take different amounts of time for their effects to materialize.

In some cases, it may only be a few hours while with others it may be days. The symptoms can last from a day to as much a week.

Sickness that results from eating under cooked chicken is called foodborne illness. More commonly, it is simply referred to as food poisoning. These different pathogens can produce many of the same symptoms, such as:

Symptoms can vary in duration and intensity and can occur soon after eating or, in some case, several days. This can make it difficult to pinpoint the culprit. You could very well be suffering from a previous meal that was not the chicken in the first place.

Healthy adults have the least problems getting over food poisoning. However, some foodborne illnesses are more serious and may cause secondary infections.

The intensity of enterococcus, for instance, may require antibiotic treatment. Most threatening of all these pathogens is the E. coli because it can be life-threatening.

Those most at risk are the usual suspects: Children, the elderly and those with a weakened immune system. Whether the discomfort is tossed off as the stomach flu or labeled as 24-hour flu, one thing is certain: You can avoid this physical distress by simply following the safety guidelines.

What to Do When Stricken with a Foodborne Illness 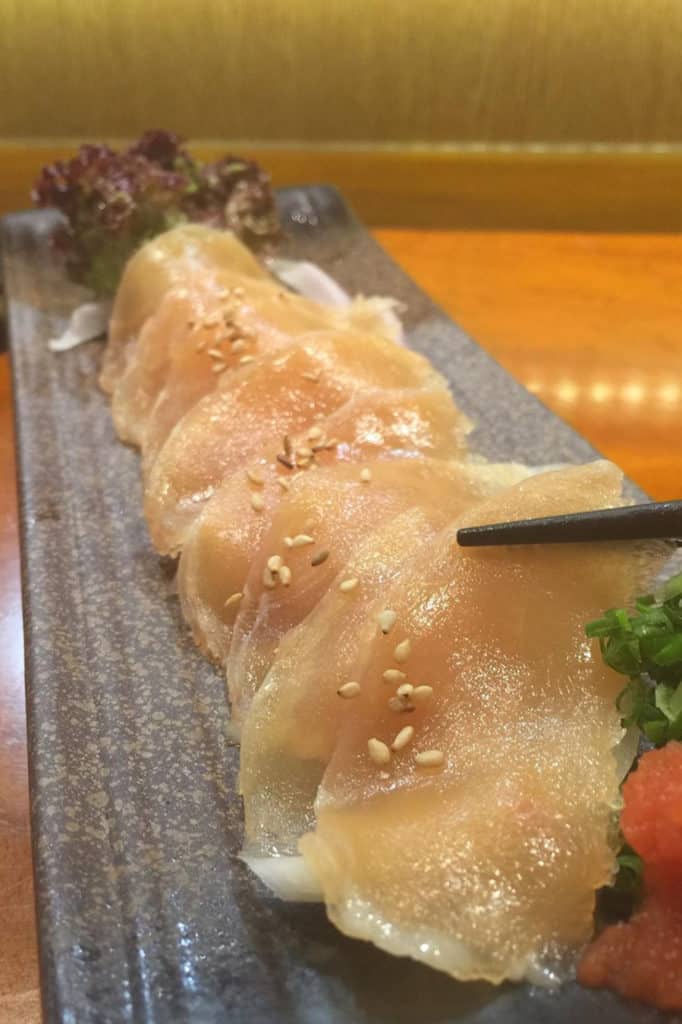 One need not eat a lot of raw chicken to experience symptoms of foodborne illness. The unpleasant effects can be experienced from simply mishandling chicken.

Even the juices from raw chicken can spread illness from cross contamination. You should be diligent when it comes to washing your hands. Pathogens are nothing if not persistent and spread very easily by contact.

If you get sick from food poisoning, it is best to face it head on. Plan to be out of commission for the duration. You will need to be near your bed and your bathroom.

You must stay hydrated as the body loses fluid from the diarrhea. Sipping such clear fluids as water, broth or beverages that provide electrolytes help replenish needed fluids to prevent dehydration.

People who become ill from eating raw chicken typically do not suffer any long-term health issues and recover quickly.

For others, however, the foodborne illness leads to serious health complications and may even require hospitalization. Symptoms associated with severe illness from eating raw chicken may include:

If you find you are experiencing any of the severe symptoms of foodborne illness, your first step is to see your doctor. The body’s immune system goes into action to fight off disease. When the fight takes on such a severity, the immune system in overdrive can cause more damage than it can heal.

Without the help of medicine that can only be prescribed after proper diagnosis, the risk is remarkably high. Those in the high-risk category experiencing persistent symptoms, a fever or bloody stool must seek medical treatment. 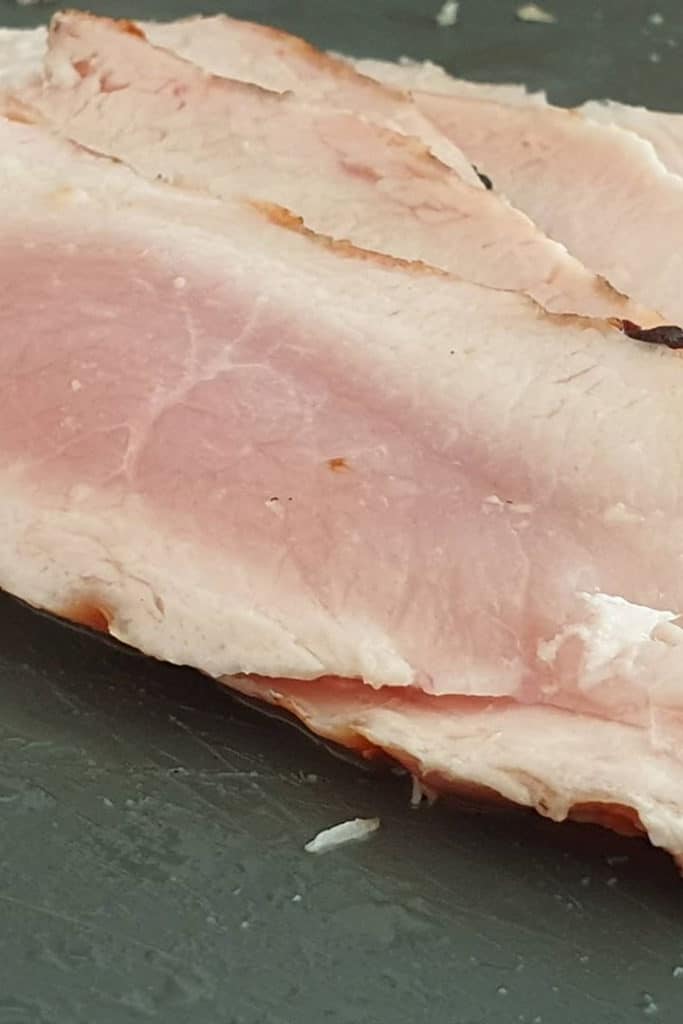 You can safeguard yourself and anyone who enjoys the chicken you serve by following the prescribed methods in food preparation. This and cooking chicken to the internal temperature of 165 degrees ensures no one gets sick from eating raw chicken.

The first thing to be aware of is that raw chicken must be safely stored in the refrigerator. This includes proper wrapping and even double wrapping to prevent any raw juices from dripping out.

Logically, you should store the raw chicken on the lowest shelf so that nothing underneath is subject to these drips.

Make sure your refrigerator maintains a temperature not to exceed 40 degrees. If you are freezing chicken, your freezer should maintain no more than zero degrees. These are the food-safe temperatures advised by the FDA.

You should plan to hold raw chicken no more than two days in the refrigerator. When raw chicken is out of the cooler, it should not be at room temperature for more than two hours. Otherwise, it is into the oven or back into the fridge.

Frequently washing your hands is good practice both as a precaution and as a preventative measure against cross-contamination. The FDA advises against washing raw chicken because the splashing water carries pathogens with it to areas in your kitchen you may not notice.

You want to thoroughly sanitize work surfaces where you have prepared raw chicken, including cutting boards and utensils. You should have a dedicated cutting board for preparing poultry.

You risk cross-contamination when using the same cutting board for raw chicken that you use for cutting fruits and vegetables. Soap and hot water are enough to clean your work surfaces and leave your kitchen free from contamination.

Closely follow any package instructions whenever you are cooking chicken that has already been prepared. Use a meat thermometer near the end of the cooking time. Chicken is not done cooking until it reaches an internal temperature of at least 165 degrees.

You do not have the advantage of being able to see dangerous pathogens in chicken. It is often advised that chicken is done when the juices run clear rather than pink.

Sometimes there is blood remaining in a vein or near the bone. You have two choices when it comes to being sure your chicken is fully cooked.

Either you can overcook it and gain the reputation that comes with it, or you can use a meat thermometer. Instant-read or leave-in meat thermometers are available to know if your chicken has reached the internal temperature of 165 degrees.

You want to take the temperature in the thickest part of the meat without hitting bone, fat or gristle. A good explanation of taking the temperature of cooked chicken is available here.

If you dine out and suspect the chicken dish you ordered is not cooked enough, send it back. The only dish that is prepared by professional chefs that uses raw chicken is Sashimi.

The professional chefs prepare this by using the innermost meat from inside the breast, which is the least subject to pathogenic diseases. Otherwise, it is smart to avoid any trendy dishes that tout the use of raw chicken. 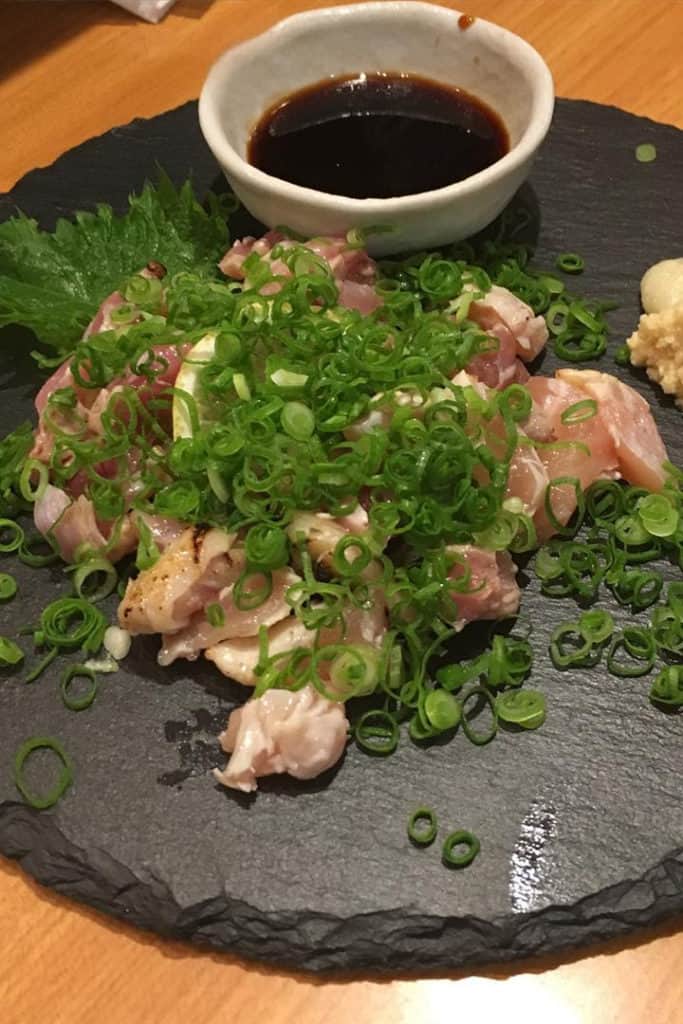 In conclusion, you can take the necessary precautions to prevent sickness from eating raw chicken. Careful handling from when you buy raw chicken to when you serve it will keep you and your family safe.

Following the safety guidelines on handling and cleaning up after preparing raw chicken will ensure pathogens are not spread further. Using a meat thermometer to be sure you have cooked the chicken to the proper internal temperature is your best safety gauge.