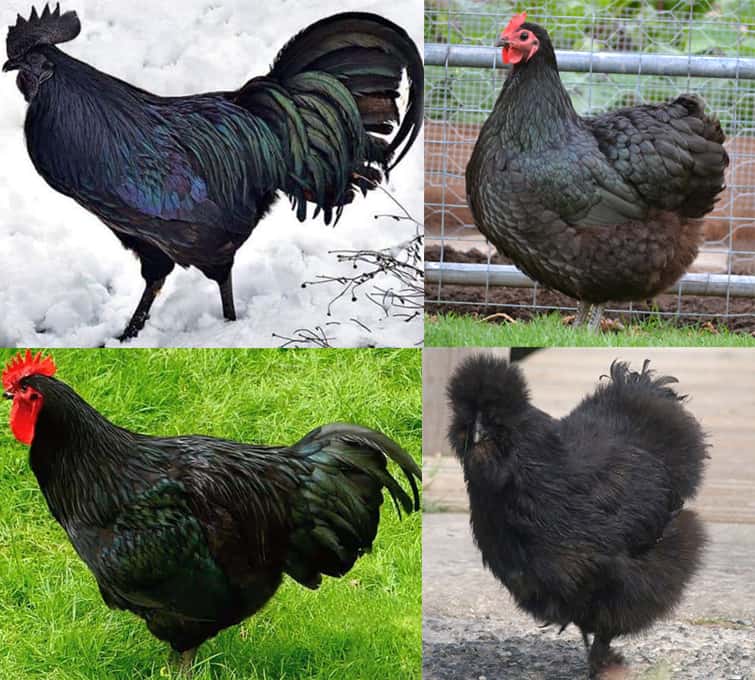 When most people think of chickens, the first image that comes to mind is a white or brown hen. These people would be surprised to know that many varieties of chickens only sported black feathers originally, and these other colors appeared later on as the family tree grew. There are still many black chicken breeds available today.

While the simplistic beauty of an all black chicken draws people’s attention, selecting a chicken because of the color of their feathers may result in choosing the wrong type of chicken for your needs. Chickens have been selectively bred for color and bred for different purposes. One chicken breed does not fit all chicken keeper’s needs.

Ayam Cemani – The Most Expensive Breed of Black Chickens 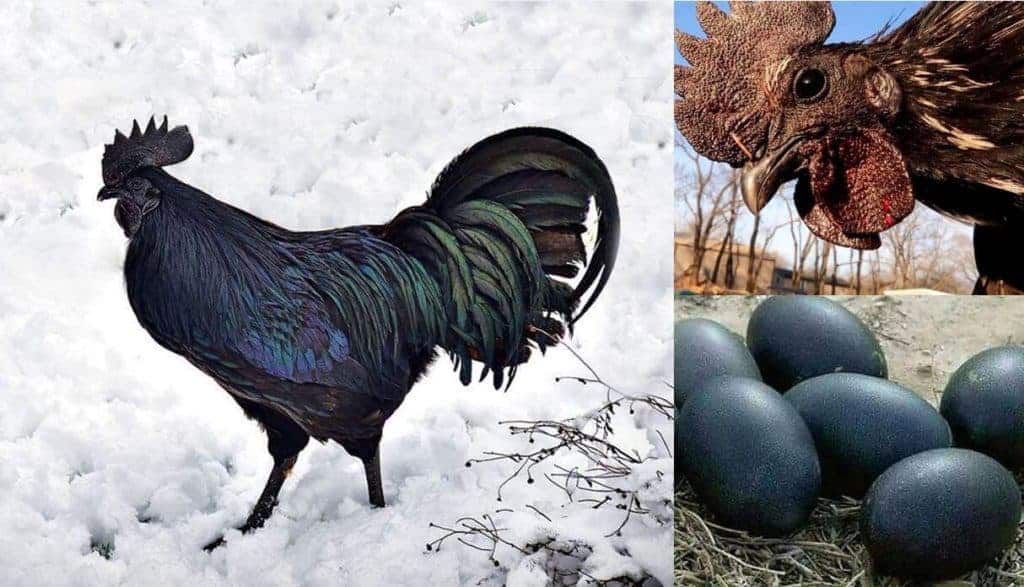 Originating in Indonesia, the Ayam Cemani chicken is the most expensive of the varieties of black chicken breeds. Some people pay over $1,000 for only one of these chickens!

Their solid black physical appearance is strikingly beautiful and has resulted in them traveling from Indonesia to be kept in many other countries. Every part of the Ayam Cemani is 100% black as a result of their melanin pigment. In the sunlight, their feathers may have a gorgeous iridescent green tint similar to that of beetles.

They are primarily kept as ornamental pets, partly because of their beauty, but also because the hens only lay 1 egg per week. Although their entire anatomy is completely black, their eggs are not black. It is not uncommon for these chickens to be advertised as black egg layers to obtain a higher price. Buyers beware; in reality their eggs are white with a pink hue.

Indonesian culture says that the Ayam Cemani chicken brings its owner peace and good luck. They are also believed to have healing abilities; there are many recipes for this chicken, and eating them is believed to cure or improve health conditions. Read more about Ayam Cemani.

Compared to the other most popular black chicken breeds, the Silkie chicken is the best black chicken for families with children.

Silkies are popular for families with children due to their docile and friendly nature and their very soft feathers. While many are kept as pets for this reason, these hens have very strong motherly instincts and are known for their brooding habits.

These ladies are very optimistic; they will try to hatch almost anything they find that looks like an egg to them! Despite their renowned mothering abilities, silkies do not lay many eggs; they tend to average 4 eggs per week.

The Silkie originated in ancient China, and when people saw these furry chickens, they quickly became popular around the world.

They have been bred in a variety of shades of brown, solid black, and solid white. There are bearded and no-bearded varieties. All varieties of silkies have feathered feet, which make them look like they are wearing slippers. These hens sport bright blue ears, black skin, and their meat is gray to black in color.

Silkies are only bred in one size; bantam, which is considered smaller than most breeds of chicken. Due to their size and their inability to fly, they are popular in small back yard flocks.

While the silkie’s feathers are fun to pet, they are a disadvantage in colder climates. These hens have been known to succumb to death rapidly in wet and cold weather, making it crucial that they have a warm indoor space during cold weather.

These hens do well in warm climates, but just like any other chicken, they need access to fresh water, shade, and if the temperature rises high enough, fans.

Silkie owners must be prepared to dry off their chickens when they get wet, as their feathers do not repel water effectively and it is unhealthy for them to stay wet.

If allowed to stay wet in cold temperatures, this may be lethal for them. If they are wet enough, they may require towel drying or even the assistance of a blow dryer! Read more about Silkie chicken. 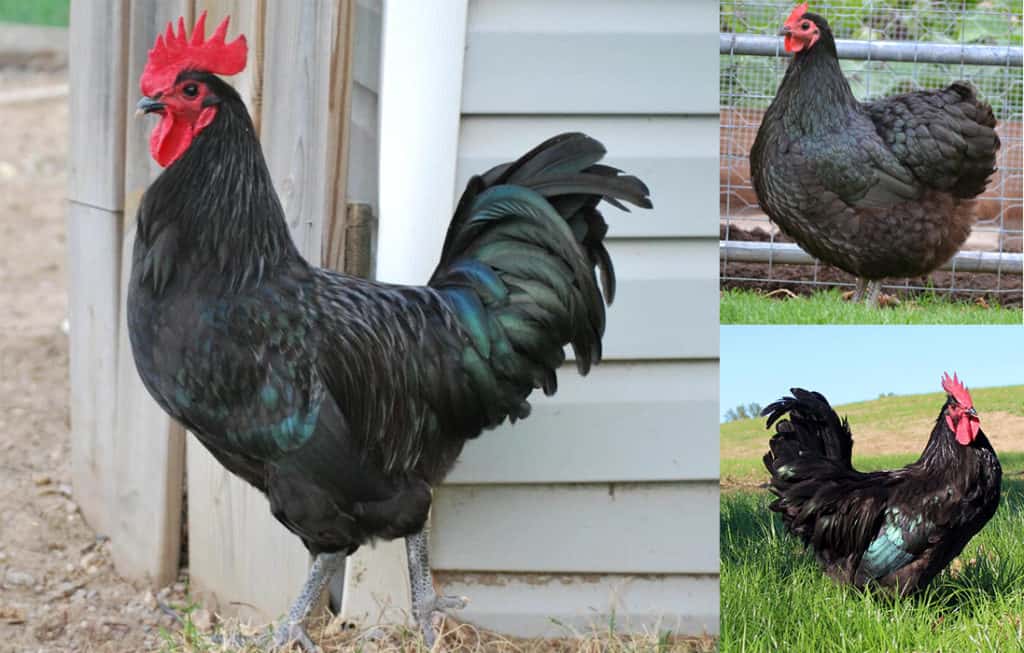 The Australorp Chicken is the best egg laying chicken among the most popular black chicken breeds.

The Australorp Chicken is the Australian version of Britain’s Orpington chicken, which is one of the most commonly kept breeds of chicken.

These chickens are bred in bantam and large varieties. In the sunlight their feathers are iridescent. They are known for their graceful walk and love to forage around their yards.

The Australorp can live in a variety of climates; both cold and hot. However, they tend to do better in cooler climates and they are less tolerant of heat. In general, they are very easy to care for and fairly hardy chickens.

Australorp chickens are the most reliable egg laying hens among the most popular black chicken breeds. On average, Australorp hens lay approximately 5 eggs per week.

Australorp chickens are also great for families with children. They have very sweet personalities and often follow their owners around the yard. Some even enjoy sitting in their owner’s laps and being cuddled.

Australorps can be a bit shy and it is not uncommon for them to be the victims of bullying by other chickens. Be sure to carefully choose flock mates to avoid them being bullied by bolder breeds of chickens. Read more about Australorp Chicken. 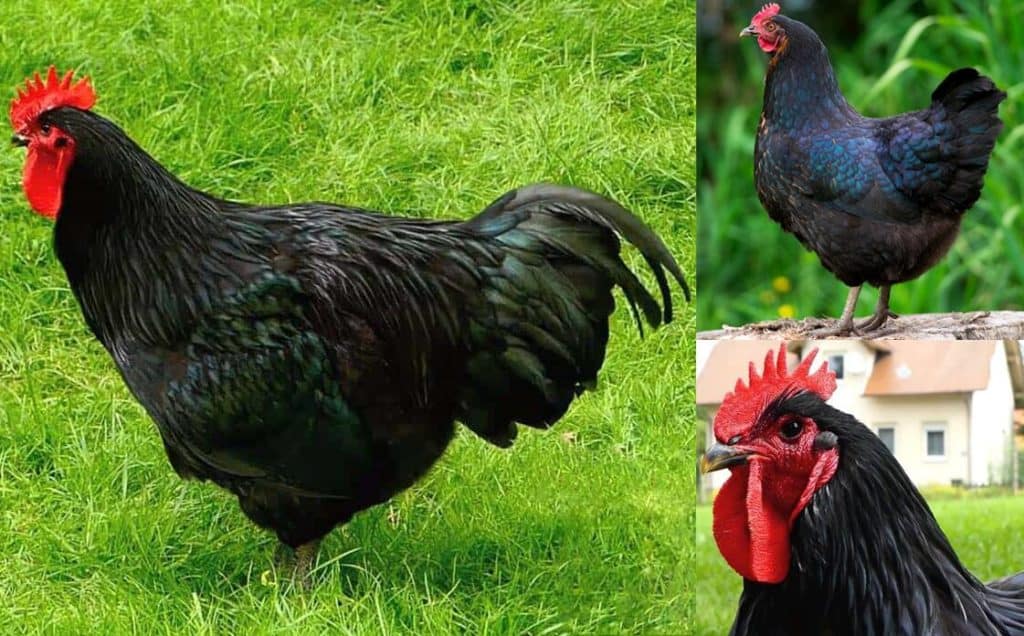 The Jersey Giant Chicken is the best chicken to raise for meat among the most popular black chicken breeds.

As you probably guessed from their name, these chickens were bred to be the biggest. They are being bred to their “giant” size was done in an effort to replace or compete with turkeys.

In addition to being a good chicken to raise for meat, the Jersey Giant is also kept for their eggs. Happy Jersey Giant hens may lay up to 3 eggs per week.

Luckily for Jersey Giant keepers, they are gentle giants with a docile nature. Children often enjoy assisting with their care and many families keep them as pets.

These chickens tolerate cold weather better than hot weather. They enjoy having the ability to forage around their yard. While this would not be safe for most varieties of chickens, due to their size, Jersey Giants are less likely to become the next meal of a bird of prey and as a result, many owners give them the freedom to explore.

Jersey Giants are rarely raised for meat commercially because it takes them approximately 8 months to reach their maximum mature size. As a result, they are mostly kept by small hobby farmers or back yard chicken keepers. Since this breed is less common, they would be a unique addition to your flock. Read more about Jersey Giant Chicken. 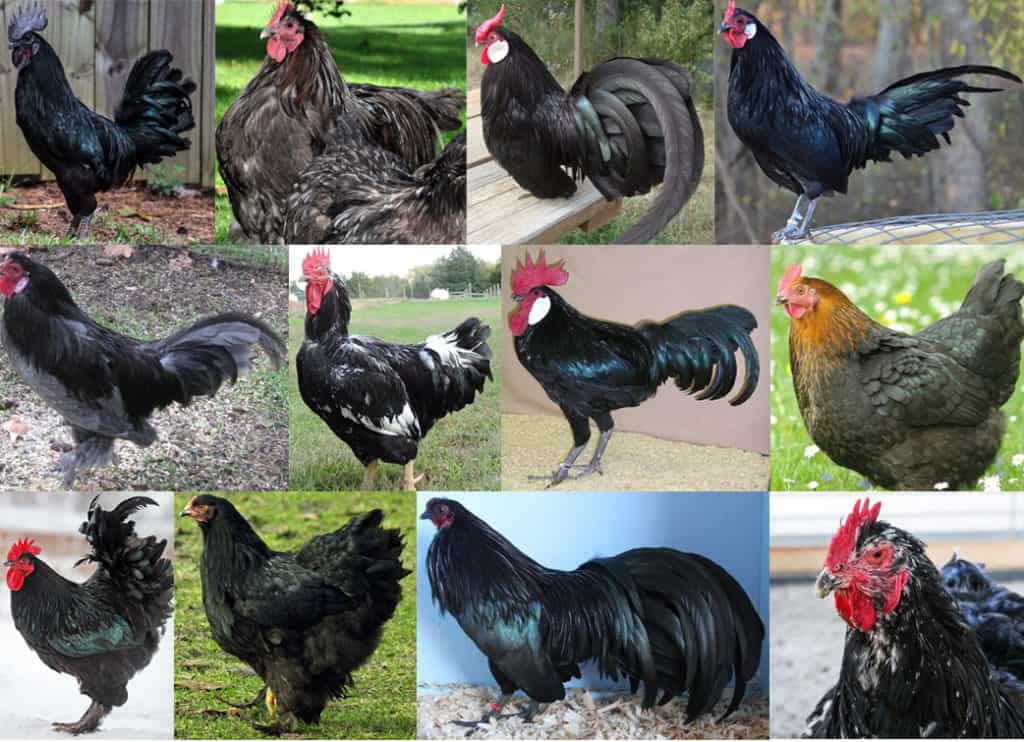 If you are interested in researching other black chicken breeds to add to your flock, here is a list of additional varieties to explore:

Before bringing home the first of the black chicken breeds you come across, be sure to research what each variety was bred for to ensure that you add the right chicken to your flock.

Chicken Scratch & The Foundry is a participant in the Amazon Services LLC Associates Program. As an Amazon Associate, I earn from qualifying purchases by linking to Amazon.com and affiliated sites.
Write for Us
Email: joseph@cs-tf.com
0 Shares
Tweet
Pin
Share