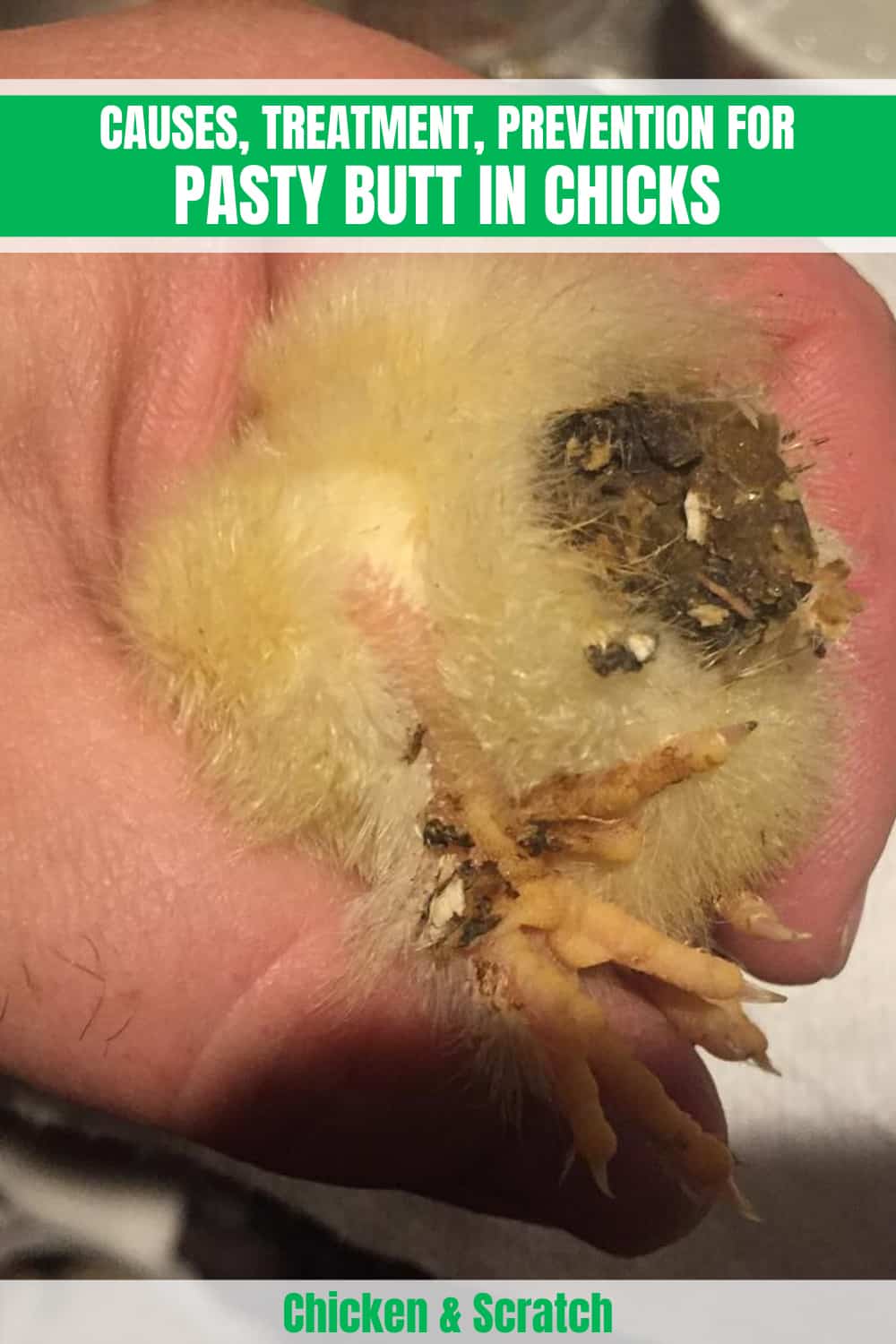 Have you noticed a crust of poop on your newly-hatched chicks’ vent? Pasty Butt, or pasting, is a widespread condition in baby chicks and could be fatal if left untreated. I’ve had to treat many of my young pasty butt chicks over the years and this came on the heels of losing my chicks because I didn’t know what to do.

Having a pasty butt chicken can be irksome. We also don’t want you to lose any chicks, so we’ve put this article together to help you deal with this condition among your chicks.

Pasting occurs when poop comes out of the vent and sticks to it instead of falling off. Over time, the poop builds up, and the butt becomes clogged. Consequently, it becomes impossible for the baby chick to release excreta, and this is dangerous to the chick’s health.

To safely remove pasting, you need to have a good understanding of the chicken’s anatomy. The chicken’s anatomy reveals an orifice (the vent) from which the chick passes out excreta. Many people mistake the vent for the belly button and vice versa. When cleaning up the chick’s pasting, it’s critical not to mistake one for the other.

You should also be careful not to tug at the chick’s belly button. In a newly-hatched chick, the belly button has a fold of tissue that should become dry and fall off in a couple of days. Pulling on this tissue could lead to disembowelment and fatal complications, so you have to be very careful. 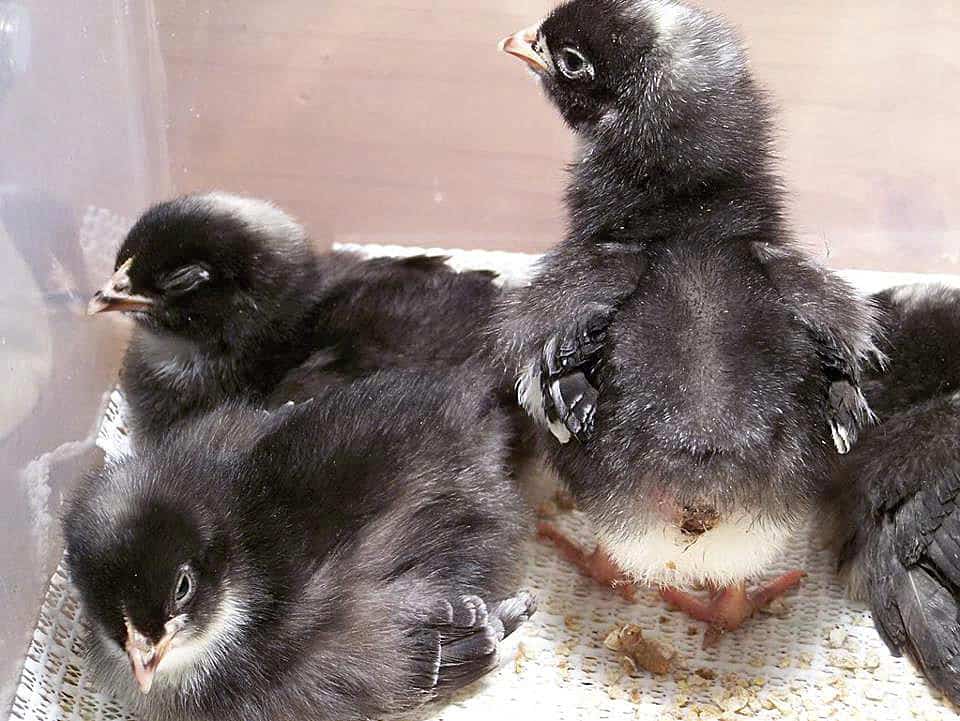 The earlier you spot pasty butt in your chick, the higher the likelihood of your chick’s survival. As such, you should always watch out for the following symptoms:

Noticing that your chick has a pasty butt before the manifestation of these symptoms is even better.

Pasting usually occurs in chicks that are less than three days old. However, some diseases can lead to pasty butt in chicks that are over a week old. It’s improbable for chicks raised by a brooder hen to get a pasty butt. The reason is simple: they are not affected by the stress of mailing and temperature changes.

The major causes of pasting in newly-hatched chicks are temperature change, stress, and improper dieting.

Baby chicks that are sent via mail usually experience a change in temperature that might clog their vents. Also, such chicks are usually dehydrated after a long journey, and giving them water that’s less than 35°C can cause their butts to paste.

Besides temperature changes due to transportation, heat lamps, commonly used in chicken coops, can also cause the newly-hatched chicks to overheat, leading to a blockage in their orifice.

A major cause of pasting is the ingestion of food ingredients that are difficult for the chicks to digest. This results in the chicks having to excrete a more viscous and stickier poop that eventually remains on their butts. 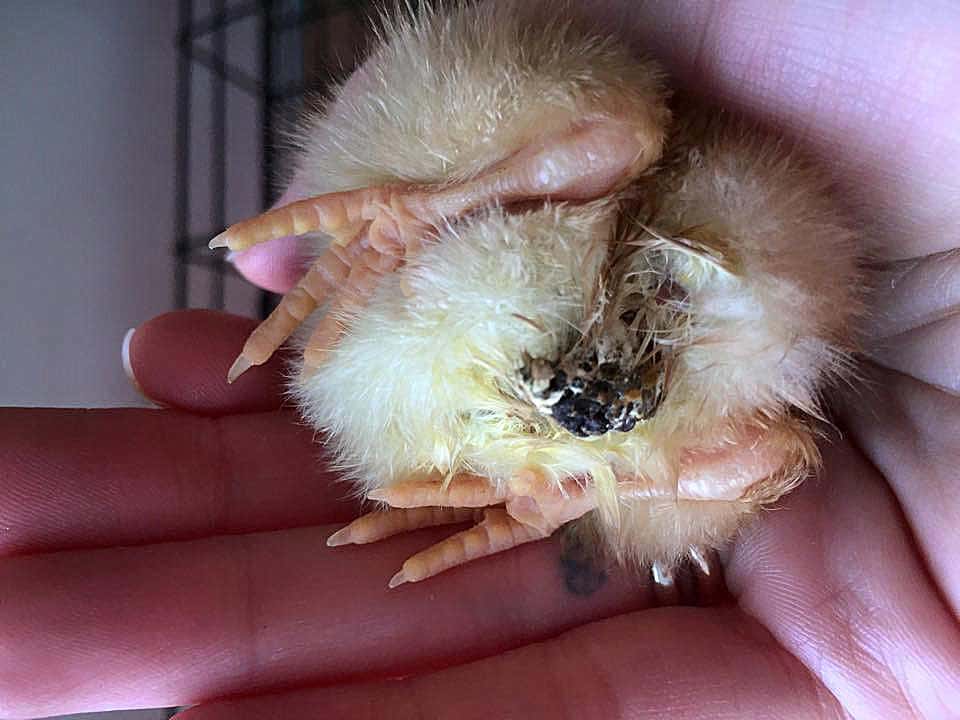 The common reason for this is the chick’s under-developed digestive system. Young chicks’ digestive systems aren’t fully developed with enough enzymes to break down these food materials. This explains why pasty butt isn’t common in birds over a week old as they are capable of producing enough digestive enzymes.

For some people, adding electrolytes to the drinking water of their chicks is an excellent way to enable them to recover from the stress of traveling.

While such medications are generally healthy for your chicks as they enhance immunity, excess electrolytes can lead to pasty butt. More often than not, what baby chicks need is fresh, clean water even when they show signs of disorientation.

In most cases, when you notice a recurring case of pasting in your chickens, it’s likely due to the type of feed they’re consuming. For instance, some feeds made from soybean have been reported by many poultry farmers to cause pasty butt in baby chicks.

Sometimes, chicks can get infected with viruses and bacteria, leading to diarrhea, which is a risk factor for pasting.

Chicks sent by mail and those raised in incubators experience stress, which translates to pasting.

If you’re new to homesteading, and you’re buying baby chicks (usually under three days old), ensure you don’t get those with poop sticking to their vents. Also, ensure you check the chicks’ vents immediately you get home. If any of them has a clogged vent, initiate treatment immediately, and keep an eye on them after that. 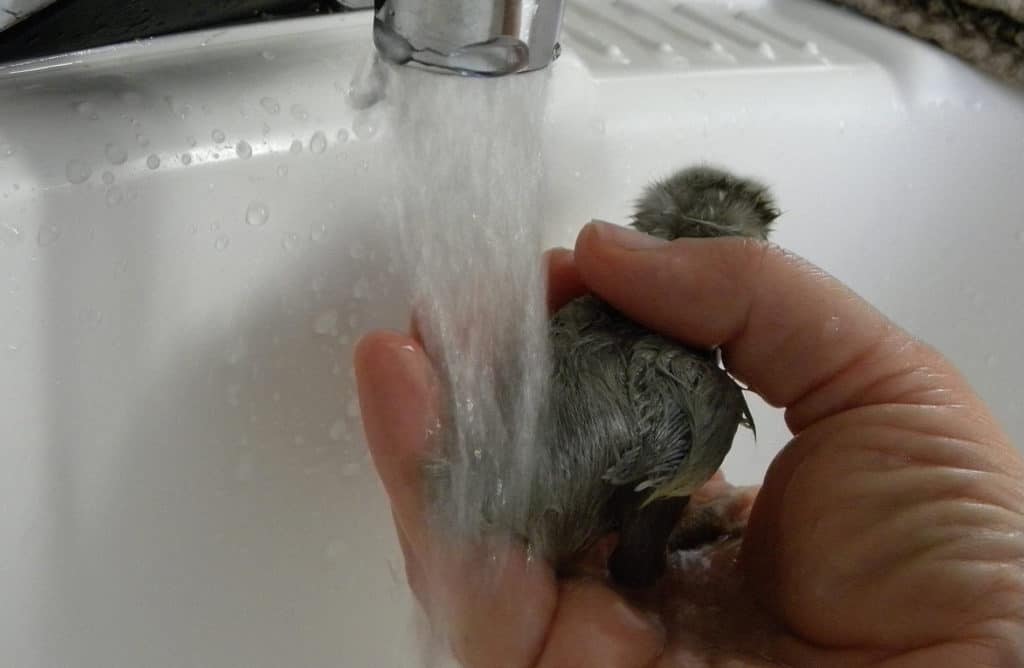 Here’s a routine of what we do to treat our baby chicks when they come down with pasty butt:

1. Clean up the Vent

The first thing to do is to clean the butt of the chick. Gently and softly wipe the butt with a napkin or washcloth dipped in warm water. Do not try to forcefully pull the excrement when it’s dry because you could tear the chick’s skin, and even damage the vent.

As an alternative, you can place the backside of the chick under running warm water. The warm water will help loosen the hardened poop and open up the vent. If the excreta is very dry, you can use a cotton swab to dislodge them. It’s a pretty straightforward process and takes just a couple of minutes to perform.

After cleaning the vent, dry the chick with a paper towel or a hairdryer set on low heat and held 10 inches away from the chick’s butt.

To prevent chaffing, I always apply Vaseline to the chick’s butt. After cleaning and drying the chick, take a little portion of Vaseline with a cotton wool applicator and apply it to areas surrounding the vent.

That way, the excreta won’t stick the next time the chick tries to poop. If you prefer a similarly effective but natural alternative, you can opt for olive oil.

The next thing is to put some cornmeal on a tray and let the chicks forage on them. 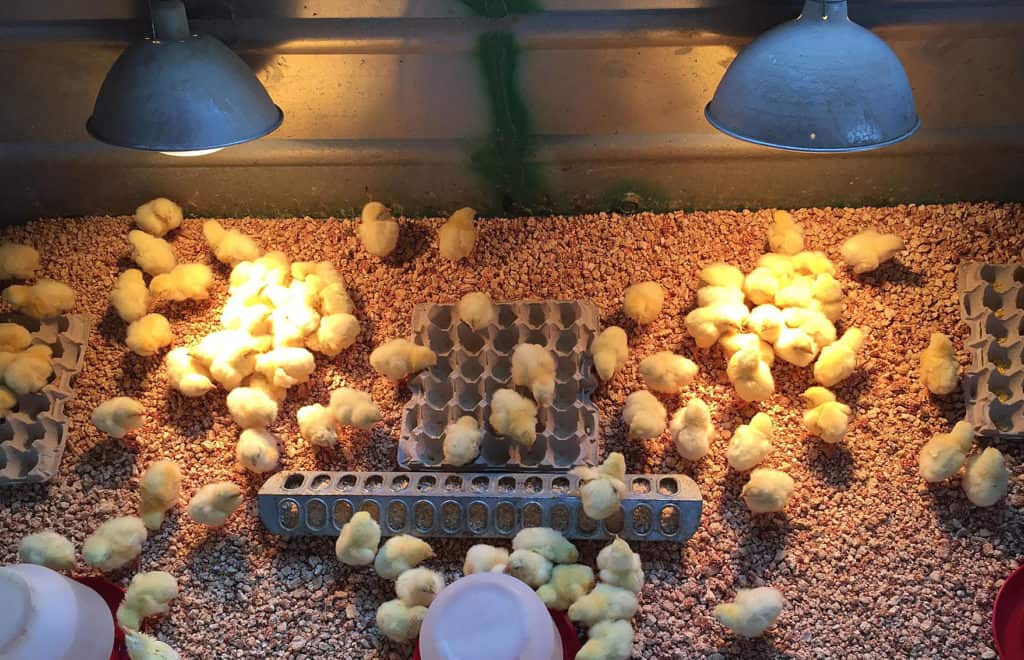 Just like with every disease, prevention is far more cost-effective and time-effective than treatment. It’s better to take the necessary steps to prevent your baby chickens from developing pasty butt in the first place. We’ve done the following over the last couple of years and had brilliant results

1. Pay Attention to Their Diet

What’s in their food? What’s in their water? In our poultry, we add probiotics to the chick’s water. Probiotics help boost the immune system by aiding digestion and the absorption of nutrients.

Besides probiotics, we also add organic apple cider vinegar to their water. This is a very common practice among poultry farmers. You can add two tablespoons to a quarter of the birds’ drinking water to prevent the clogging of their butt.

There is, however, no direct scientific evidence that organic apple cider vinegar can help prevent pasty butt, but it remains a healthy supplement.

Heat lamps are potentially hazardous, with a temperature far above the recommended average for brooding. Newly-hatched chickens flourish in places with temperature ranging from 60OF to 70OF.

As a rule, I don’t use heat lamps for my young chickens as they are arguably the most harmful heat source for baby chicks. Instead of heat lamps, I stick to alternatives like radiant heat plates, which are remarkably safer and more energy-efficient.

It’s also important to monitor the body temperature of the chicks. You can easily gauge their level of comfort by watching their position in the brooder; when they cluster while awake, they’re probably cold. Make necessary adjustments like increasing the room temperature to make the chicks comfortable.

Scramble up an egg and feed the chicks with it to supply them with protein. We do this immediately after cleaning up the chicks’ vents. We first learned of this method when we had recurring cases of pasting in our new poultry. Over half of our baby chicks had pasty butts, and we had to find a permanent solution.

What we did was to mix scrambled eggs with the chick’s feed and offer it to them. It helped to clear things up, and we didn’t record any other incidence in those birds.

4. Keep the Brooder Clean and Comfortable

Keep your brooder clean to forestall bacteria growth and spread that could make the situation worse. The brooder has to be extremely comfortable for the young birds, with clean water and healthy feed available at all times.

Treating your baby chicks of a pasty butt is a pretty easy endeavor. However, ignoring it can lead to the chick’s death, so initiating immediate treatment is vital. Implementing preventive measures against pasting is a better way to reduce the likelihood of losing your chicks to the condition.

As a poultry owner, you must take the following steps in protecting your newly-hatched chicks from developing pasty butts:

If you have any questions about pasty butt in chicks, feel free to drop them. I’ll respond to every one of them.

5 thoughts on “Pasty Butt in Chicks: Causes, Treatment and Prevention”